River Gate is a bit of a misnomer—there is no actual gate at River Gate. Instead, a pair of squat watch towers commands the Svart’s course were it begins to widen before flowing into Hard Bay. Each of these watchtowers is heavily fortified and topped by ballistae capable of sweeping the river. 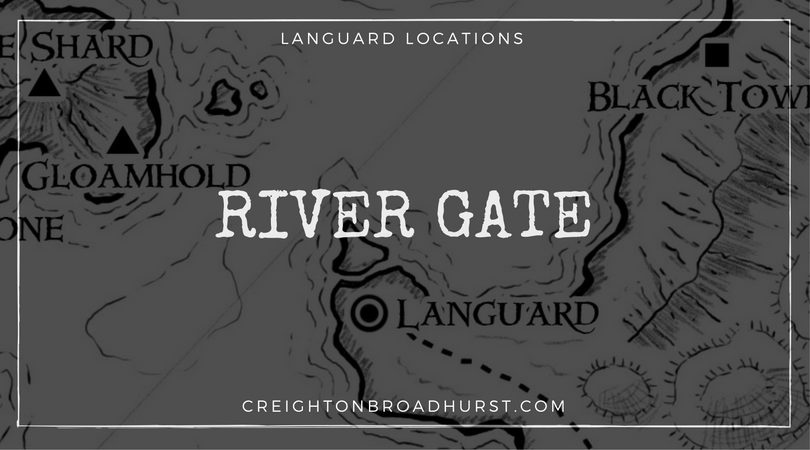 Each tower also boasts a small dock from where the garrison can intercept any vessels entering the city. Unless they are bored, or the day is slow, the men-at-arms don’t usually bother with small craft—rowing boats and the like—and only meet vessels obviously bringing trade goods into the city. While vessels entering the city are subject to pay a toll, those leaving are free—literally and metaphorically—to do so. River traffic is light as the Svart is not navigable by ocean-going ships vessels beyond a few miles south of the city. Thus, those after an easy time seek out a posting to River Gate.

Languard is the capital city of Ashlar and closest settlement of note to Gloamhold’s benighted halls. This article is a first look at the location, which will appear in its final form in Town Backdrop: Languard which will be published by Raging Swan Press in early 2018.