We’ve been playing for over 70 sessions. In that time, party members have come and gone. The current party roster comprises: 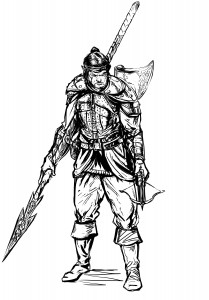 Additionally, other “off camera” party members of note include:

As well as the above individuals, there are about a half-dozen or so minor party members who have spent an adventure or two in the group.

And there you have it – a somewhat complete list of the party members to date. A final note, some of the information above is slightly inaccurate as not all the PCs are totally honest about their exact class mix.The above is what is generally assumed by their fellow adventurers.

4 thoughts on “Our Heroes”