That’s not how it works!” “Yes it is.” “No it isn’t.” Every campaign and game needs house rules. Beyond mere mechanical tweaks they often handle crucial aspects of the session. Having a list of house rules minimises disagreements and maximises fun. 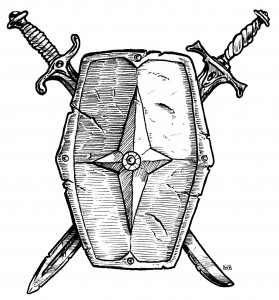 In my experience, almost every game has house rules, but few GMs take the time to write them down. That’s a shame as producing a house rules handout is an excellent idea. Such a document lets the players know exactly where they stand and reduces misunderstandings and arguments.

Having made a list of house rules, a GM should make certain everyone has a physical copy. The GM should also update and review them at the start of every new campaign.

Do you have any other (system neutral) house rules you think are crucial to a successful game? Let us know in the comments below and help your fellow GMs run a better game.

5 thoughts on “GM Advice: Excellent House Rules For Your Campaign”