I have a plan, We rush in and slay them all!” How often has that been heard at your gaming table? But to be successful, adventurers must consider many more factors than simply how to get to the enemy quickest. 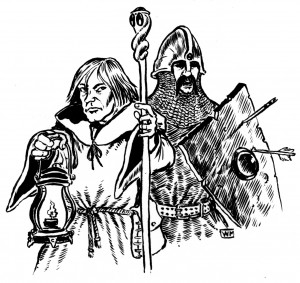 So that’s my second take on the principles of adventuring. How does this version stack up against my previous article on the subject? If you have any suggestions about successful adventuring share them in the comments below and help your fellow players adventure more successfully.

2 Comments Share Tweet Print Email
Categories: Gaming Advice, Player Advice
Disclosure of Material Connection: Some of the links in the post above are “affiliate links.” This means if you click on the link and purchase the item, I will receive an affiliate commission. Regardless, I only recommend products or services I use personally and believe will add value to my readers. I am disclosing this in accordance with the Federal Trade Commission’s 16 CFR, Part 255: “Guides Concerning the Use of Endorsements and Testimonials in Advertising.”