No.” Is there any more hated word for a player to hear from his GM? 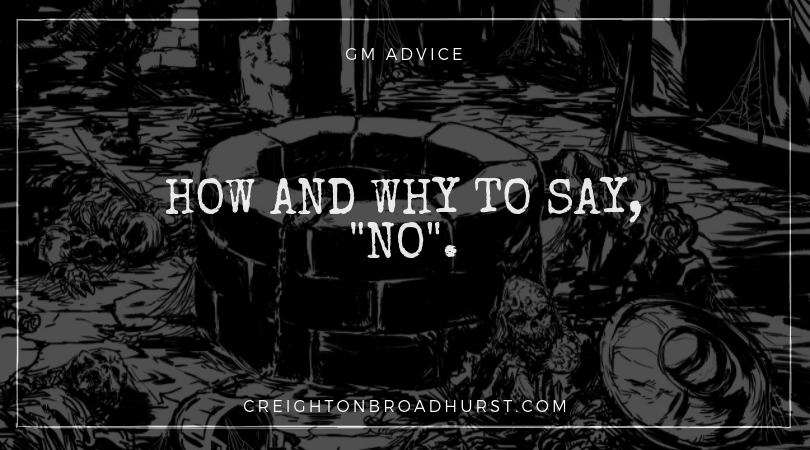 In recent years, the trend in the GMing has been to say “yes” or “yes, but…” to your players’ requests. That’s fine as far as it goes, but eventually a GM just has to say “no.” Saying “no”, though, can be unfun. What’s a GM who cares about the players’ to do?

Given you (probably) play with a group of friends there is an art to saying “no.”

When Almost Never To Say “No”

There is one situation in which a GM should almost never say “no.”

So that’s my take on how and why to say “no.” Do you have any strategies or reasons for saying “no” to a player? Share them in the comments below and help your fellow GMs say no (appropriately) today!