Overlooking the Svart’s tidal estuary, the Fane of the Waves Eternal is dedicated to the Mistress of Storms (Serat, CN goddess of the sea, Storms and Voyages). Here her worshippers bathe in the daily high tides and give thanks for the sea’s unending bounty. 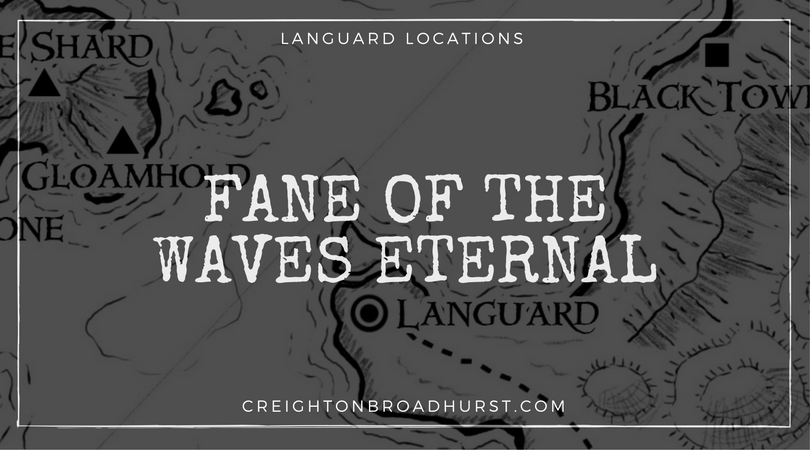 The Fane encompasses a thin spit of land riddled with sea caves and the like jutting out into the Svart’s estuary. Above ground, the faithful maintain a lighthouse and the other facilities one would expect in a temple. In the largest of the sea caves below, the faith have several small subterranean docks exclusively for use by the temple’s flotilla of vessels. Other small sea caves feature cleverly designed tidal pools for the faithful to bathe in while worshipping their mistress.

Many ordinary folk can be encountered at the Fane. A few of its folk, however, are notable. They include:

PC worshippers of Serat could come to Taneli’s notice after a few successful forays into Gloamhold’s depths. Tales of battles against Dagon’s cultists certainly focuses his attention on the PCs.

Alternatively, if the PCs are struggling to find a sailor brave enough to take them to Gloamhold—and crucially wait for them to return—they might visit the fane in search such a redoubtable soul.

Finally, Anafa may spot the PCs in Hard Bay and follow them in animal or fish form to see what they are up to. She could even come to their aid if they are over matched by Hard Bay’s monstrous denizens or ferocious weather.