The home of Darlen’s faithful in Languard, the Watcher’s Spire—also known as Champion’s Abbey—is a heavily fortified temple complex in the north of the city. Girded by 20 ft. walls—and actually part of Languard’s city wall in places—it is an integral part of the city’s defences. Here dwell Darlen’s militaristic followers, in a perpetual state of readiness. 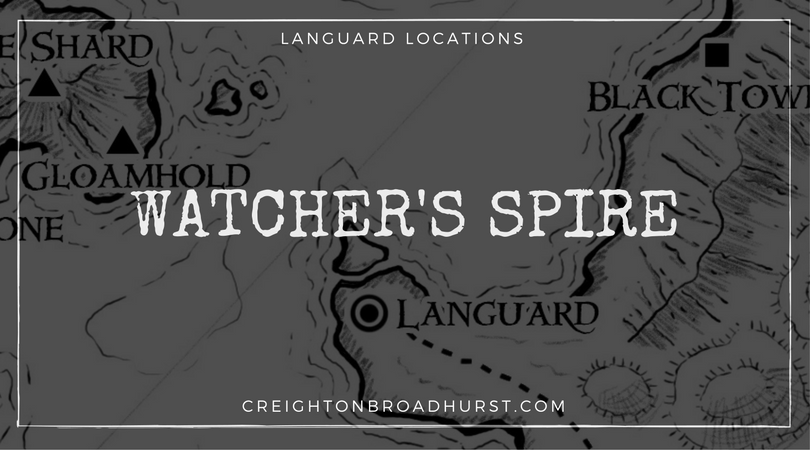 Much smaller than the nearby Father’s Hall, the relative size of the two compounds speaks volumes as to the two sects’ political power and influence. While Darlen’s faithful are ever-watchful against evil’s rise, they have little influence over the commonfolks’ day-to-day life, many of whom see them as an irrelevance.

Many of the folk found at the Watchers’ Spire are essentially normal people. A few, however, are notable:

Darlen’s faithful are ever vigilant—some might say too vigilant—against evil’s rise. While they are a force for good, some can be a little too quick to judge and see evil where it is not.

All too aware of the lurking aura of evil pervading Gloamhold’s halls the faithful keep a particular eye on adventurers frequently plumbing its depth. Church agents may question the adventurers on their return and even preach to them to keep them safe from Gloamhold’s encroaching darkness.

Alternatively, the party might go to Darlen’s followers for aid—perhaps healing and the like—after a delve. Aid will not be without cost—even for a fellow adherent. Such payment will likely entail some form of service that keeps the party away from Gloamhold so any influence it has over them may diminish with time.

0 Comments Share Tweet Print Email
Categories: Creighton, Gloamhold
Disclosure of Material Connection: Some of the links in the post above are “affiliate links.” This means if you click on the link and purchase the item, I will receive an affiliate commission. Regardless, I only recommend products or services I use personally and believe will add value to my readers. I am disclosing this in accordance with the Federal Trade Commission’s 16 CFR, Part 255: “Guides Concerning the Use of Endorsements and Testimonials in Advertising.”