One of the key components of a megadungeon is its physical layout. Megadungeons sport many different levels and sub-levels and thus having a decent map is crucial to facilitate play. 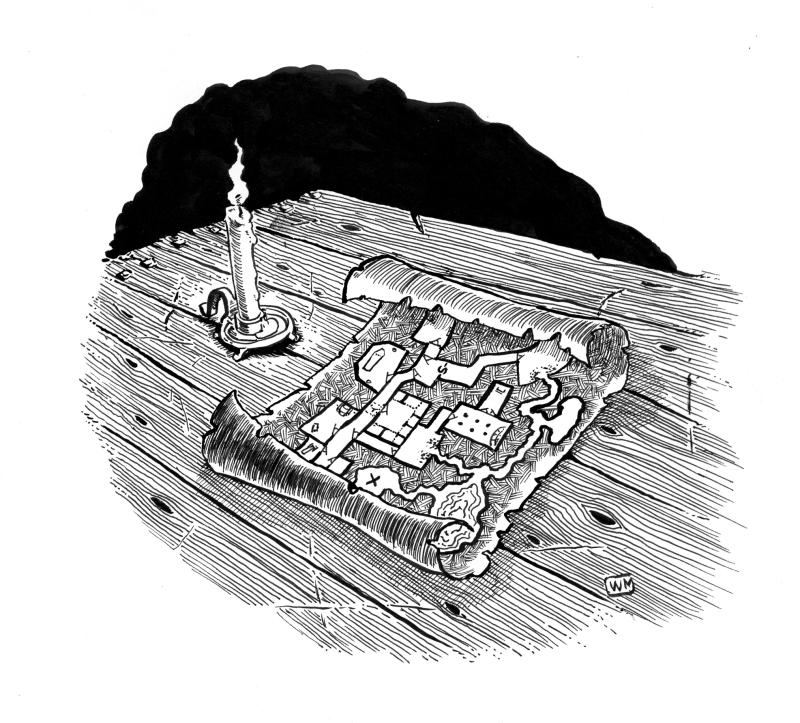 Shockingly, given how much time I’ve spent pondering about and designing Gloamhold, I’ve been thinking about megadungeon map design quite a lot in recent weeks

Then, I remembered I had already designed a megadungeon back in the good old days.

Before I got involved in Living Greyhawk, I ran some shop-based games for the RPGA in Torquay. At the time, we had a vibrant gaming scene in Torquay. To facilitate play, I designed a megadungeon called Deep Delve and ran a weekly campaign in the shop. We pinned some large maps up on the walls and updated them after each session. With multiple adventuring parties and a couple of GMs we made good progress through the complex. I can’t remember why the campaign ended or how far we got and sadly over time I’ve lost most of the maps.

However, a couple of years ago I found two maps in the attic and took photos for posterity. Given my recent postings about Gloamhold and megadungeons, I though it would be fun to post up the players’ versions here (because I don’t have the GM’s versions anymore). The graph paper is A0 size, so as you can see we were digging in for a long campaign! One of the requirements of a megadungeon is for the levels to be really big; using A0 paper enabled me to fulfil that requirement and when I do my roughs for Gloamhold I’ll probably do the same again.

The photos below show a section of the player’s map of level 1 as it stood when the campaign ended. 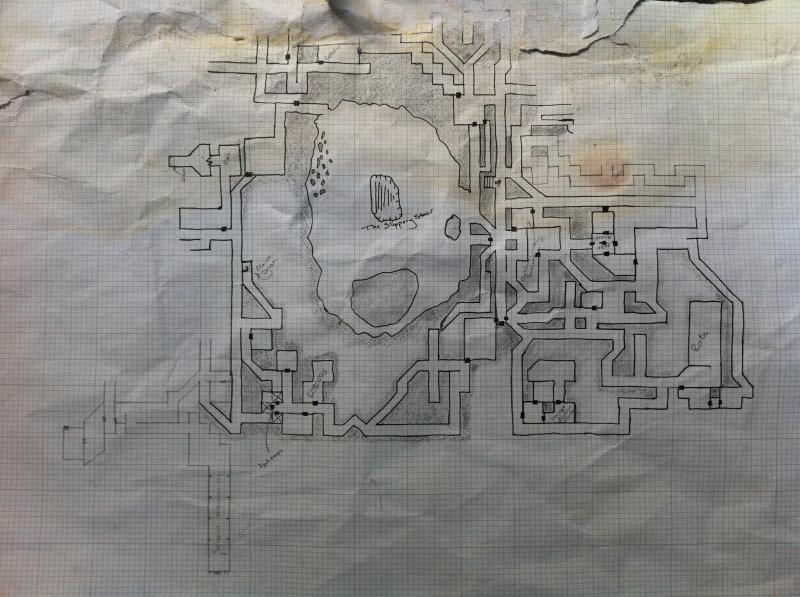 One of the main features of level 1, was a deep chasm known as the Slippery Stair. It linked most of the levels together and was relatively easy to traverse. Using it, the players could access most levels of the dungeon (but sensibly they didn’t go too far down). 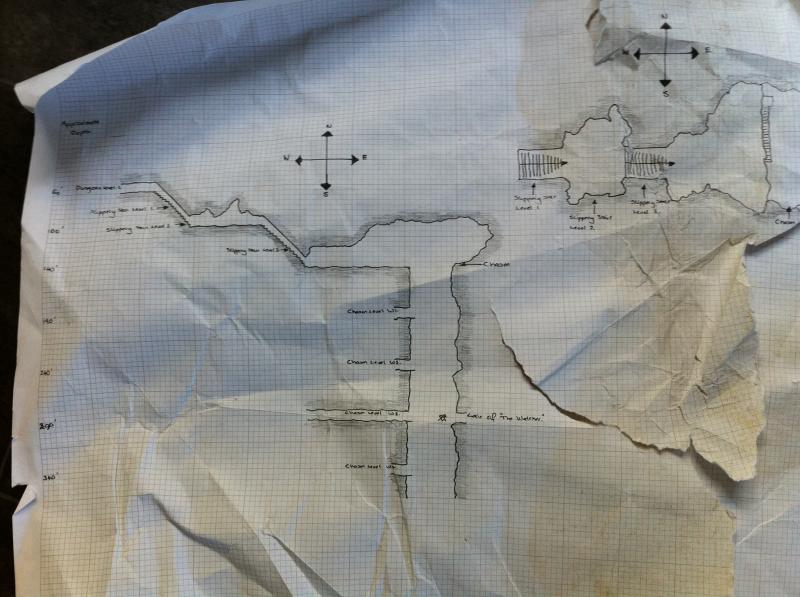 As I’ve previously said, the maps aren’t complete and as I recall the players got down to at least level 4 before the campaign ended. Sadly, I’ve lost the GM maps – as you can see these maps are ripped and water stained; the other maps in the roll were badly damaged couldn’t be saved. In any event, I hope you enjoyed this snapshot of the Deep Delve.

Have you played in a megadungeon of your GMs own design? Have you got maps to share? If they are online leave a link below – I’d love to take a look!