So named for the corpses—or bits of corpses—often hung from its parapets, Traitor’s Gate serves as a grizzly reminder of Duke Nenonen’s absolute authority over his kingdom. Those with nefarious intent—particular smugglers and thieves—prefer to enter the city elsewhere. 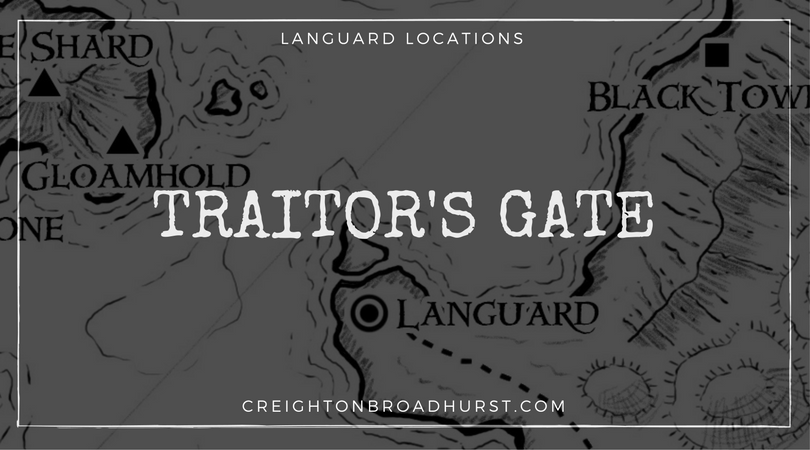 Most people who enter Languard on foot do so through Traitor’s Gate. Here the Great South Road linking the city to the Duchy proper merges with the hustle and bustle of the Low Market (itself a tangled confusion of stalls, pedestrians, wagons and roving pedlars).

Two towers and a stoutly reinforced gatehouse comprise Traitor’s Gate. The towers—each fifty-foot high—provide excellent views over the surrounding area and are always manned by vigilant watchers. Traitor’s Gate is the busiest of Languard’s gates and thus is the most heavily guarded. The guards here let the vast majority of visitors pass unmolested, once they have paid the so-called Gate Tax. Suspicious or aggressive individuals, however, face greater scrutiny and perhaps even an interview with the Sergeant of the Watch before being permitted entry.

Beggars and street urchins cluster just beyond Traitor’s Gate hoping for a coin from generous travellers or to—perhaps—secure work as a guide.

Many visitors and residents of Languard pass through Traitor’s Gate. A people who can be encountered here on a daily basis include:

Even entering the city can bring its own challenges or opportunities.