Where the ramshackle and slimy, sagging wharfs redolent with decay cluster thickly together against the Svart’s muddy, slick bank gather the ferociously independent and inbred Takolen. A singular air of ruin and decay hangs heavily over the rotting wharves and the festering, stinking boats moored alongside or grounded in the shallow water thick with silt, seaweed and jetsam. 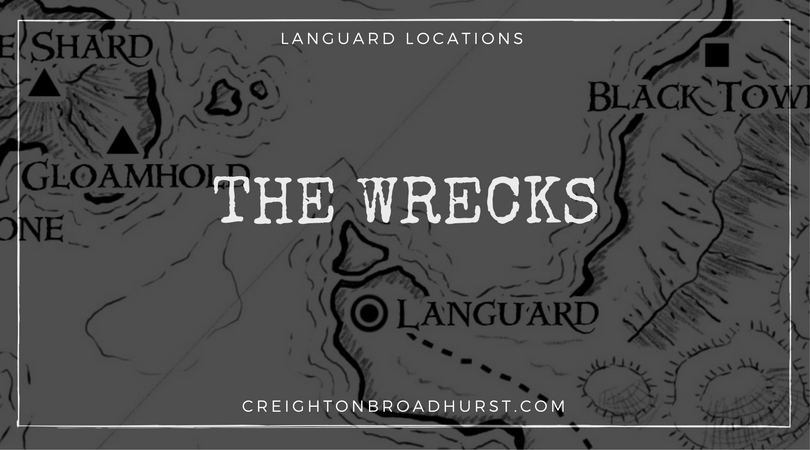 Many of the fetid hulks moored along the crumbling docks have not put to sea in living memory. In truth, most cannot. Lashed together, the boats form a confused mishmash of homes, warehouses, whorehouses, taverns and other less pleasant businesses. Even the agents of the Shadow Thieves dare not work here, but some of the braver—or perhaps more debased—souls do occasionally visit certain of these uniformly foul, unwelcoming businesses.

Perhaps numbering 200 souls, the Takolen are universally thought of as a surly, rude and violent folk. Rumours of inbreeding, the unknown fate of those venturing into the Takolen’s rotting realm and strange religious practises conspire to keep outsiders at bay. Even among the unsavoury and debauched Takolen, however, the cult of Dagon—the Shadow Under the Sea—has found little purchase. Still, a few of the more deranged and morally bankrupt individuals have embraced his blasphemous teachings. Hidden deep in the part-flooded hold and bilges of the semi-sunken Acheon lurks the centre of his profane worship—the so-called Briny Fane—in the Wrecks.

Many of the folk living in the Wrecks are depraved, disfigured or both. Several are notable for particularly unsavoury reasons:

Of obviously different racial stock to the majority of Ashlar’s human population, the Takolen are widely thought of as a debased, lesser—or perhaps even aberrant—strain of humanity. With grey or dark blue eyes and dark brown, jet black or occasionally red hair a profession of wild, unkempt body hair marks them as a strange folk. Most make their living on or near the water and thus possess a fisherman’s wiry build, strength and stamina. Most live in—or on the brink—of poverty, and all have an eye for a quick profit no matter the consequences to others.

Thanks to Christopher Weaver for the barebones of this idea.