The centre of Abarin’s faith in Ashlar, the Great Forge is a buzzing hive of industry and commerce. Here, the Great Craftsman’s faithful work at their forges or toil over their workbenches in search of new creations and inventions. 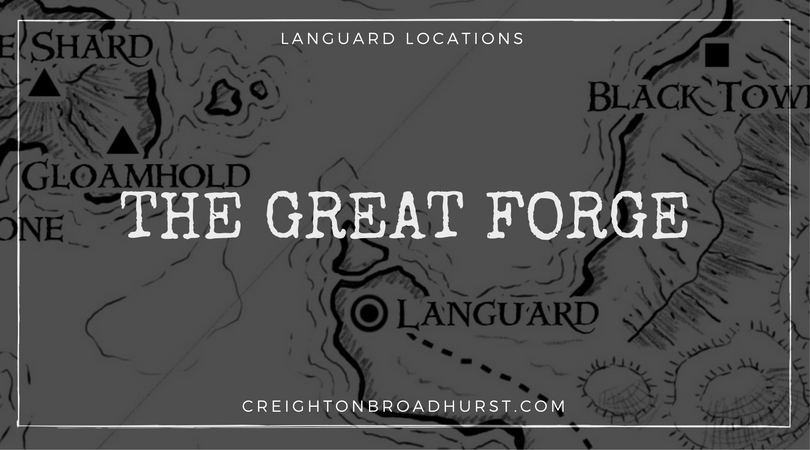 Unsurprisingly, the temple is a busy place. Here can be found (reputedly) the most skilled craftsmen and women in Ashlar. While most such folk have their own shop or workplace in the city, they often congregate here to share news, stories and new techniques. Additionally, the temple holds supplies of certain hard-to-find materials including—it is rumoured—small stocks of mithral and adamantine which they sometimes make available to particularly devout worshippers.

The Great Forge has an extensive network of underground storerooms, reached via a wide sloping ramp useable by wagons. Here, are stored not just the mundane engines of industry—charcoal, wood and coal—but also more esoteric and valuable materials. Some of the restricted areas are said to be protected by fiendish mechanical traps and merciless clockwork guardians.

The clamour arising from the Great Forge and clouds of smoke often belching into the air make the residences near the church less salubrious and desirable than other locations on the Svart’s northern bank.

Scores of folk live, work at or visit the Great Forge. Most are nothing more than ordinary folk—labourers, apprentices and so on. Dozens of minor priestlings also dwell within. Some folk at the Great Forge, however, are particularly noteworthy:

The party could visit the Great Forge for a number of reasons. For example: