Languard’s Dreaming Spires—or sometime simply “the Spires”—is the greatest seat of learning in the Duchy and its only university. Sprawling over the Alina’s Isle, the Dreaming Spires stands in splendid isolation from the stink and clamour of the city. Only reachable by boat, it is here those desirous of learning come. 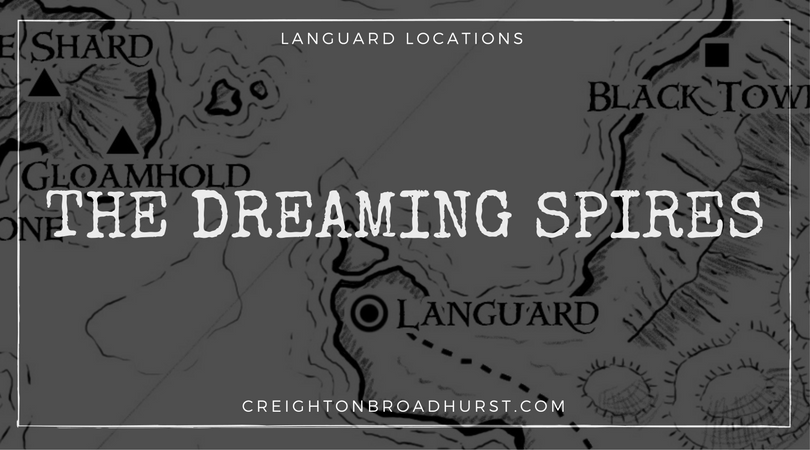 Merchants and nobles alike send their children to the Spires to learn their letters and numbers as well as a vast number of other learned subjects. Commoners are rarely found among the students, for their parents cannot afford the near-ruinous fees require to secure a place at the school.

The Dreaming Spires maintains an impressive library—the so-called Sequestered Hall—for use by its students and teachers. The only library of greater extent in Ashlar is held by the Sagacious Masters of the Eldritch Nexus behind the Black Tower’s vitrified walls. The Sequestered Hall is a hard place for outsiders to reach. A gift of a rare book or handsome donation to the running of the Spires is, however, normally enough to secure a brief perusal of its stacks.

Many of the folk encountered in the Dreaming Spires are nothing more than students, minor members of staff and so on. A few, however, are notable:

The PCs are approached by Kanbrar Nuninrae (NE male half-elf thief 3). Kanbrar has been hired to steal a certain book from the Sequestered Hall, but knows he needs help. He lies to the PCs, spinning a tale of forbidden love between himself and Eeva Laitnen—daughter of a wealthy merchant. He begs the PCs to help him break into the Spire so he might steal some tender moments with his love.

2 thoughts on “The Dreaming Spires”