In contrast to Low Market, High Market is well ordered and regulated. Here, stand neat rows of tented stalls ready to receive wealthy patrons who can browse freely without fear of thievery or assault. 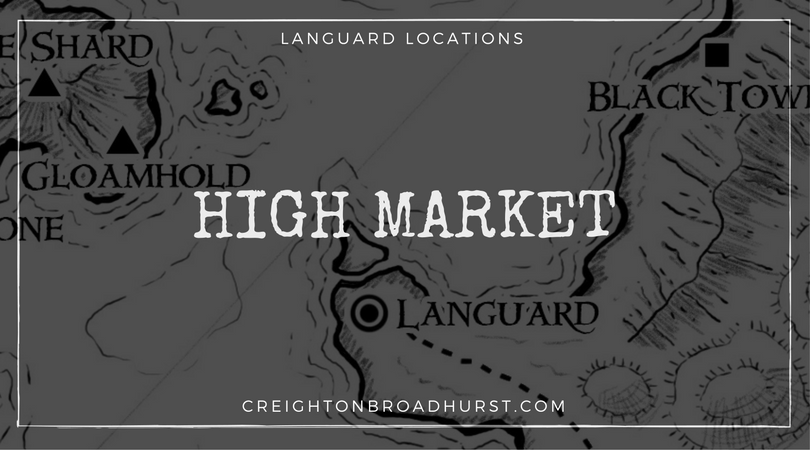 By ancient gift, family Pasanen—a commoner family—owns the land upon which High Market stands. Consequently, although they are obliged to pay a hefty tax on their income to the ducal family, they have grown exceedingly affluent. (In fact, they may be the wealthiest commoner family in the duchy). To protect their revenue, the Pasanens recruit guards to patrol the market and consequently this is one of the safest places in Languard.

All manner of fine and expensive goods are for sale in High Market. Many of the city’s most skilled crafters maintain stalls here, staffed by their apprentices and servants, from which to sell their merchandise and hawk their services.

Many people visit or work in High Market. Some notable examples include:

Although High Market is much safer and more genteel than Low Market, adventure can still find the PCs as they browse the stalls.