Last night, we restarted my Adventures in Shadow campaign set primarily in the city of Languard and the benighted, shadowy halls of Gloamhold. It’s been a long time since I’ve lurked in the deep shadows behind my GM’s screen and I had a ball. 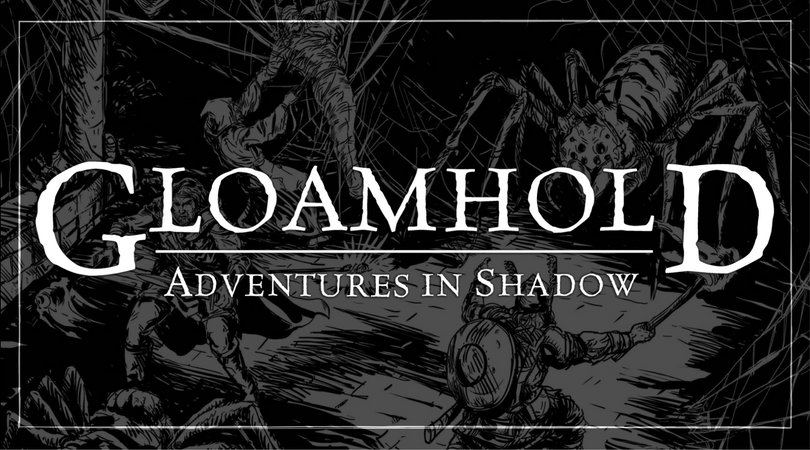 Gloamhold and its surrounds represent perhaps my perfect campaign (itself no accident as I designed both myself) and I’m looking forward to getting back into a long-running game. Since our Shattered Star Campaign finished back in September 2017 we’ve had a year or so of short-run games including a goblin campaign, the first adventure in Skulls & Shackles and a go at the Pathfinder 2nd edition playtest.

We last adventured in Ashlar back in March 2018 when we flirted with the 2nd edition AD&D rules. With the restart of the campaign, though, we’ve shifted back to Pathfinder 1st edition (our long-term game of choice) sprinkled with a smattering of house rules and optional rules from Pathfinder Unchained.

Some of the players are running their original characters converted to Pathfinder while a couple have started new heroes. Sadly, two long-standing party members have temporarily bowed out because of work or family commitments. Hopefully, they’ll be back soon! Thus, we started with a party of five PCs along with an NPC rogue (as not having a rogue was clearly a recipe for disaster).

As before, I’ll be blogging about our adventures. We play on Wednesday nights and I plan to post a session summary every Sunday or Monday. I’m a huge fan of writing session summaries. I both enjoy the process and find it useful to reflect on the session’s main events as it helps me plot upcoming sessions, reoccurring NPCs and more. (Not that I plot against the PCs you understand…) With Adventures in Shadow being much more of a sandbox campaign than normal, I think keeping track of all the various rumours, adventure hooks, NPCs and more is particularly useful and important.

Anyway, that’s me done. I’m off to write a session summary!

Check out the heroes’ adventures in Season 1, here.

Also, let me know if you enjoy our session summaries. Are they missing something? Do you have a burning question about the campaign? Let me know, in the comments below.

2 Comments Share Tweet Print Email
Categories: Adventures in Shadow, Creighton, Gloamhold, Pathfinder, Raging Swan Press
Disclosure of Material Connection: Some of the links in the post above are “affiliate links.” This means if you click on the link and purchase the item, I will receive an affiliate commission. Regardless, I only recommend products or services I use personally and believe will add value to my readers. I am disclosing this in accordance with the Federal Trade Commission’s 16 CFR, Part 255: “Guides Concerning the Use of Endorsements and Testimonials in Advertising.”

2 thoughts on “Adventures in Shadow: A New Beginning”