One of the best known establishments on Cheap Street, Raisa’s Curios fills the first three floors of a tottering four-storey townhouse. Known throughout the city, Raisa’s Curios is one of those places adventurers often come to browse in hopes of finding something interesting or valuable among the junk and bric-a-brac. 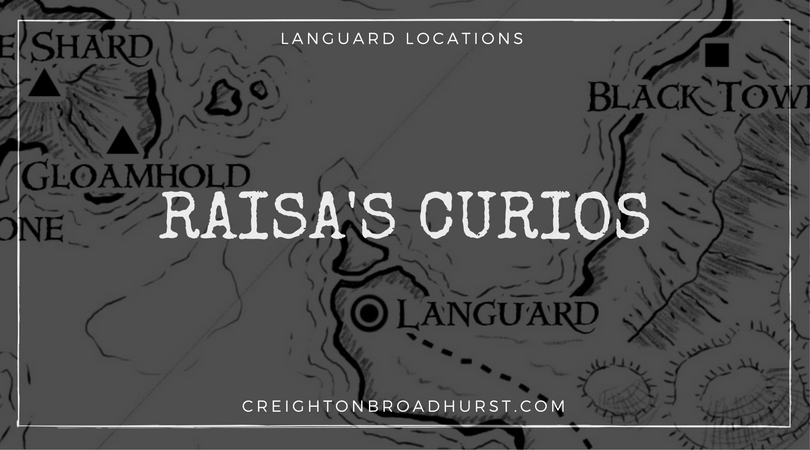 As well as selling all manner of things, Raisa also offers moneychanging and pawn services. Rumours suggest (untruly) she has links with the Shadow Masks, and these anger her. Consequently, she is scrupulously honest in her dealings in an attempt to prove the rumours wrong. She maintains a strong vault of sorts hidden in her private quarters on the fourth floor. Favoured customers can store items here for a small fee. The vault contains items left by several customers who have subsequently disappeared in Gloamhold’s depths. At some point, if no one claims them, they’ll find their way onto the shop floor.

Raisa employs a staff of three young, brawny men—Mikko, Tuukka and Viljo—to tend her shop and many folk can be found here browsing her wares. Notable folk at the shop include: