So named for its proximity to the Low City and—not ironically—its elevation, Low Gate is the least, but widest, of Languard’s gates. The rich and the powerful must have a spectacularly good reason to pass through this battered, traffic-choked portal which his wide enough to fit two carts abreast. 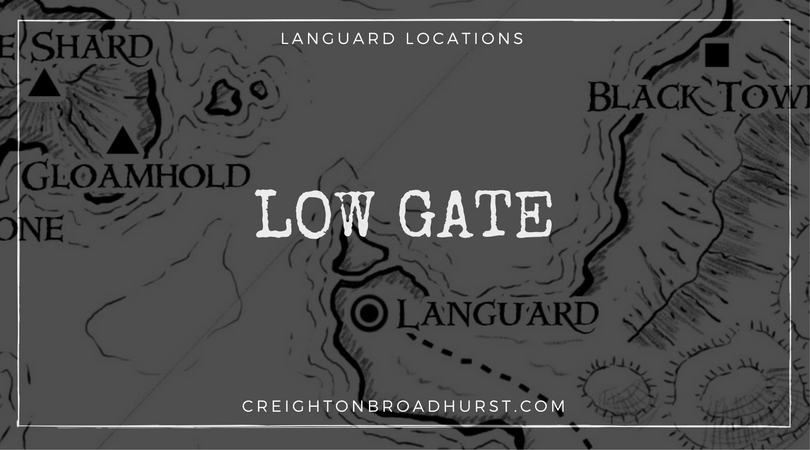 Through Low Gate flows much of the traffic going to and from the docks via Cross Street, itself one of Languard’s busiest—and for the unwary most dangerous— thoroughfares. Here the danger of being crushed below the wheels of a carelessly driven wagon are greater than anywhere else in the city.

Given this, Low Gate is heavily garrisoned, but the sad truth is that many of those on duty here are easily bribed, in the employ of the Shadow Masks or even fully-fledged members of the thieves’ guild.

Hundreds of people pass through Low Gate as they go about their daily business. However, a few folk regular encountered here are notable: