As you may know earlier this year, Raging Swan Press published the Gloamhold Campaign Guide. The book has been well received, but there is something missing. 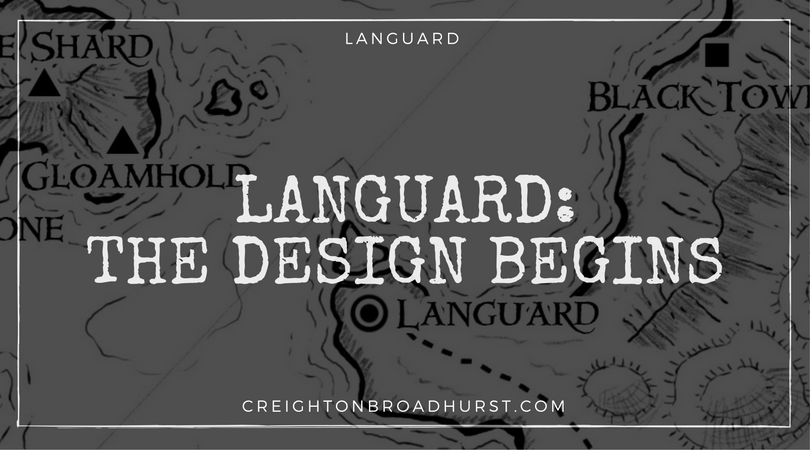 Of course, one of the first things to do is to sketch out a map of the city. Normally, this is my most hated part of the design process; my mapping skills are terrible. However, a month ago or so I discovered Linea—a drawing app for the iPad that has made even my maps look almost alright.

Behold: my working sketch of Languard: 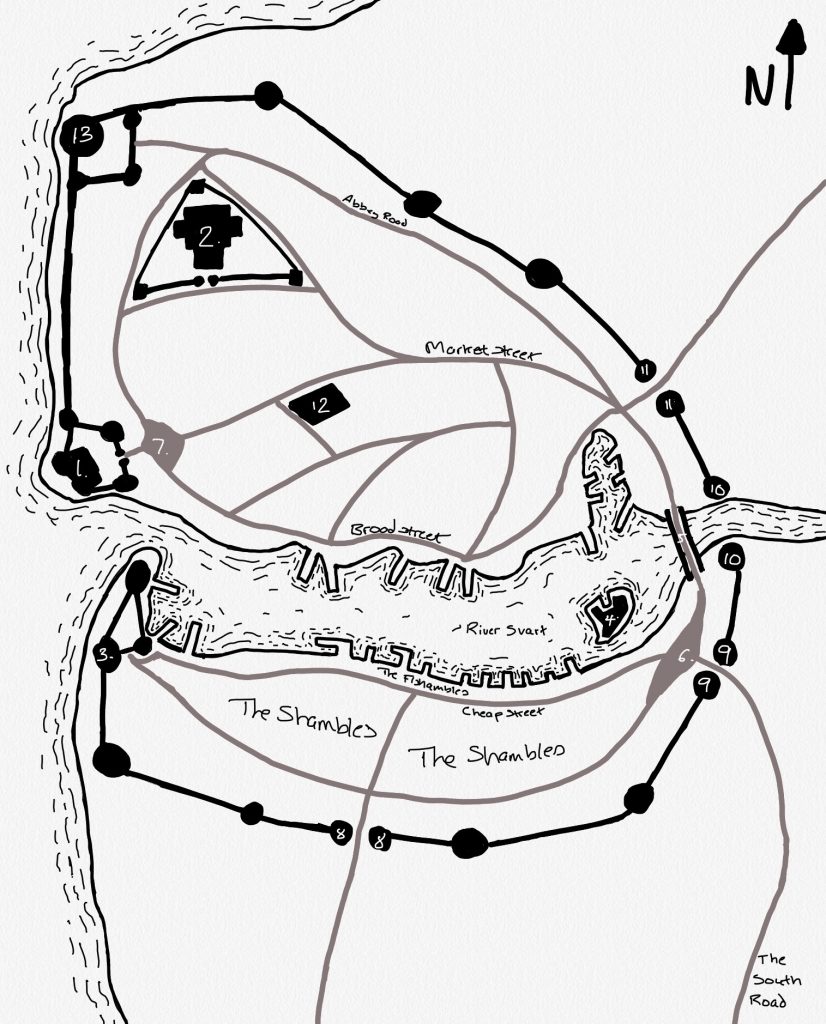 As it stands, this is a pretty “bare-bones” map at the moment. It shows

Fear not. Obviously, I won’t be creating the final map of the city. This map serves two basic purposes:

No doubt as the city’s design continues, I’ll add to it. As and when I have significant additions, I’ll post them up here.

One of the other things I like to do when designing a city is generate the details of significant (to PCs) services and NPCs. While I could plonk down on the map pretty much anything I want, I want the city to make sense. It must have verisimilitude.

I don’t need to generate the number of butchers, cobblers or other mundane services, but I think it’s a good idea to know how many sages, alchemists, weapon smiths and so on are available (for example).

The PCs are bound to access some of these services during their time in the city and knowing how many there are allows me to design individuals for the PCs to meet (and perhaps employ).

I also like my cities to be as realistic as possible. So, I turned to one of the stalwarts of my gaming book collection to help generate the numbers: TSR’s World Builder’s Guidebook.

After running the numbers, I now know the city has the following services:

When looking at the numbers above, keep in mind the following:

And finally, in my quest to create a realistic city environment I’ve turned to The Time Traveller’s Guide to Medieval England. If you haven’t read this book yet and you are a GM who enjoys world building, I highly recommend snagging a copy. It’s available both digitally and physically and is an excellent investment.

Next up on my design plate is thorny topic of demographics. Languard has a population of almost 8,000. The vast majority of these folk will be normal, average commoners. Perhaps only 5%-10% of the population will have actual class levels, but what levels are they?

Given I’m designing Gloamhold and its environs as a relatively low-magic, old-school setting it wouldn’t make sense to have loads of high-level NPCs running around. (Particularly, as I favour the slow advancement track for my Pathfinder game).

15 Comments Share Tweet Print Email
Categories: Creighton, Gloamhold, Raging Swan Press
Disclosure of Material Connection: Some of the links in the post above are “affiliate links.” This means if you click on the link and purchase the item, I will receive an affiliate commission. Regardless, I only recommend products or services I use personally and believe will add value to my readers. I am disclosing this in accordance with the Federal Trade Commission’s 16 CFR, Part 255: “Guides Concerning the Use of Endorsements and Testimonials in Advertising.”

15 thoughts on “Languard: The Design Begins”