Urban adventures can be incredibly fun and a great change of pace. To successfully run an urban adventure, though, the GM must realise they are fundamentally different to wilderness or dungeon adventures… 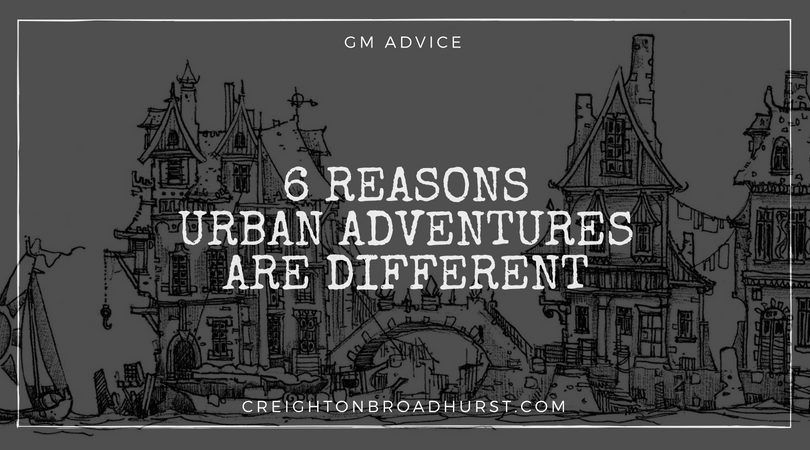 In my Borderland of Adventure – after over two years of game play – we began our first major urban adventure. We’d done small, side trek urban adventures before but this was the first adventure in which the PCs would have to explore an entire town! In preparation for the adventure, I considered exactly how urban adventures are different to “normal” adventures. Here’s what came up with:

Do you consider other factors when designing or running an urban adventure? If you do, share them in the comments below and help your fellow GM’s build better urban adventures!

20 Comments Share Tweet Print Email
Categories: Freelance Advice, Gaming Advice, GM Advice
Disclosure of Material Connection: Some of the links in the post above are “affiliate links.” This means if you click on the link and purchase the item, I will receive an affiliate commission. Regardless, I only recommend products or services I use personally and believe will add value to my readers. I am disclosing this in accordance with the Federal Trade Commission’s 16 CFR, Part 255: “Guides Concerning the Use of Endorsements and Testimonials in Advertising.”