At the top of the stairs, the party took stock. Several corridors led away from the upper hall and many doors pierced the walls. As they reached the top of the stairs, Jeremiah heard a faint creak as if someone had opened a door off to the right. He motioned his companions to quiet, but they did not hear the sound repeated. 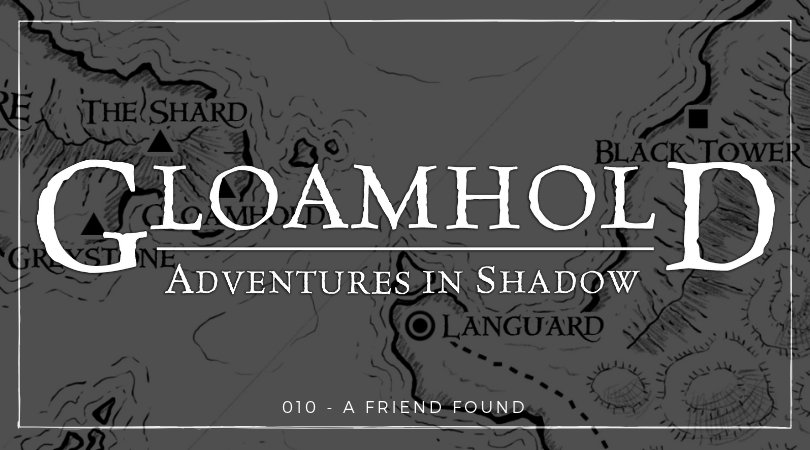 Even more cautiously, the party advanced in the direction of the sound. Johann and Jeremiah led the way carefully looking for signs of someone moving about on the first level. While they did not find any tracks, they did discover motes of dust gently floating in the air which suggested someone had recently moved quickly across the hall. With no one and nothing to fight, the party explored several ruined and wrecked rooms discovering a couple of bedrooms, what looked like a nursery and a bathroom. Their searching uncovered several minor, overlooked treasures but the greatest treasures they found—a cast iron fireplace mantlepiece—seemed too heavy to easily transport back to their fishing boat (and in any event several of the heroes were worried the massive lump of iron could cause problems if they encountered heavy seas on their return journey).

In another room, the party encountered several huge rats the size cats. While the rats were easily slain, Orn was bitten several times and lost quite a lot of blood. Several of this friends worried the rats’ jaws could carry disease, but the brave and brawny warrior dismissed their concerns for he was healthy and vigorous.

During the battle with the rats, Johann heard the sound of something being dragged across the floor in one of the as yet unexplored rooms in the manor’s other wing. Quickly, the party moved to investigate and swiftly determined the sound came from the last room at the end of a long corridor. The door into the room was hard to open—a barricade beyond slowed the party but when they eventually got through the door they were in for a surprise!

In the chamber, standing at bay in one corner amid the remains of his camp, stood a bald, scar-faced warrior they had met before. This was Ilmari Eronen—who they had rescued along with this companion the Scarlet Fellowship—during their last expedition to Greystone. Ilmari told a story of woe—he had been trapped here for several days after his party had been attacked by horrendously ugly humans wearing rags and speaking in a horrible, guttural language. During the fight he fell down the stairs and was knocked out. When he regained consciousness the humans and his friends had gone. With no friends, and no way of getting back to Languard, he barricaded himself into this room. He was fortune the PCs had arrived as he was down to his last day’s worth of rations. Ilmari was keen to return to Languard as quickly as possible so that he could organise a proper rescue for his friends, but the party had other ideas. They were here, and they would rescue the Scarlet Fellowship (again).

With the matter decided, the heroes continued their exploration moving up to the second floor. Again, paintings of long-dead Alanens decorated the wall of the stair’s half-landing and again the party cut them from their frames and added them to their loot.

The second floor had the remains of much finer decorations, and the heroes suspected they were getting closer to the lord’s personal chambers. If there was any decent treasure yet in the manor house, it would likely be here. They explored several empty, ransacked rooms for little reward but after a few minutes of near-futile searching came across a chamber dominated by a massive four-poster bed. Clearly, this was the lord’s chamber. Eagerly, the party entered and Jeremiah began to search a great pile of rubbish under the bed. He immediately wished he had not done so as it transpired several more gigantic rats laired within. The rats were quickly despatched, but not before giving the brave scout a nasty bite on the hand.

But luck was with the party for great wealth lay in the chamber. A small coffer lay under the bed amid the rubbish and it contains over 200 gold and silver coins and several precious gems. Their initial searches turned up nothing else of interest, but their second slow—and much more methodical—search revealed a hidden storage niche in one wall—it turned out the wall separating the room from the next was much thicker than it should have been. Unfortunately, an old trap—one that released poisoned gas yet protected the niche and it was so cunningly hidden that Jeremiah did not see it. The trap went off covering everyone in the room with a horrible, intellect-saping cloud of dust. Only Jeremiah and Thagrim was affected, and the doughty adventurers quickly threw off the effects of the old trap.

Within the storage niche, the party found two things of greta interest—a golden signet ring and the original ducal charter granting the Alanen family their peerage. While neither item had much intrinsic value to the party, both could be greatly valuable to anyone trying to claim the Alanen family name. Several of the party—notable Orithur—fantasised about doing just that until Velonwe pointed out the Alanens were humans whereas Orithur was a dwarf. A much welcomed bout of merriment ensued.

The heroes had now been in the house for about an hour and had cleared the three upper levels with the exception of the tower,  battlements and attic. Some favoured exploring the attic—surely there would be treasure hidden within—while others favourited clearing the tower. Eventually, those favouring the tower won their argument and the party proceeded out onto the crumbling, wind-swept battlements.

The tower door was firmly shut, but Jeremiah’s finely honed elven senses detected the faint scents of excrement and death wafting from within…

1 Comment Share Tweet Print Email
Categories: Adventures in Shadow, Creighton, Gloamhold, Pathfinder
Disclosure of Material Connection: Some of the links in the post above are “affiliate links.” This means if you click on the link and purchase the item, I will receive an affiliate commission. Regardless, I only recommend products or services I use personally and believe will add value to my readers. I am disclosing this in accordance with the Federal Trade Commission’s 16 CFR, Part 255: “Guides Concerning the Use of Endorsements and Testimonials in Advertising.”

One thought on “Adventures in Shadow 010: A Friend Found”