Overlooking the Dreaming Spires of the Isle of Scholars, Urmas’s house stands on the Svart’s northern bank near Vonya’s Span. The once-finely decorated three-storey town house has a faint air of dilapidation and neglect about it. Few people now visit the aged wizard and renown sage dwelling within, and that’s just how he likes it. 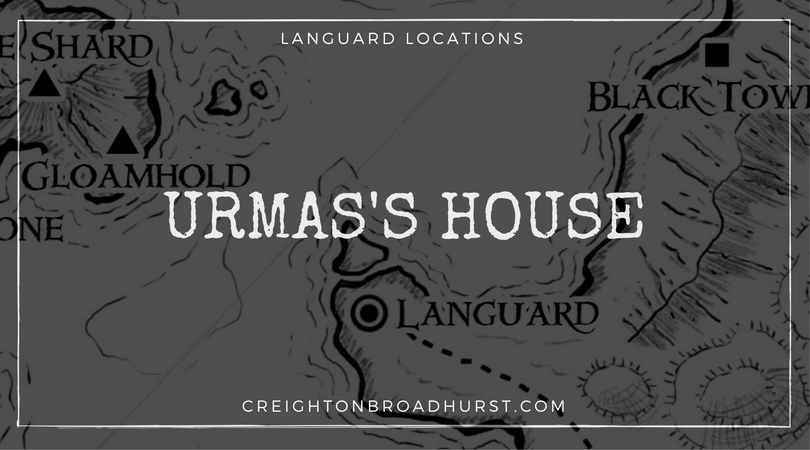 Little-used these days, the front room is where Urmas met his friends, guests and customers. Most of his friends are now dead, however, and he hates having to take on paying work. A thin dust covers much of the room—mutely bearing witness to its lack of use.

The room is outfitted as a comfy wizard’s study where he can sit and discuss matters of import; strange things cluster on side tables and a dozen weighty tomes fill a sagging bookshelf. None of these things are magical or valuable; they are little more than props to augment Urmas’ image as a sagacious sage and wizard.

The rooms on the first floor comprises Urmas’s living quarters. They are dirty, disorganised and stuffy. Urmas doesn’t care—and it shows in their condition. His children have long-since left home, and their rooms lie empty and dusty. Sadly for Urmas, his wife is also dead—cut down tragically by an out-of-control cart a decade ago. Since her death, knowledge has been his mistress.

The second floor holds Urmas’ library, workshop and personal sanctum. Rarely for Languard—the windows on the third floor are glazed to enable natural light into the well heated rooms. Urmas is proud of his glass windows; anyone breaking them will suffer his ire; local children have learnt this the hard way and no longer throw stones at them.

Urmas probably won’t want to deal with the PCs, but a shortage of funds may force him to take on paying customers. He is well known as a knowledgeable authority on Gloamhold, but he will exact a heavy price for his help.

Alternatively, his studies may require a certain object which he could hire the PCs to acquire. This item could even lie in Gloamhold’s halls—perhaps he glimpsed it on one of his long ago delves, but could not retrieve it for some reason. Wherever possible, Urmas delays or forgets his debt to the PCs.