I own literally hundreds—perhaps thousands—of gaming books. Some are amazing works, others are crap. However, there’s one book that stands head and shoulders above the others. 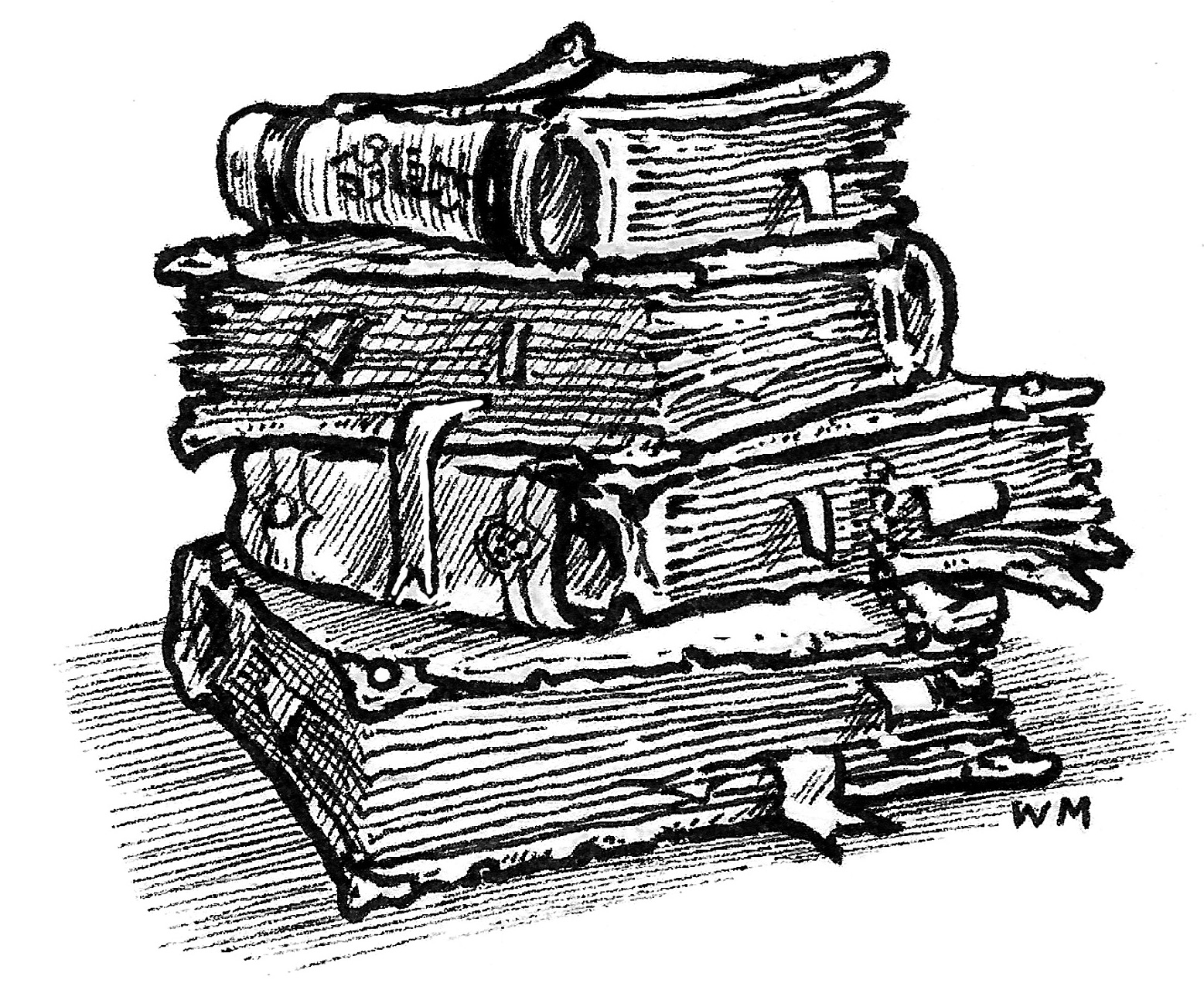 One book has never steered me wrong even though I haven’t actually played the game more than sporadically for (probably) 20 years. Packed full of wisdom, hints and tips for running epic games its contents withstand the test of time. For me, the advice therein yet guides me in my gaming quest. I know without a shadow of a doubt my campaign would be a pale shadow of itself without this book by my side.

So what’s the book?

Well given I’m a bit of an old fart, you’ve probably guessed by now. Of course, it’s the AD&D Dungeon Master’s Guide by Gary Gygax. 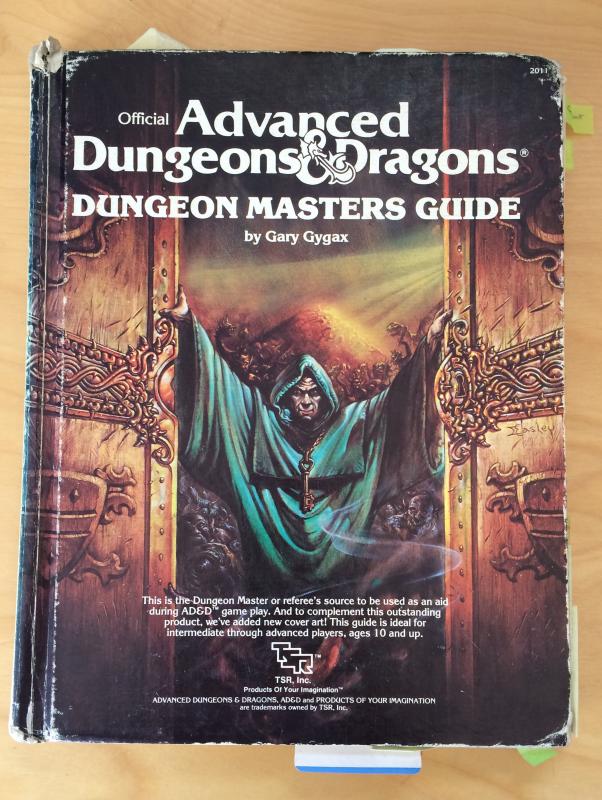 In my opinion, this book—gloriously disorganised and utilising (sometimes) a baffling vocabulary—more than any other book is responsible for my love affair with gaming. Frankly, when I first started playing D&D I wasn’t really using even a rough approximation of the rules. I was young, I was crazy and I was having fun. But that’s not the point. The DMG inducted me into the amazing world of fantasy gaming, slipped its ebon tentacles about me and never let me go. Within its page, I caught a glimpse of what a truly epic game could be like.

Sure there’s tons of tables in there I’ve never used. I’ve rarely needed to know how far a gnoll can dig through soft rock in a day, for example. There are bags of artefacts and relics I’ve never used in my game. And frankly the pummelling, grappling and overbearing rules always baffled me. But that’s not the point. The inclusion of this kind of material spoke to me of the kind of detail—dare I say verisimilitude—a full, comprehensive and downright awesome campaign should include.

To this day, I return again and again to this book for inspiration. While ultimately D&D is a game of imaginary combat, the DMG strove (successfully) to give a sense of the wider campaign. It speaks of the importance of weather, time, taxes, hirelings, artefacts (I’d never own), richly detailed dungeons and more. And, of course, with a comprehensive, more rounded campaign world comes more rounded and fully fleshed out PCs to explore it. The kind of PCs that almost become friends; that you can imagine as actual people, not merely a collection of numbers scribbled on a piece of paper who exist only to slay and loot.

Now a-days, my original DMG is looking a little battered. It’s dog-eared, I’ve scribbled notes here and there and it’s festooned with page markers. There are even paw prints across the Random Dungeon Generation appendix left there by my first dog when I foolishly took the book into the garden and paid it more attention than her! But that just makes it better. This book is my companion and my guide. I shudder to think what my campaigns would be like without it.

And you won’t even pry it from my cold, dead hands.

Do I Know Best?

31 Comments Share Tweet Print Email
Categories: Creighton, Gaming Advice, GM Advice
Disclosure of Material Connection: Some of the links in the post above are “affiliate links.” This means if you click on the link and purchase the item, I will receive an affiliate commission. Regardless, I only recommend products or services I use personally and believe will add value to my readers. I am disclosing this in accordance with the Federal Trade Commission’s 16 CFR, Part 255: “Guides Concerning the Use of Endorsements and Testimonials in Advertising.”

31 thoughts on “The Best Gaming Book of All Time?”