The traditional view of a marketplace is a large open space filled with tents and stalls. Such a location is a staple of almost every fantasy town or city. And there’s nothing wrong with that… 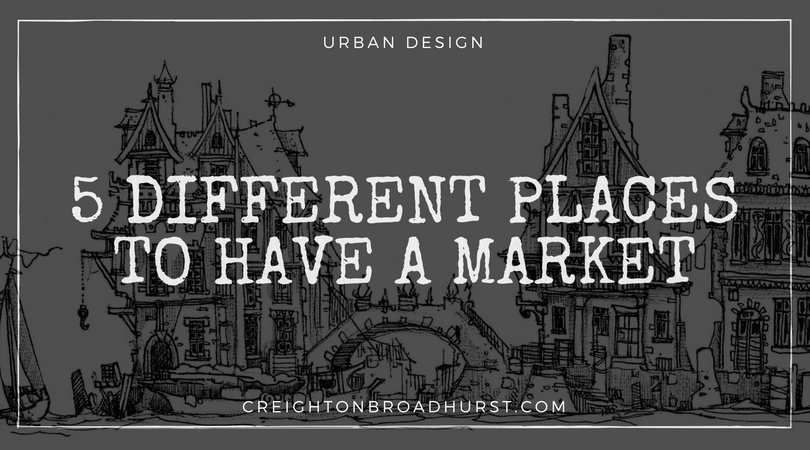 Except, it’s a little bit boring. It’s standard—what’s expected. Adventurers often spend a lot of times in markets replenishing their supplies, selling the proceeds of their most recent quest and so on.

To breathe character into your town or city, consider placing a market in one of the following atypical places.

Remember when designing your market that some markets can be specialised while others are more generalised. For example:

Have you placed a market in your campaign in a similarly odd or unique location? Let me know where, in the comments below!

5 thoughts on “GM’s Advice: 5 Different Places to Hold a Market”