At the end of last session, we left our heroes battling a lone guardian who prevented them breaching a portcullis and exploring the rest of the complex.

The fight raged on. Narfu again tried to pick the portcullis’ lock and again failed. Zainnis repeatedly shot at their opponent and Nok enlarged himself. Meanwhile, the warrior—who clearly possessed magical powers—inflicted several crippling blows on the party; Aq was grievously wounded by some kind of negative energy and Grooble was hard pressed to keep all his companions in the fight.

However, eventually Narfu managed to unlock the portcullis. Before the party could lift it, though, the warrior was killed by a well-placed arrow from Zainnis’ bow and the battle was over. Eventually lifting the portcullis, the party surged into the room. They looted the man’s body and recovered much loot including Silverfang—a near mythical rapier with great powers against the undead. (The rapier’s history, however, gave the party pause as it was linked to Volsazni Dezarr—an ancient Oeridian vampire of tremendous power and limitless evil. He gifted it to various of his minions and dhampir children; it was then the party realised the man they gad just slain was a dhampir). Not claimed his spellbook.

Zainnis claimed Silverfang as the only things he hated almost as much as devils and demons were the undead. Bizarrely, some of the treasure most appreciated by the party were a quiver of arrows and a week’s worth of rations; supplies of both were beginning to run low among the group.

Through a double door, the party discovered a passageway leading deeper into the dungeon. Several small constructs—the disembodied heads of statues standing in the corridor—assailed the party, but they were no match for the heroes’ prowess. 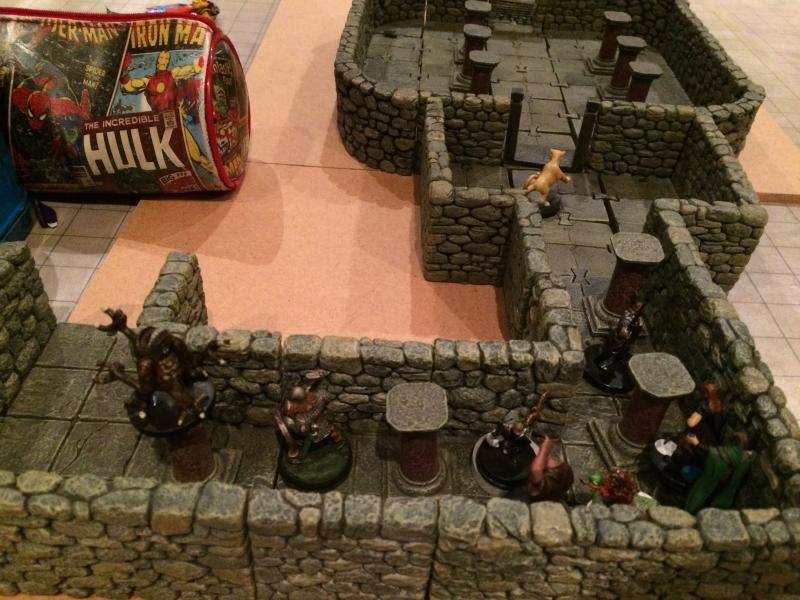 But danger still lurked in the corridor and Narfu discovered it when he tripped a pit trap. He would have fallen horribly—perhaps to his death on the spikes below—but Nok used a feather fall to save his friend from at the least serious injury.

With this minor setback, the party decided to rest. Before that, though, Narfu protected by a fly spell searched the area thoroughly and found a switch to disarm the trap. The redoubtable monk pointed it out to Kara who practised manipulating it with her magics.

Thus, with the way forward scouted, the party rested.

The next day, the heroes continued their quest. Almost immediately, they discovered a large chamber splattered with blood. Within lurked a sinisterly handsome “man” with black, bat-like wings and other demonic features. 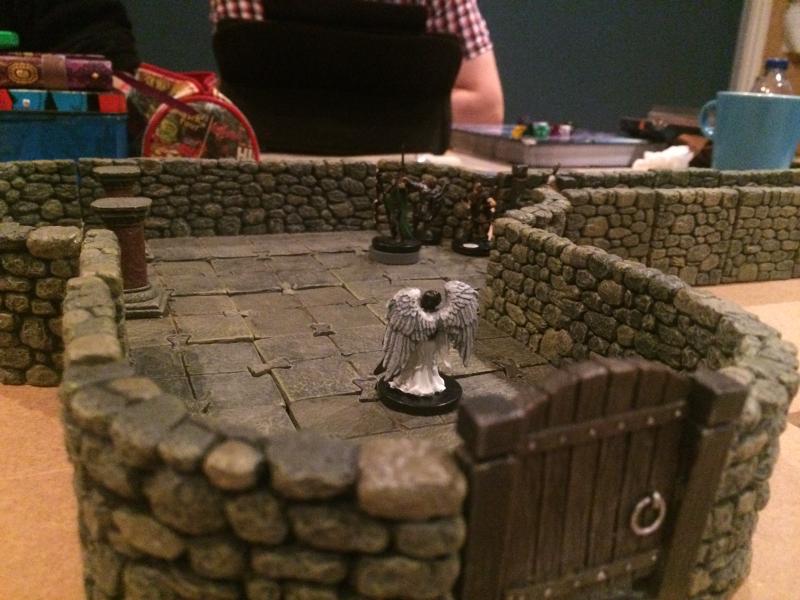 The party charged—intent on slaying this terrible evil. Although Morden was affected by the thing’s mind-affecting magic, Kara countered it with magic of her own. The creature was horribly outnumbered. In short order, it was grievously injured and was forced to flee on the wings of a teleport spell…