The grim walls and towers of Castle Languard loom over the city like a ever-watchful guardian. The castle stands on the site of Arndul Nenonen’s first fort and is the oldest continuously occupied building in the city. 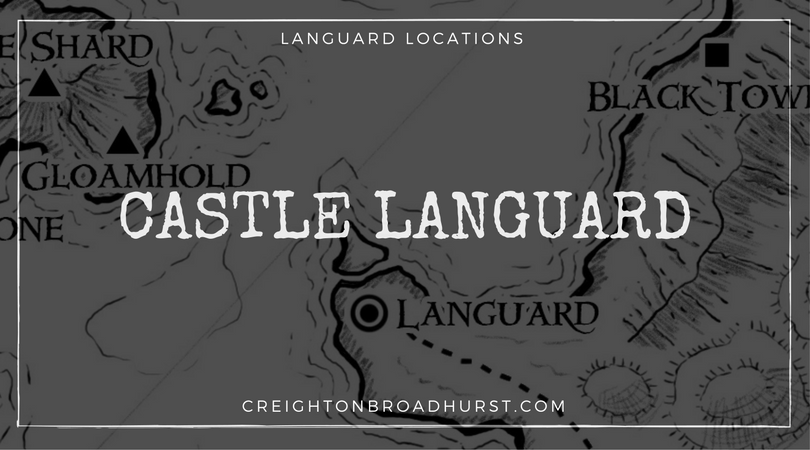 The centre of Ashlar’s governance, it is the most heavily fortified and protected place in the Duchy. The castle has evolved over the centuries and has undergone several distinct building phase under various dukes. (Even the castle, though, is dwarfed by the bulk of the Father’s Hall.) The oldest part of the castle—the central keep—stands high up on the bluffs with commanding views of both Languard and the Mottled Spire.

The ancient builders also discovered a network of caves riddling the bluffs and incorporated these into the castle’s original design. Thus, the castle incorporates extensive subterranean workings. Rumours of several long tunnels linking the castle to certain buildings in the city proper as well as a little-visited hidden level of oubliettes and cells wherein the Nenonen’s enemies languish refuse to die. Family Nenonen’s family burial crypt also lies deep under the central keep as do a well-stocked network of storage chambers and cisterns.

As well as housing the Nenonen family and their immediate servitors, the castle’s walls also protect Ashlar’s royal mint and serves as an armoury and barracks for Duke Armas’ personal household warriors.

Castle Languard houses hundreds of people. A few of the most notable include:

2 Comments Share Tweet Print Email
Categories: Gloamhold, Raging Swan Press
Disclosure of Material Connection: Some of the links in the post above are “affiliate links.” This means if you click on the link and purchase the item, I will receive an affiliate commission. Regardless, I only recommend products or services I use personally and believe will add value to my readers. I am disclosing this in accordance with the Federal Trade Commission’s 16 CFR, Part 255: “Guides Concerning the Use of Endorsements and Testimonials in Advertising.”