From the very moment of her birth, Aune’s life has not been her own. Warped by powers beyond mortal comprehension she was born of fire and blood and death. 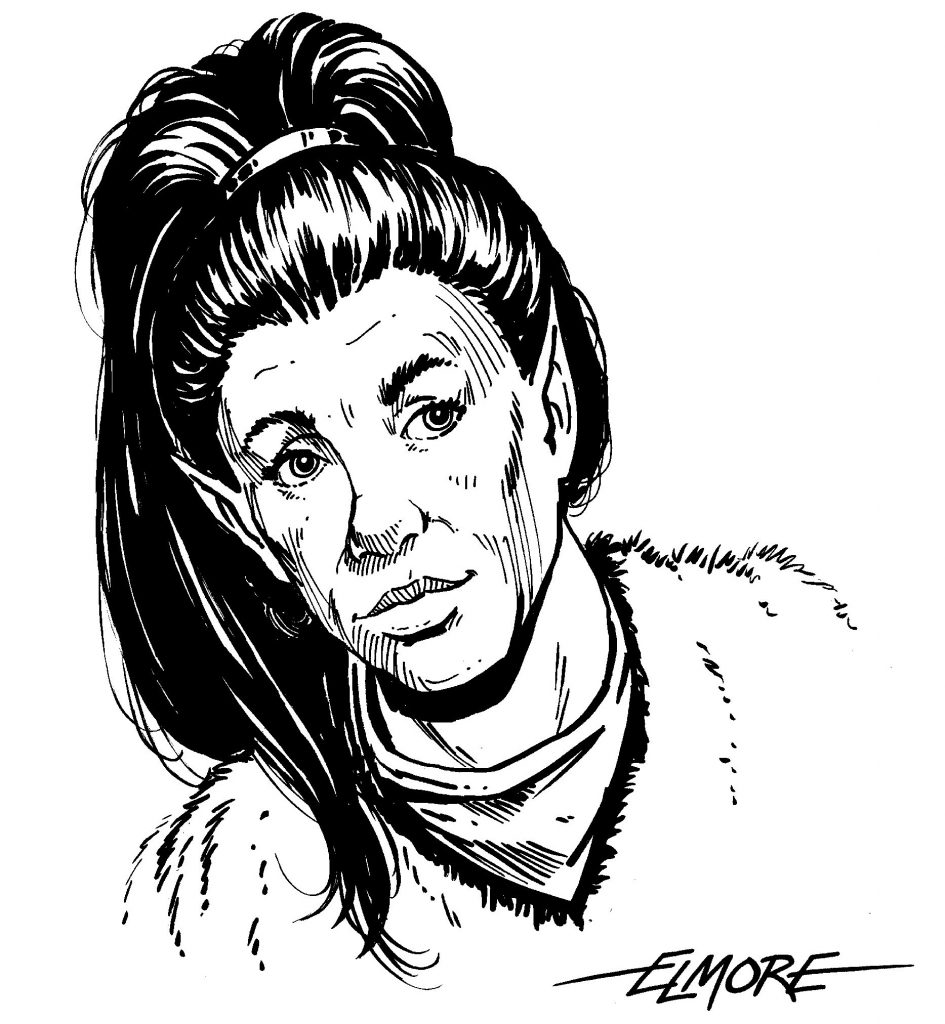 Anne’s mother, Etune, gave birth to her during a pitched battle between the great elder warms Harnanthar (a savage, various red) and Ingeiruryte (a wise bronze dragon that ever stymied her rival’s schemes). Eternal enemies, the two had fought and plotted against each other for centuries. Their latest encounter took place in the skies above the halfling village of Hollow Hill. As blood, scales and fire rained down upon the doomed settlement, the villagers that could fled. Most of those that didn’t died. Etune—in the process of giving birth—could not flee and was killed when her burrow’s roof collapsed. Issodair, the healer attending to her, survived. As the dragons fought above, Issodair fought below to save the life of Etune’s child. Pulling the baby from her mother’s yet warm body, Issodair escaped the ruin of Etune’s house and staggered into a maelstrom of destruction.

Thus, the first thing to pass Aune’s lips was not her mother’s milk as nature intended, but boiling dragon’s blood raining down from the savage battle above.

Hollow Hill was destroyed during the battle and the few survivors fled to various places. Issodair—with nowhere else to go—took service with a minor human lord as a healer and raised Aune as his own. It slowly became obvious the circumstances of her birth had profoundly affected her. When she reached puberty, her hair lightened and took on the hue of blooded bronze while sometimes—when she was angry or upset—the air about her crackled with static electricity.

At the same time, a nameless compulsion began to tug at her consciousness. She slowly became increasingly uncomfortable living in relative peace and harmony among her humans friends and “family” and became convinced she was needed elsewhere. When Issodair died—peacefully of old age—the last cord that bound her to a life of comfort and peace was broken.

She decided to leave—to set out into the world to test her powers and to find Ingeiruryte—her “Blood Mother”. Surely—of everyone in the world—she would have the answers to Aune’s many questions about her heritage and destiny.

One other question haunts Aune. What happened to her father all those years ago? Issodair did not find his corpse among Hollow Hill’s ruin and no word of his fate has reached her ears. Is he alive? Dead?

I dreamed up Aune’s background while pondering what to play in a short pick-up game my son was designing for our summer break (sadly two of our normal group are away on their hols and so our main Shattered Star campaign is on break until September. I’ve always been intrigued by how individual sorcerers get their power; it just being in their blood from something in the distant past always seemed a bit of a lazy choice to me. So this is my take on how an unremarkable halfling gains remarkable powers.

I hope it inspires you to write a background for your next character!

1 Comment Share Tweet Print Email
Categories: Creighton, Gaming Advice, Player Advice
Disclosure of Material Connection: Some of the links in the post above are “affiliate links.” This means if you click on the link and purchase the item, I will receive an affiliate commission. Regardless, I only recommend products or services I use personally and believe will add value to my readers. I am disclosing this in accordance with the Federal Trade Commission’s 16 CFR, Part 255: “Guides Concerning the Use of Endorsements and Testimonials in Advertising.”

One thought on “Aune Vainikaienen”