At the end of the last session, we left out heroes deciding what to do about a small pack of feral ghouls they had trapped behind a stout iron-banded oak door deep in the depths of a subterranean forge. 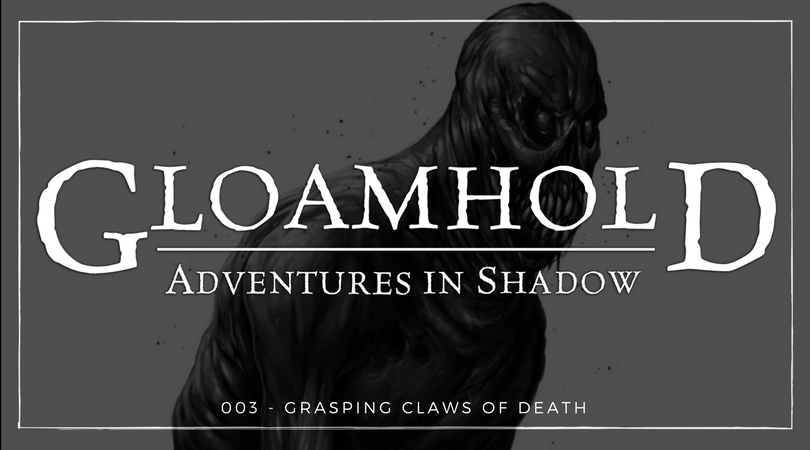 After a short talk, the party decided to set matters to their own advantage before destroying the ghouls. They dragged a heavy anvil over to just in front of the door positioning it so the ghouls wouldn’t be able to get out, but the adventurers would be able to shoot arrows and suchlike through the gap.

With their preparations complete, the door was dragged open. Immediately, the trapped ghouls tried to claw their way out but the canny adventurers had prepared well and the frenzied ghouls were stymied.

Almost immediately Dulannis scored a lucky—or perhaps skilful—hit slaying a ghoul with a well-placed arrow through the throat. Boasts of the superiority of elven archery quickly died, however, as Goldogrin actually managed to dropped his bow and arrow!

However, the small crack proved generally rather difficult to shoot through and the heroes managed to break many arrows against the stone wall and bury several in the door’s yet strong wood. Eventually—frustrated—Thangrim stepped up to the door and thrust his sword through the gap. The ghoul beyond died—Thangrim’s sword in its chest (but not before giving the dwarf several minor scratches).

The last ghoul seemed cannier than its fellows and now hid behind the door where the party’s attacks could not reach it. Left with no choice, the heroes dragged the anvil aside and dragged the door fully open. The party’s warriors charged in and the ghoul was quickly surrounded.

It lashed out viciously, catching Thangrim on the shoulder with its claws and fangs. The unfortunate dwarf was immediately paralyzed and would have suffered an even worse fate if Veronwë had not dragged him clear. In any event, now surrounded the ghoul was quickly slain.

A few minutes later, Thangrim recovered from the ghoul’s paralysis and Veronwë healed his wounds. Investigating the chamber beyond—clearly once a storeroom for the foundry—yielded some small treasures and the party again pressed on.

Back on the surface, the party explored several more ruins and poked about in a half-dozen or so caves. During this exploration, Goldogrin discovered a large, strangely-coloured outcropping of rock that almost looked like a petrified, half-melted face. Scaling the wall to examine the outcrop he discovered a strange oval carving but could make nothing of it.

On Goldogrin’s return, Thangrim came up with a clever idea. He returned to the ghoul corpses and decapitated one before placing the head in a bag. Gingerly, he brought it back to the surface and dropped the sack—on a short length of rope—down into the great mass of seaweed piled up by the harbour.

He was in for surprise. Within moments the crabs crawling through the heaped piles of seaweed began to swarm about the sack. Quickly he pulled up the sack—hoping to catch one or two to examine—but the rope snapped and the sack was lost. Undeterred, he tried again with parts of another ghoul and this time was rewarded with two crabs. Smugly, he tied the sack to his belt so he could examine them crabs later. Sadly, the crabs had other ideas. Sensing the presence of warm flesh they began to rip their way out of the sack and Thangrim was forced to slay them.

While this had been going on, several of the party had realised they were being watched and Toliraythrea caught a glimpse of a woman’s face on the ledge above. Goldogrin and Dulannis investigated but could find nothing.

The party continued their explorations, and it was then disaster struck. Goldogrin—scouting a stone stair leading upwards at the back of a cave stepped on a cunningly hidden trap—one of the steps had been hollowed out and its bottom carved into a series of long, thin stone spikes before being filled with dust and gravel. The spikes pierced his foot and shattered his ankle. Such was the pain and blood loss that Goldogrin immediately collapsed and had to be rescued by his friends—who had been alerted to his fate by a muffled shriek and the thumping sound of his body rolling down the stairs.

Although Veronwë used his last healing spell to revive Goldogrin it was clear the elf could not go on and so the party decided to retreat to Languard to rest and recuperate. Returning to the breakwater they summoned Taneli—their hired fisherman to shore. When he brought his boat closer, the party embarked.

As dusk caressed the sky, the party sailed away from Greystone’s ruins to the safety of Languard’s precincts. As they looked back at the ruins, several of the party made out a small band of figures emerge onto one of the ledges. The leader—clearly clad in plate mail—waved and called something, but no one could hear what was said. Unwilling to return to see what the group wanted, the party returned to Languard—perhaps a little bit wiser and more experienced—to divide and sell their loot…

1 Comment Share Tweet Print Email
Categories: Adventures in Shadow, Creighton, Gloamhold
Disclosure of Material Connection: Some of the links in the post above are “affiliate links.” This means if you click on the link and purchase the item, I will receive an affiliate commission. Regardless, I only recommend products or services I use personally and believe will add value to my readers. I am disclosing this in accordance with the Federal Trade Commission’s 16 CFR, Part 255: “Guides Concerning the Use of Endorsements and Testimonials in Advertising.”

One thought on “Adventures in Shadow #003: The Grasping Claws of Death”