At the end of last session, we left our heroes resting in Heidmarch Manor. Several of the party were exhausted after their adventures and others wanted to take time to reflect on their burgeoning skills.

In particular, Kara spent her time well researching all she could about the Irepsan and the strange creatures dwelling within. Notably, she learnt much of interest about shriezyx—strange aberrant spider-like creatures thought to infest the bridge’s deepest passageways and caverns—and their fear of fire. Perhaps, thought the sorcerer, this information might come in handy in the future.

In any event, after a week of rest and relaxation, the party were once again ready to explore the Crow’s deaths in search of the next shard. They reached the piling without incident and their passage to the deepest sections went uncontested. Thus it was that they quickly reached the site of their last battle against the imps and their allies. Searching the area revealed no additional treasure or features of interest, but a nearby room did house three (quickly slain) lemures.

With this threat neutralised, the party backtracked and returned to the portcullis room where they quick divined its operation. However, the portcullis only blocked a passageway leading to the site of the party’s victoprious struggle against the imps and so they again backtracked.

But one passageway remained largely unexplored from the room in which they fought the Abyssal larvae. This led to a t-junction and a room with a single door. The door was wedged shut, but eventually the party burst into the room beyond—a room infested with nupperibos. Although these foul devils were numerous, they were no match for the party and were quickly slain. 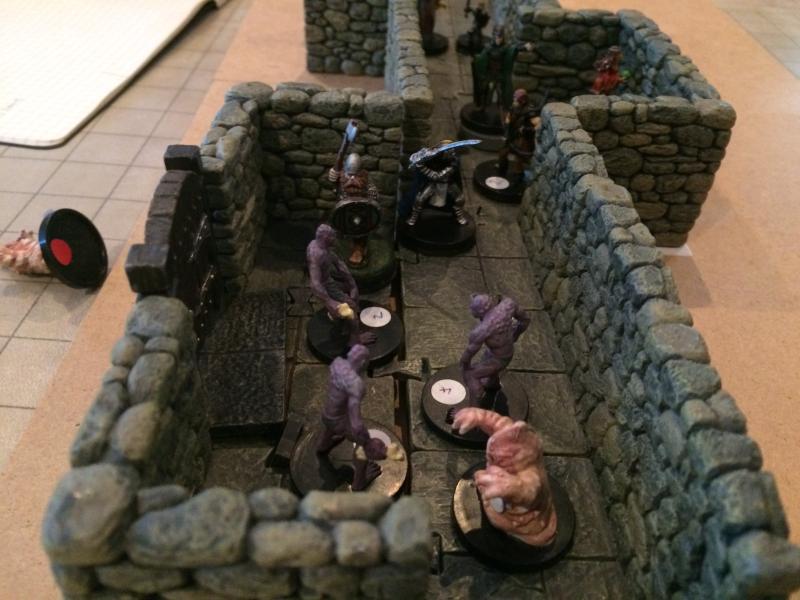 Another door led into another filthy room within which lurked a rather singular lemure. The lemure smelled worse than almost anything the party had ever smelt before—and some of them had dealt with Fenster the Blight! Strangely, the lemure didn’t seem hostile—at least and first—instead seeming terrified by the party’s arrival. This mattered not to the paladins in the group—it was an evil devil and must be destroyed—and so battle was quickly joined. Once the beast was injured, though, it launched itself into a berserk fury. It badly injured Tristham and Aq also felt its savage strength of arms. 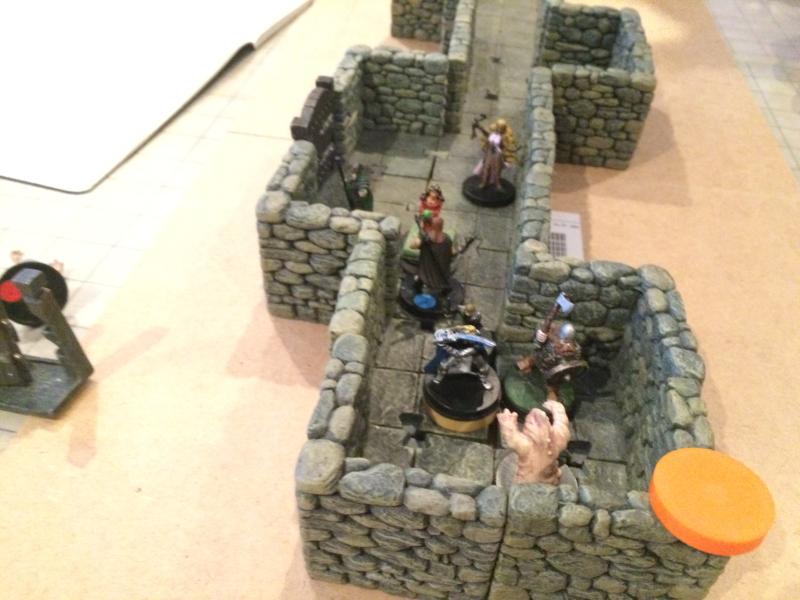 Only the arrival of Narfu and Zaniness’ accurate shooting enabled the party to prevail. Certainly, it was a unique lemure and Quenell theorised to his companions the beast may have been about to evolve into a higher form of devil.

Further explorations revealed another nearby room that held several very strange features. Here’s a set of steps in the floor led down into chilly ocean waters. A magical blue forcefield of sorts kept the water at bay, but allowed other objects to pass through. Narfu bravely investigated and passed through the forcefield and into the deep waters around the piling. Although he did not go far, he did make out a wreck upright on the seabed nearby, but got the sense that something perhaps lurked in the water nearby. He retreated back to his companions who by this time had explored the room’s upper level and discovered several windows—likewise protected my magic—that allowed a view out into the bay’s murky waters.

Still, no-one seemed particularly keen to investigate the wreck, and without access to water breathing magic the idea died a quick death.

Unperturbed, the party pushed on. Disaster almost struck in the next room, when the party triggered an ancient fireball trap. Kara was nearly slain—suffering terrible burns as a result—and Aq’s shield was incinerated in the blast. Luckily, the party yet possessed significant hearing resources and after Narfu disarmed the trap—in case they had to retreat this way—they again continued onwards. In rapid succession, they discovered several more rooms, including a strange room whose walls were studded with rune-incribed iron plates. Kara and Quenell declared it to be a rift siphon focused on Hell. However, no one knew how to destroy it and so their explorations continued. Several more rooms were discovered and searched until they came to a stone door from behind which emanated soft sounds of movement…