At the end of last session, we left our heroes plotting their next move. Narfu had just returned from a short patrol through the nearby corridors and several potential plans were discussed.

Eventually, the party decided to proceed to the south, and this they did—intrigued as they were by the decorated pillar in what they referred to as the “Portcullis Room.” Although unoccupied, the room contained several features of interest including the portcullis itself, a pillar decorated with a carving of a seven-pointed star and two tapestries enchanted with magic to resist the passage of time. Although the tapestries were bulky, the party decided to take them and in the process discovered a hidden wand stuffed into one of the tapestry’s rods. (Kara later determined this to be a wand of lesser restoration.)

With the possibilities of the room for the moment exhausted, the party backtracked to the west and quickly came upon a two-layered room. Above them on the balcony lurked two imps while in front of them two nupperibos stood awaiting orders. The party quickly slew the nupperibos, but the imps proved a tougher challenge. 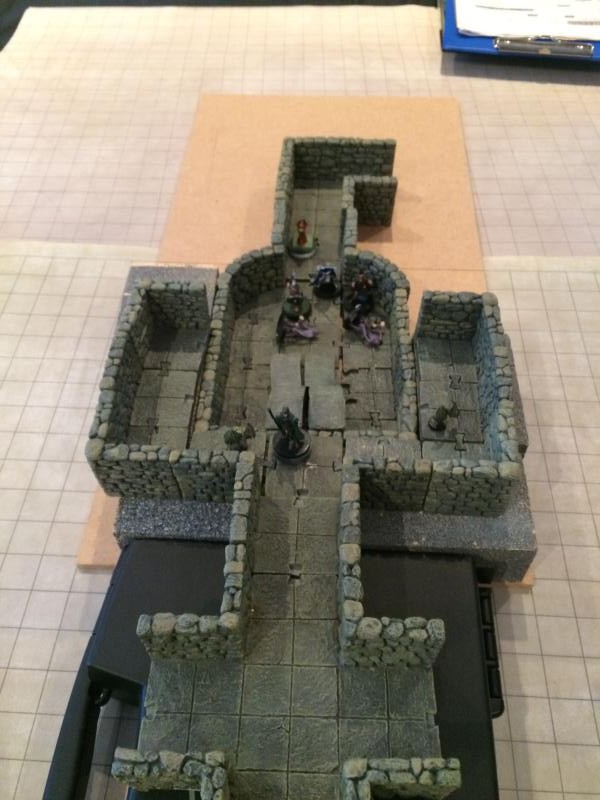 One successfully used a suggestion on Zainnis, with the result that the archer suddenly turned on his companion. He shot Kara with his bow, but Kara’s magical powers conjured such terrors in the archer’s mind that he fled—toward the devils! Once he overcame his supernatural fears, he returned to protect his new friends. However, shortly thereafter, Narfu beat him into unconsciousness (for everyone’s own good).

When one of the imps was injured it fled, but sadly it did not go far. It alerted another devil which used its considerable sinister powers to bedevil the party. First, it summoned several lemures to battle the party and when its servants began to fall before the party’s might it coated several of the paladins’ weapons in grease, which greatly reduced their ability to slay their enemies. 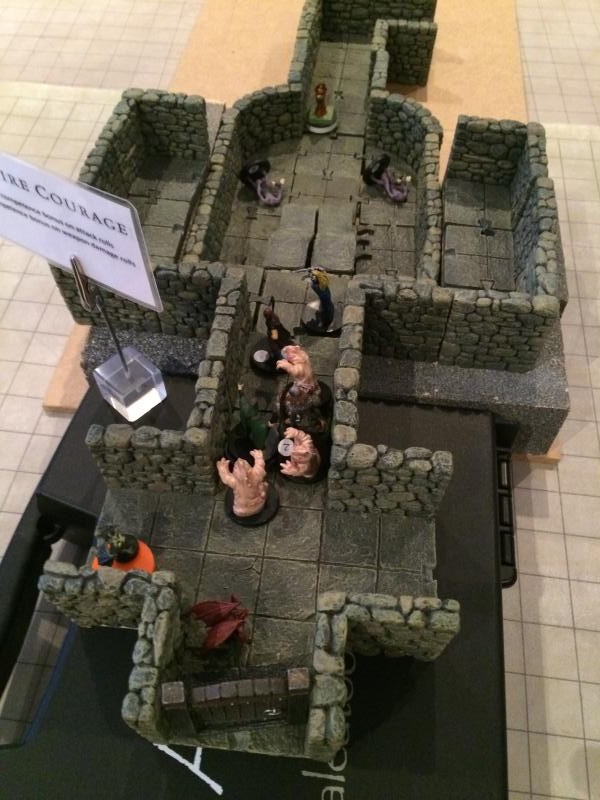 However, the lemures and the imps were no real match for the party and in desperation, the devil summoned a spider swarm, which created real difficulties for the heroes as they still possessed no effective means of combating such foes.

Finally winning free of the swarm and the lemures both paladins smote the devil and it died. As the party watched, its corpse began to melt, and they knew it was truly dead.

With their foes slain, the party took stock. They were in poor shape—with most of their healing gone—and so they decided to return to Marner to rest. This they achieved without complication, and they spent the next week or so plotting their next move. Many in the group were certain the Shard of Greed was now tantalisingly close and that one more expedition would surely see it in their grasp…