Cut from a chunk of local limestone and set above the tavern’s front door, the luridly carved face of an orc identifies this place as the infamous Orc’s Head. Notorious throughout the duchy as the haunt for adventurers preparing to dare Gloamhold’s depths, the Orc’s Head is a place of tall tales and hard drinking. Decent folk rarely venture inside. 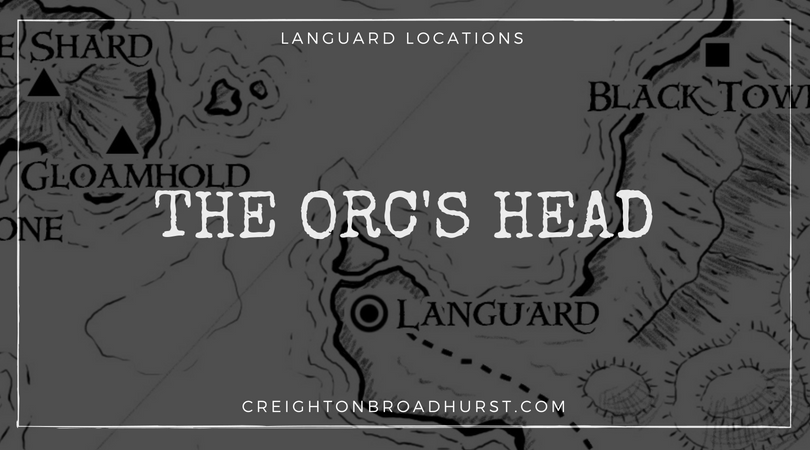 The tavern’s proprietor, Einar Salonen, was once an adventurer. A giant of a man standing almost 6 and a half feet tall, Einar was a mighty warrior in his prime. Now inactivity and too much drink have robbed him of his physique. He is still strong, though, and it is a brave—or spectacularly drunk—customer who risks his ire.

Within the Orc’s Head, the drink is cheap, the music loud and the customers (often) drunk. It is a raucous place; brawls are not uncommon. The Shadow Masks operate—cautiously—in the Orc’s Head but, in the main, limit their activities to information gathering.

The Orc’s Head is an oddity in that its common room is in the cellar. The first Orc’s Head burnt down mysteriously decades ago. The owner—desperate to get back into business as quickly as possible—converted the cellar into the common room and later—when funds allowed—rebuilt the rest of the inn. The common room comprises four separate, snug and shadowy chambers perfect for plotting and scheming.

Of the two above-ground floors, the ground floor is given over to guests’ lodgings while Einar, his family and several servants dwell on the upper level. 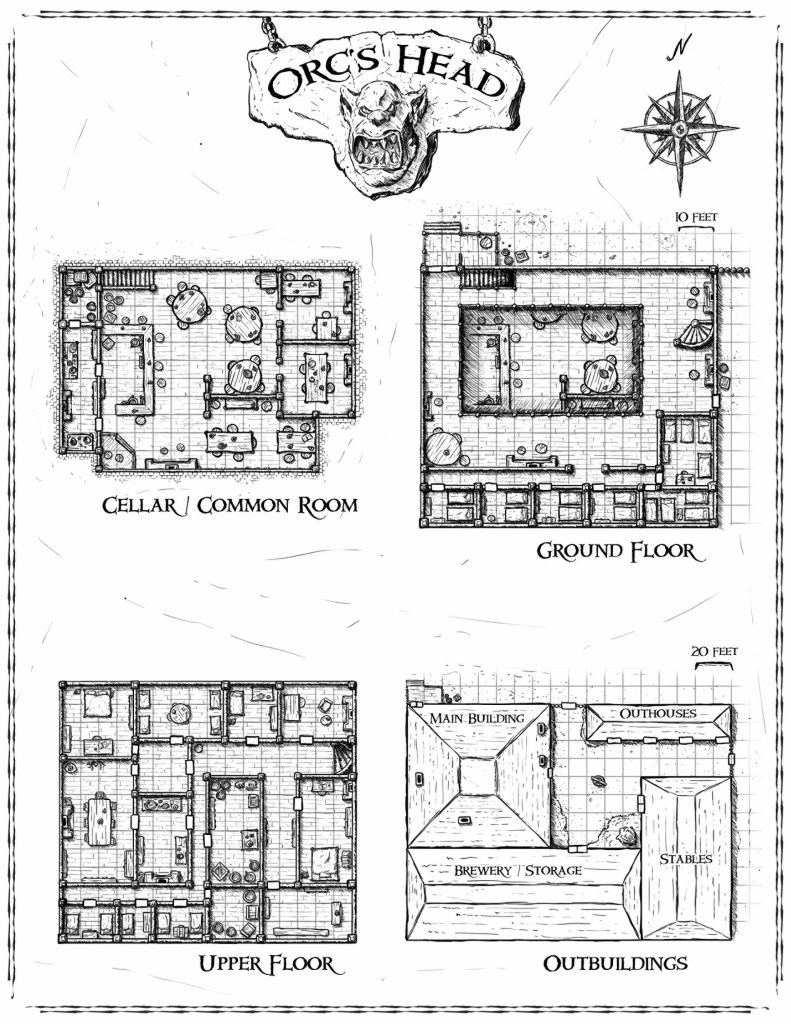 Einar stores his vitals and other supplies in a long, low structure behind the main building where he also brews his own beer.

Want the Orc’s Head in Print?

5 Comments Share Tweet Print Email
Category: Gaming Advice
Disclosure of Material Connection: Some of the links in the post above are “affiliate links.” This means if you click on the link and purchase the item, I will receive an affiliate commission. Regardless, I only recommend products or services I use personally and believe will add value to my readers. I am disclosing this in accordance with the Federal Trade Commission’s 16 CFR, Part 255: “Guides Concerning the Use of Endorsements and Testimonials in Advertising.”