At the end of last session, we left our heroes embroiled in a fight to the death with a powerful wizard they suspected of being complicit in the terrible attacks besetting Kaport Bay.

Thus far, the fight had not gone too well for the party. While they had destroyed most of the wizard’s zombie guardians both Tristham and Aq were trapped in a field of black tentacles that was slowly squeezing the life out of them. As their companions battled to reach them—Nok cutting down several zombies as he moved slowly forward—the paladins could do nothing but use their divine healing powers to keep themselves alive. It seemed a race against time. Would their healing—and that of Grooble who rushed forward to assist—outlast the black tentacles? 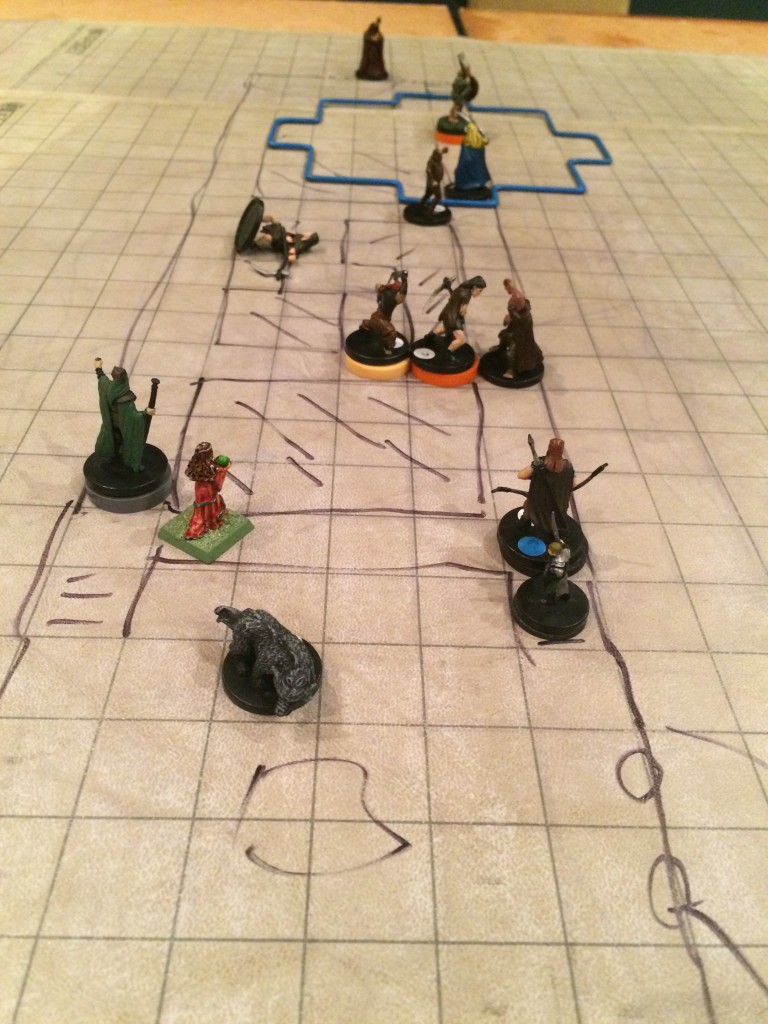 By now, much of the party had move forward; only Zainnis and Kara remaining behind to attack from range. Now he had more close targets, the wizard conjured forth another field of black tentacles—which trapped most of the rest of the party! Kara, however, was being particularly effective, using a spectral hand to keep the wizard frightened and off-balance. Later, this would save Aq’s life.

As the fight raged on, the first black tentacles failed and Aq—dangerously wounded—moved forward to attack. In response, the wizard called forth black energy into his hand, but failed to injure Aq with it. Now, the wizard was injured and—in desperation—backed off and hurled another enervation at Aq. If it had hit him, it would have killed him but Kara’s magic proved the difference between life and death and the bolt missed. Barely.

In return, Aq cut down the wizard and the party were victorious.

Now, most of them were badly injured and so they healed themselves before searching the rest of the building. They found some magic, the wizard’s spellbooks and a journal. The journal was particularly illuminating and explained how the wizard was part of a secret cabal—the Keepers—who were likely responsible for the strange creature rampaging beneath the city. It also spoke of an ancient book—the Pnakotic Manuscript that might hold the key for understanding and destroying the monster.

It seemed that to battle this menace the party had to find the Sunless Grove. It apparently lay at the bottom of the stairs from they had turned back. However, the party were in no shape for another fight and so rested overnight.

After reporting their findings to the mayor, and gaining some extra magics to help them, the heroes descended the stair. It plunged impossibly deep below the town. The deeper it went the older and cruder it became until at the bottom is was little more than a set of worn natural steps. At the bottom, however, the party discovered an immense natural cavern. 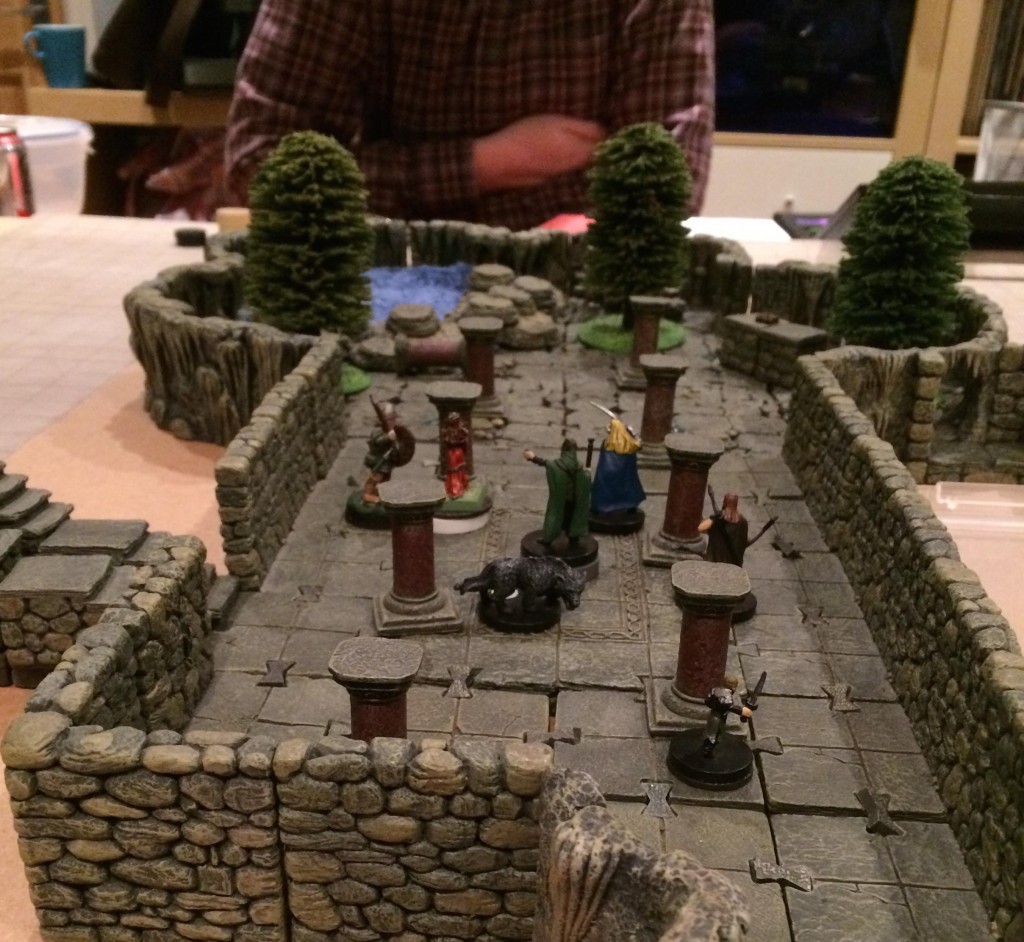 The cavern was defended by a powerful, fast-moving ghoul who injured several members of the party before it was slain. Searching the cavern the party discovered a pool of black slime, several ancient, near fossilised trees, two crushed and torn bodies and a book lying atop a crude altar…

2 Comments Share Tweet Print Email
Categories: Borderland of Adventure, Pathfinder, The Next Generation
Disclosure of Material Connection: Some of the links in the post above are “affiliate links.” This means if you click on the link and purchase the item, I will receive an affiliate commission. Regardless, I only recommend products or services I use personally and believe will add value to my readers. I am disclosing this in accordance with the Federal Trade Commission’s 16 CFR, Part 255: “Guides Concerning the Use of Endorsements and Testimonials in Advertising.”

2 thoughts on “Shattered Star #22: Into the Sunless Grove”