At the end of last session, we left our heroes recovering from a ferocious battle with an Abyssal larva…

Although they had slain the beast, several of the party had suffered grievous wounds, and so they retreated back up the stairs to find their two companions—Grooble and Quennel—who yet searched a mouldy storeroom for treasure. They quickly found their companions, and shortly thereafter—after recounting their adventures—Grooble healed their wounds. Thus bolstered, the entire party again descended the stair to the lower level. Back in the room with the slain Abyssal larva, the party discussed their plans and eventually decided to take the first door on their right.

The door opened into a corridor that in turn led to a room. A steady flame—akin to a torch—burned in the chamber and seemingly floated in midair. More worryingly, the flame burned in the centre of a runic circle. The party examined the circle for a while, but could discern nothing definite about its origin or purpose. Suddenly, seemingly bored, Quennel stuck her hand into the circle. 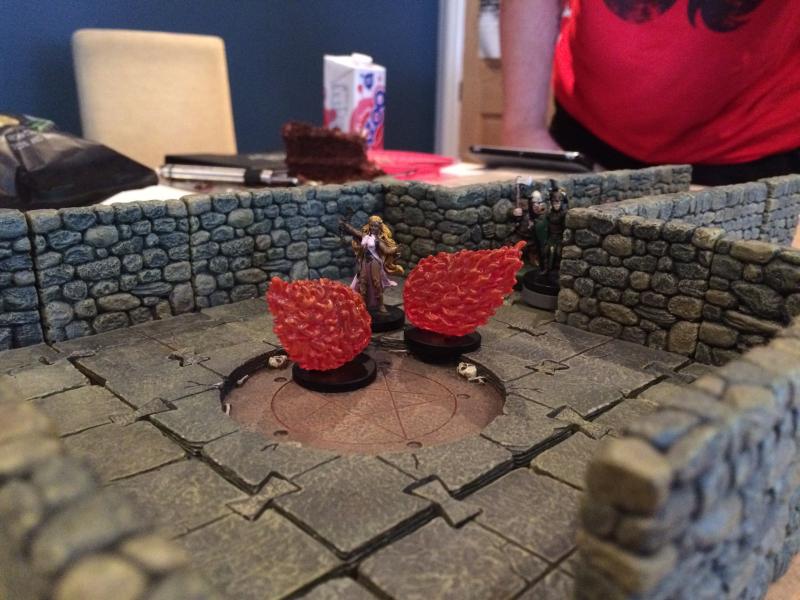 This had an immediate affect. Two glowing balls of fire immediately detached themselves from the glowing flame and attacked the hapless bard. Although she was burnt, Quennel managed to avoid the worst of the attacks and, shortly, her companions rushed to her aid and slew the fire beasts. Still, even though combat had raged throughout the room none of the adventurers had broken the circle a second time and they seemed strangely reluctant to do so after the battle ended.

Thus, the mystery of the circle remained unsolved—at least for now—and the party pushed on out of the only other door in the chamber. Beyond lay a long corridor and another door. Breaking into the room beyond, the party discovered two vaguely humanoid creatures comprised of melted flesh. These were quickly identified as lemure devils and despatched. 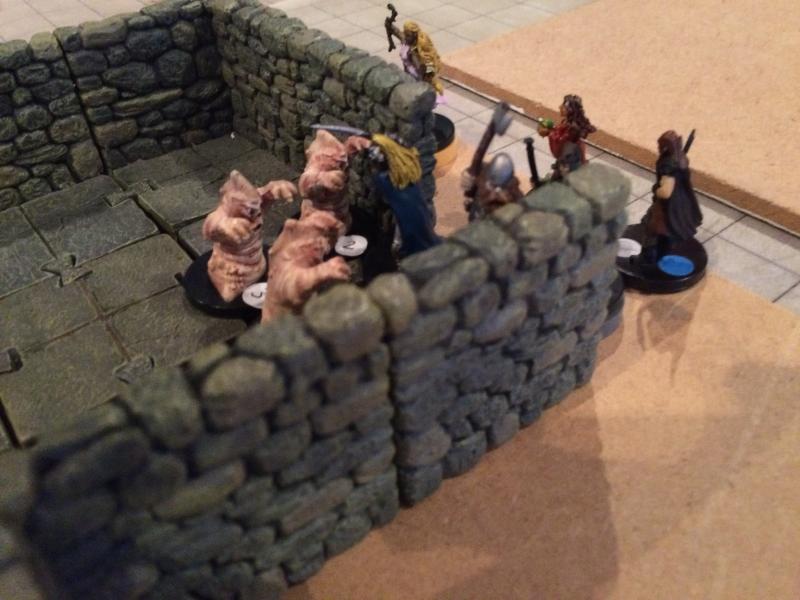 An iron ring curtain separated the room in two and as the party parted the curtain to investigate the rest of the area, a high pitched voice pronounced they had passed the first test. Strangely, no other creatures seemed to be present in the room, but the party quickly realised that whoever—or whatever—was talking with them was probably invisible. The creature—who identified himself as the Suzerain of Little Erebus— demanded the party slay his hated rival—Lord Baz—to gain a rich reward. By now the party were tremendously suspicious and when the creature was discovered to be evil by Aq’s detection abilities they leapt into action. The creature was quickly slain by Zainnis placing an expertly shot arrow directly between its eyes.

A small amount of treasure was recovered and the party continued, slaying another trio of lemures in a nearby room. The next room they discovered held a huge amount of piled up boxes, barrels and old laboratory equipment. Within, they discovered a strange clockwork construct; it was inanimate and it appeared the creature needed a key of sorts to power it up. The key was nowhere to be found, but the party did discover a strange crank that might be of use later.

At this point, the party rested for the night.

The next day, the party discovered another staircase descending even further and decided to backtrack to search some of the unexplored rooms behind them. In short order they had discovered another short staircase leading downwards and a room guarded by three strange otherwordly creatures. Identified as nupperibos, they were quickly slain. 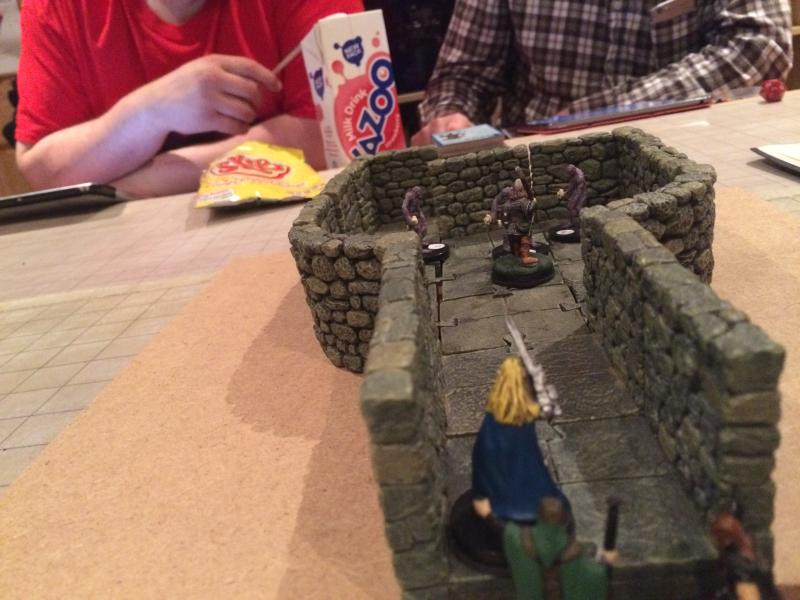 Stairs from the room led downwards and brave Narfu heroically descended them to scout ahead. He discovered a small network of passageways, several doors and a room containing a pillar decorated with the image of a seven-pointed star…

1 Comment Share Tweet Print Email
Categories: Borderland of Adventure, Pathfinder, Shattered Star
Disclosure of Material Connection: Some of the links in the post above are “affiliate links.” This means if you click on the link and purchase the item, I will receive an affiliate commission. Regardless, I only recommend products or services I use personally and believe will add value to my readers. I am disclosing this in accordance with the Federal Trade Commission’s 16 CFR, Part 255: “Guides Concerning the Use of Endorsements and Testimonials in Advertising.”

One thought on “Shattered Star #13: A Devilish Time…”