At the end of the last session, we left our heroes searching an ancient storeroom after defeating a small group of skeletons.

It quickly became evident to many of the group that nothing else of interest lurked in this chamber, but Grooble and Quinell decided to give the area an extra search. The rest of the party returned the way they came—planning to reconnoiter the way to yet another set of steps leading deeper underground.

Their journey was not to be an easy one, however. 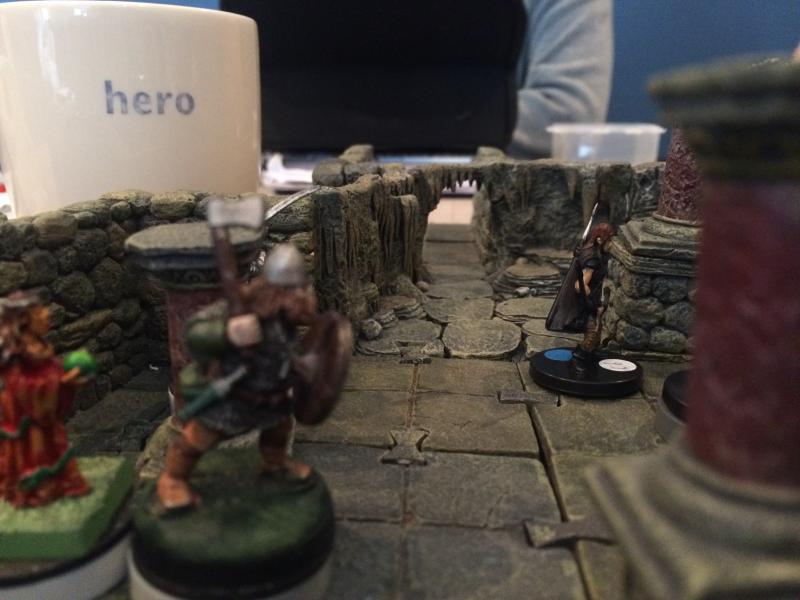 Returning to the grotto-like room from which they’d discovered the secret door leading to the skeletons disaster almost overtook them. For lurking in the chamber, high up near the ceiling was a cave fisher. With the PCs’ arrival, it stuck. First the  strange beast ensnared Aq in a sticky web-like material and began to pull the unfortunate paladin towards itself. Narfu saved the day, by slashing the web, but the creature repeatedly tried to draw some prey put to the ceiling. 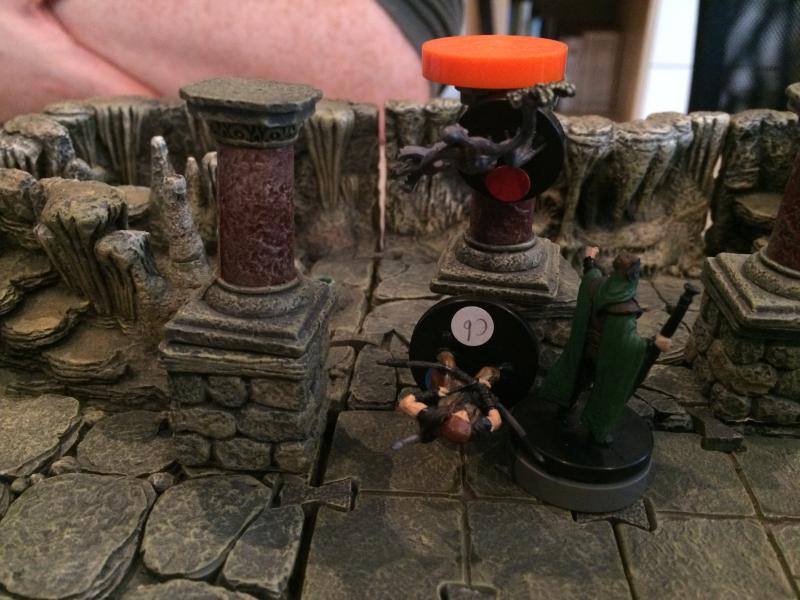 The beast was so high up that it lurked in shadowy light and shooting it proved difficult. Zainnis was the first to injure it with a well-placed arrow and in revenge the creature ensnared him—pulling the unfortunate ranger off the ground and up a brick pillar holding aloft the ceiling. Again, though, the beast had not reckoned on Narfu. Bravely—some might say almost suicidally—he leapt onto his companion and the cave fisher drew them both upwards. Relatively quickly, Zainnis freed himself and fell to the ground, but by then Narfu had because ensnared it the creature’s web. Finally, it drew the monk close enough to feed upon him and, with its huge pincers, dealt the monk a devastating injury. By now, though, the beast was near death and Narfu—fearing a long fall to the ground 40 ft. below—stuck himself to the pillar with a tanglefoot bag. He did this just in time as Zainnis’ next arrow slew the beast!

Narfu, however, was still trapped high up on the pillar. He managed to free himself from the tanglefoot bag, but promptly slipped and fell to the ground far below. The fall nearly killed him, but Aq and Tristham quickly used their divine healing powers to save their brave companion.

Undeterred by this setback, the party again searched the area and found a pouch tied to one of the cave fisher’s legs. Much of the contents were rubbish, but they did find a magic bracer—a twin to the one worn by the mite king previously slain. Narfu quickly claimed the matching set.

Thus bolstered, the party reached and descended the stairs previous discovered. At the bottom, they discovered a door which led into a room dominated by a central statue depicting a woman wielding a glaive. Lurking behind the statue was a hideous worm-like creature that spewed forth maggots! Battle was quickly joined—and when the beast was identified by Kara as an abyssal larva Tristhram used his divine power to smite and slay it. However, this was not before the fell beast had grievously injured several of the party. 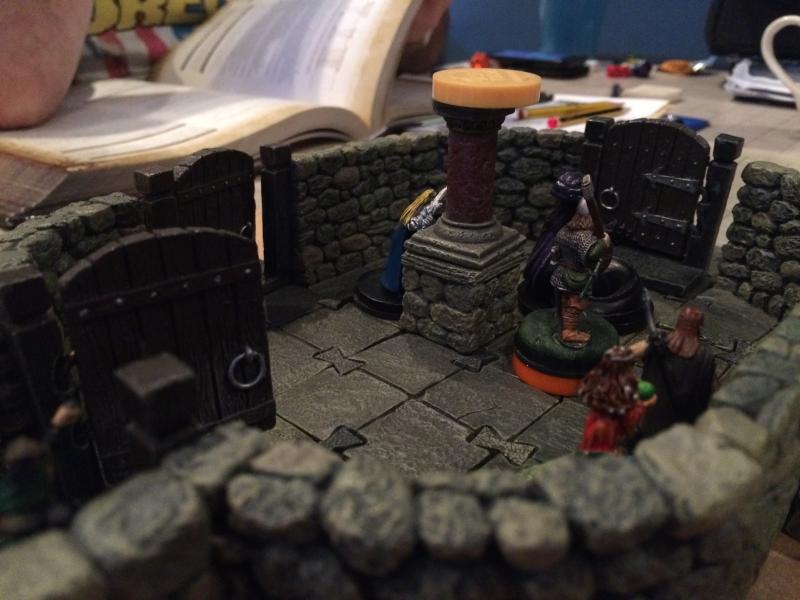 Thus weakened, and still without the support of Grooble and Quinell, the party decided to retreat up the stairs to regroup and rest, but not before Tristham claimed the glaive carried by the statue…