I was recently chatting with some chums about characters and their backgrounds. In my Shattered Star campaign about half the players have created background for their characters while half have not. 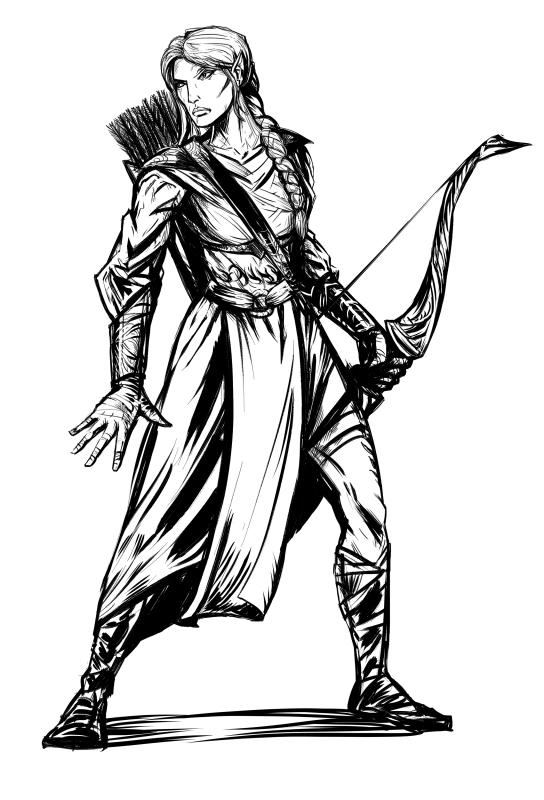 To my mind, there are three basic benefits of writing a character background. While they ring true for a one-shot game, all are particularly relevant for campaign play.

You are More Invested in the Character

This seems a total no-brainer to me. As a player, I love to know more about the character I’m playing. To me, a character without a background is totally disposable—he’s not a “real” person. (I know, the irony). He’s just a collection of stats and abilities.

While I might not ram every small detail of the character’s background down my fellow players’ throats it helps me portray the character.

A background helps me as a player:

Your GM is More Invested in the Character

I think this is something a lot of players forget. A background gives your GM a deeper understanding and appreciation of your character. A background can explain those strange and quirky things the character does that otherwise people might find annoying.

A background enables your GM to craft interesting, flavoursome side-quests and rewards that are totally unique to your character. Some GMs may even run entire adventures based on your character’s background or goals. If you don’t have a background it’s hard to do that.

It also enables your GM to give you bonus XP for roleplaying. Free XP—sign me up!

Your Fellow Players are More Invested in the Character

I think a lot of players think of a background as something that only benefits them.

You Are Not Too Busy To Write A Background

When you made your character, how long do you spend looking at books, reading spell descriptions, choosing skills and so on? Do you obsess for hours, days or weeks about the smallest mechanical detail? How many books do you read?

Don’t get me wrong, the crunchy bits of your character are jolly important. However, the fluffy bits are equally important (and here’s how to design them along with some secret character motivations to get you going). Spending even half the time on fluff as you do crunch is time well spent. It doesn’t have to be some kind of magnum opus after all.

Is writing a character background worth it? Is it a waste of time? Let me know what you think in the comments below.

24 Comments Share Tweet Print Email
Categories: Borderland of Adventure, Gaming Advice, Player Advice, Shattered Star
Disclosure of Material Connection: Some of the links in the post above are “affiliate links.” This means if you click on the link and purchase the item, I will receive an affiliate commission. Regardless, I only recommend products or services I use personally and believe will add value to my readers. I am disclosing this in accordance with the Federal Trade Commission’s 16 CFR, Part 255: “Guides Concerning the Use of Endorsements and Testimonials in Advertising.”

24 thoughts on “Player Advice: 3 Reasons to Have a Character Background”