Over the weekend, I got to do something I never thought I’d get to do again. I got to introduce a completely new group to the Keep on the Borderlands. 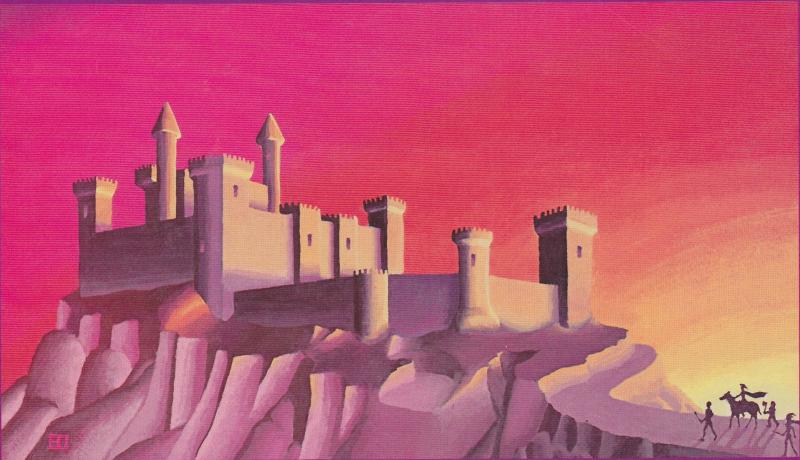 That’s right. Not a single member of the group had even heard of the adventure before!

How cool is that?

I’ve been gaming for over 30 years and I’ve run B2 Keep on the Borderlands many times, but always there’s been someone (or multiple someones) in the group who has already played or GMed the adventure. But this time was different.

Of course, the group was a little bit atypical. As some of you may know—if you follow our session summaries—my 11-year-old son plays in my Wednesday night Shattered Star campaign. He’s enjoyed it so much, he’s been nagging me to start a game up for him and his friends. Well on Saturday afternoon I settled down with one other gamer dad and four over-excited 11-year-olds and they began to explore the Caves of Chaos.

Well, they didn’t actually get to the caves as it turned out. First we did some character generation and went over the Pathfinder rules. While some of the boys had played before we had a newbie in our midst. Once this was all done, our adventures began!

Ironically, play was a little bit…chaotic. They met some goblin raiders on the way to Ironwolf Keep and had a long fight (which they won). 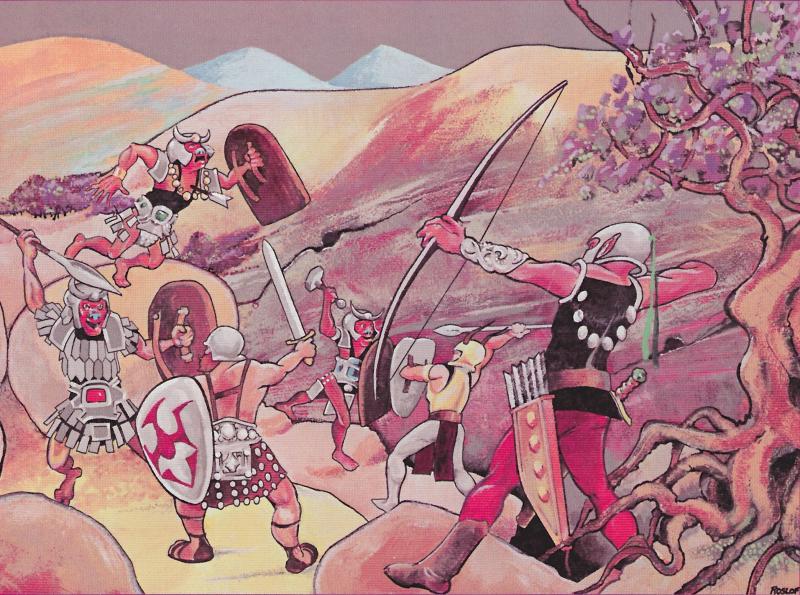 Eventually, they reached the keep and set about selling their loot and finding out a bit more about the area. As well as making some friends among the keep’s traders they indulged in a surprising amount of actual roleplaying before learning of the mad hermit lurking in the nearby woods. The hermit was preying on lone travellers and had a gigantic wolf pet (not a lion as I placed the keep in Ratik so as to be part of the Borderland of Adventure). They resolved to slay the hermit and this they did spectacularly—and very quickly.

At this point we pretty much ran out of time. A bit more role-playing and some rumour gathering was done and then the kids went outside to run around and bleed off some energy through the clever strategy of hitting each other with plastic swords.

Gaming with kids is certainly different to gaming with adults.

There’s less focus, more messing about and a lot more chocolate. Rules aren’t as important. They worked together, they helped each other out in combat (although the cleric kept accidentally healing the goblins) and (even) treasure distribution was surprisingly amicable. They had a blast even though we really didn’t get that much done. And I don’t think that was the point. When they were fighting the goblin raiders or the mad hermit, they weren’t thinking about the larger picture of the caves they were totally embroiled in the here and now. That kind of focus is refreshing.

Perhaps next time we play, they’ll actually make it to the caves. After all, they’ve learnt that piles of magical armour are hidden in the southern caves, that a powerful magic wand was lost somewhere underground and that a rich merchant is in desperate need of rescuing…

7 Comments Share Tweet Print Email
Categories: Borderland of Adventure, Creighton, The Next Generation
Disclosure of Material Connection: Some of the links in the post above are “affiliate links.” This means if you click on the link and purchase the item, I will receive an affiliate commission. Regardless, I only recommend products or services I use personally and believe will add value to my readers. I am disclosing this in accordance with the Federal Trade Commission’s 16 CFR, Part 255: “Guides Concerning the Use of Endorsements and Testimonials in Advertising.”

7 thoughts on “Living the Old Gamer Dream With B2”