A good adventure blurb is a critical part of the design process. No matter how good the adventure, a terrible blurb will have a devastating effect on your players’ level of engagement. 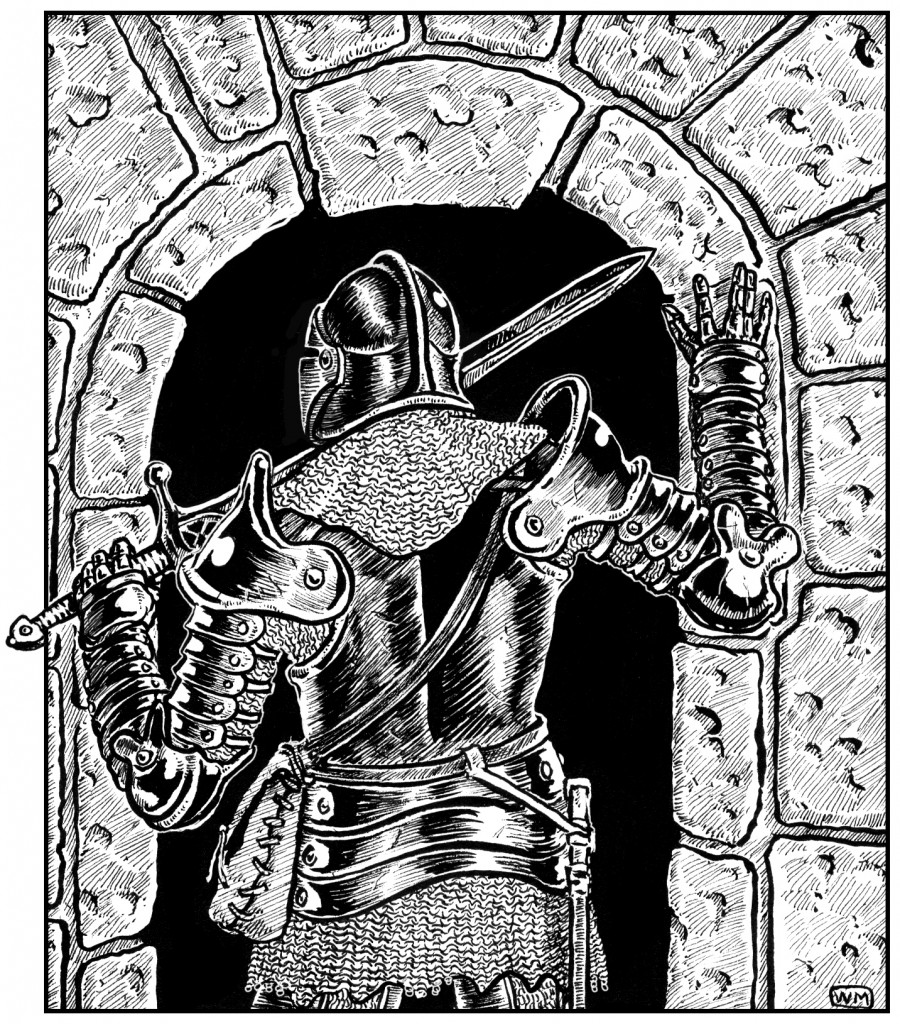 An adventure’s blurb is a key tool for arousing the interest of your players. A good adventure blurb both sets the tone for the adventure and provides a brief summary of the situation before the PCs arrive.

An evil villain lives in a dungeon and plots a diabolical scheme. Then just before he completes his plot the PCs turn up.

This blurb example is deliberately terrible, to make a point. Would you buy that module? I wouldn’t! Now consider this blurb (which I’m confident you’ll recognise):

A long time ago, in a galaxy far, far away…

It is a period of civil war.
Rebel spaceships, striking from a hidden
base, have won their first victory
against the evil Galactic Empire.

During the battle, Rebel spies managed
to steal secret plans to the Empire’s
ultimate weapon, the Death Star, an
armored space station with enough
power to destroy an entire planet.

Pursued by the Empire’s sinister agents,
Princess Leia races home aboard her
starship, custodian of the stolen plans
that can save her people and restore
freedom to the galaxy…

I know this isn’t an actual adventure blurb. For me, though, it’s a perfect example of what an adventure blurb should be. You’ll note, it has three distinct components:

Here is an example in this format (for an adventure I’m thinking of writing):

Two centuries ago, the Witnesses of the Inevitable Doom sealed themselves up in the Eternal Citadel – their impenetrable, remote mountain redoubt. Safe within, they awaited the coming apocalypse as foretold in the doom-laden prophecies of the mad, blind seer Tuevo Varala. But doom lingered not without the citadel but within. Madness in the gloom beneath the mountains heralded a frenzied tide of slaughter that swept through the citadel’s precincts and sundered the Witnesses into fanatical splinter cults.

Decades later the implacable servants of a lurking, elder evil crept up from the eternal dark of the Ebon Realm to prey upon the degenerate survivors and to corrupt a debase few to the corrupt worship of their demonic lord. Whispering promises of power and favour, the Ulat-Kini asked only for human females –essential to their blasphemous, unholy unions – in return. And slowly, their power grew.

The blurb fails in one regard. It includes information the players shouldn’t know at the start of the adventure. That’s because I wrote this blurb for myself to give me a sense of the adventure and to see if I really wanted to write it. I had slightly different objectives. This leaves me with one final note: when you write an adventure blurb never forget who will read it!

Do you write your adventure blurbs in another way? Share your strategies in the comments below and help your fellow freelancers write exciting, evocative adventures blurbs.

3 Comments Share Tweet Print Email
Categories: Freelance Advice, Gaming Advice
Disclosure of Material Connection: Some of the links in the post above are “affiliate links.” This means if you click on the link and purchase the item, I will receive an affiliate commission. Regardless, I only recommend products or services I use personally and believe will add value to my readers. I am disclosing this in accordance with the Federal Trade Commission’s 16 CFR, Part 255: “Guides Concerning the Use of Endorsements and Testimonials in Advertising.”

3 thoughts on “GM Advice: How to Write Awesome Adventure Blurbs”