As the savage seasonal storms abated and winter released its icy grip on Ashlar, a new adventuring band coalesced in Languard, capital of the duchy and nearest settlement of note to Gloamhold’s doom-drenched halls. 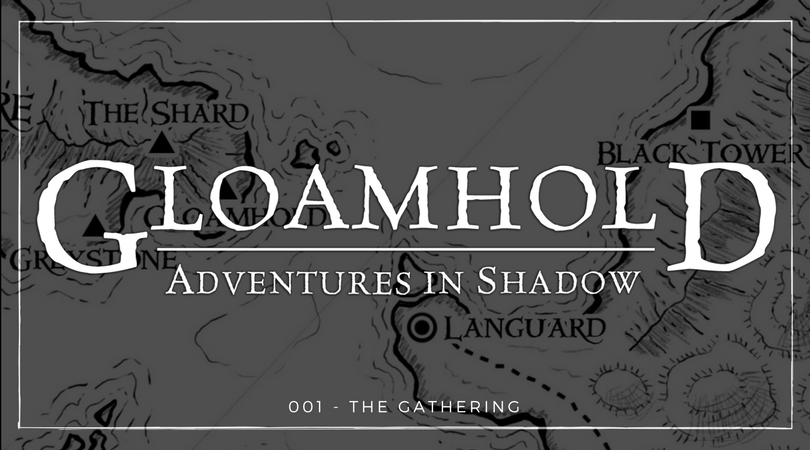 A curious mix of dwarves and elves (and one human), the group was a neophyte band of strangers who had come together for one reason—to explore Gloamhold. Each of the group had his own reasons for making the perilous journey across Hard Bay’s turbulent waters but over the winter the adventurers had come to know and trust each other.

The first problem the adventurers faced was how to actually reach Gloamhold. Although the dungeon lay just five miles away across the bay, none of the heroes possessed a boat (or the knowledge to successfully sail one). It seemed they needed to hire a fisherman to carry them to their adventure.

Thus, over winter the adventurers spent much time in the Fishshambles, trying to find a suitable, trustworthy sailor. The Drunken Sailor—a popular inn on the docks—seemed the perfect place to find such a person. In amiable conversation, the innkeeper, the balding and gregarious Arlamen Evdrearn, suggested Taneli Leino. Although several other sailors presented themselves to the party, including the self-styled best sailor in Languard Aaro Korpela, the party eventually hired Taneli Leino.

A few days later, the last of the winter storms had blown themselves out and the winds were finally favourable—tomorrow the party would depart on their first adventure!

0 Comments Share Tweet Print Email
Categories: Adventures in Shadow, Gloamhold
Disclosure of Material Connection: Some of the links in the post above are “affiliate links.” This means if you click on the link and purchase the item, I will receive an affiliate commission. Regardless, I only recommend products or services I use personally and believe will add value to my readers. I am disclosing this in accordance with the Federal Trade Commission’s 16 CFR, Part 255: “Guides Concerning the Use of Endorsements and Testimonials in Advertising.”