A couple of weeks ago, I blogged about Four Overlooked Classic TSR Modules You Should Run. The post garnered a lot of interest and loads of great suggestions for other overlooked classics I had (ironically) overlooked… 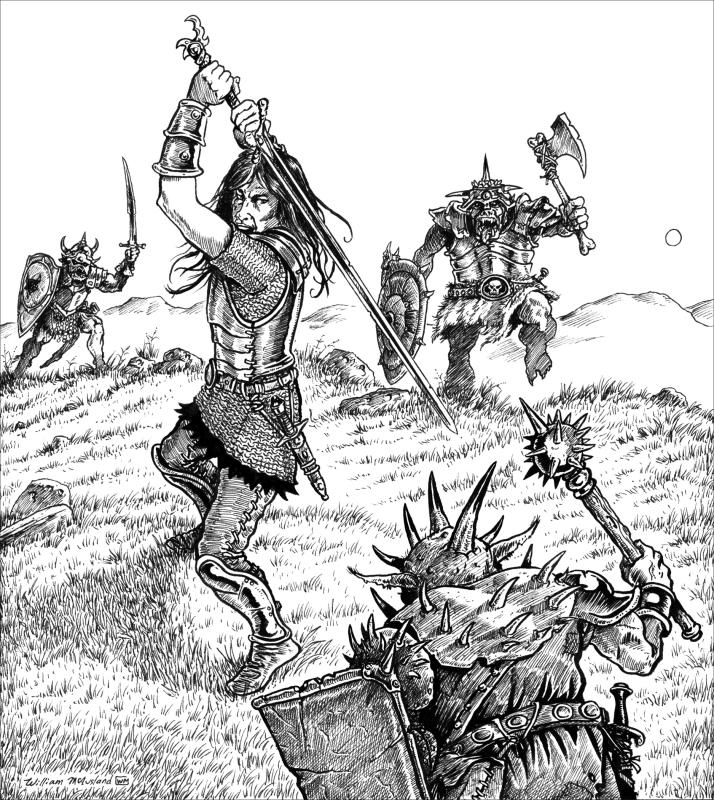 Among all the suggestions for other great modules one name came up again and again, while another suggestion had me kicking myself for missing out the module in the first place. It seems only right and proper (now I’ve had time to read the first module) to include them in my list as “honourable mentions.”

Another module that also came up quite a lot in the discussion was U1 Sinister Secret of Saltmarsh. While U1 is undoubtable an excellent module I’m not sure it really counts as overlooked. It’s an absolute classic, but I think it too well known to include in my list.

Thus without further ado, here are the two modules I should have included in my original list.

Often seen as a mini-campaign in its own right, B10 Night’s Dark Terror is described as a “Special Basic/Expert Transition Module for levels 2-4.” The adventure comprises a wide variety of challenges and features the incursions of goblin hordes and the sinister machinations of the Iron Ring — an evil organisation dealing in theft, extortion and slavery. Set in the Grand Duchy of Karameikos its easily convertible to any campaign world (including my beloved Greyhawk — in fact it would feature very well in my own Borderland of Adventure campaign).

The amount of extra material you get with this module is staggering. It’s double the normal size for a B series module at 64 pages and you also get a double-sided map sheet and 120 die-cut counters for use in the ensuing battles. It even comes with two two-panel covers you could use as a GM screen.

I’m annoyed with myself that I’ve owned this module for over a decade, but never got around to reading it. I think this would a blast to run. (And given I’ve been recently pondering running a 2nd Edition AD&D game, it might be featuring in my campaign sooner rather than later!) 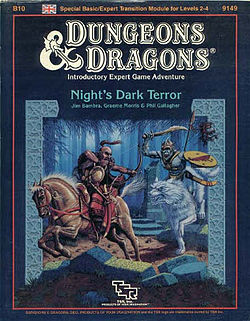 N1 Against the Cult of the Reptile God

I’ve run N1 Against the Cult of the Reptile God twice (that I recall) and I love it. In some ways it’s a lot like The Village of Hommlet in that it’s got a detailed village (Orlane) rife with intrigue. The village is brilliantly designed and I love the way the cult has wormed their way into the community. That said, the module’s very tough toward the end. If you haven’t enlisted the help of a certain NPC, I’m not sure how you are meant to survive a naga flinging a fireball at you!

The adventure provides an excellent mix of role-playing, investigation and combat — there’s something for everyone. That said, the lion’s share of the combat takes place in the latter part of the adventure meaning impatient hack and slashers might get bored early on. Still, cultists lurk in the village so it’s highly likely belligerent players will soon get to “enjoy” the cult’s attentions.

N1 Against the Cult of the Reptile God is set in Greyhawk, but it easily set in almost any fantasy campaign. In fact, I love the adventure so much it was one of John Bennett’s primary influences when he wrote Against the Cult of the Bat God for Raging Swan Press! Like I said, I’m kicking myself for excluding it from my original list. 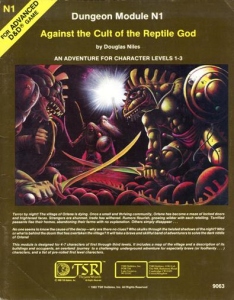 A close reading of these two modules (and the original four modules) reveals they are all pretty low-level. That’s a symptom of my gaming style because I prefer lower level play. That said, there are loads of great overlooked high-level adventures out there that don’t get enough love. Got any suggestions for what I should include in a list of overlooked high-level adventures? Leave them in the comments below!

18 Comments Share Tweet Print Email
Categories: Creighton, Gaming Advice
Disclosure of Material Connection: Some of the links in the post above are “affiliate links.” This means if you click on the link and purchase the item, I will receive an affiliate commission. Regardless, I only recommend products or services I use personally and believe will add value to my readers. I am disclosing this in accordance with the Federal Trade Commission’s 16 CFR, Part 255: “Guides Concerning the Use of Endorsements and Testimonials in Advertising.”