At the end of last session, we left our heroes resting in Marner after a harrowing battle to recover the second shard of the Shattered Star.

Guests at Heidmarch Manor, the party rested for a week and reflected on their experiences. Loot was sold, and plans were made. Eventually, it was decided Nok should carry the second shard. Luckily, Shel had already appropriated the correct ioun stone to suppress the shard’s curse and the wizard was able to attune himself to the stone.

Immediately, the party set about discovering the location of the next shard in the series. Concentrating on the shard, Nok received a vision of flying across hundreds of miles of sea to a distant rocky promontory overlooking a dismal swamp. Atop the rocky headland stood a huge statue of a regal-looking woman. 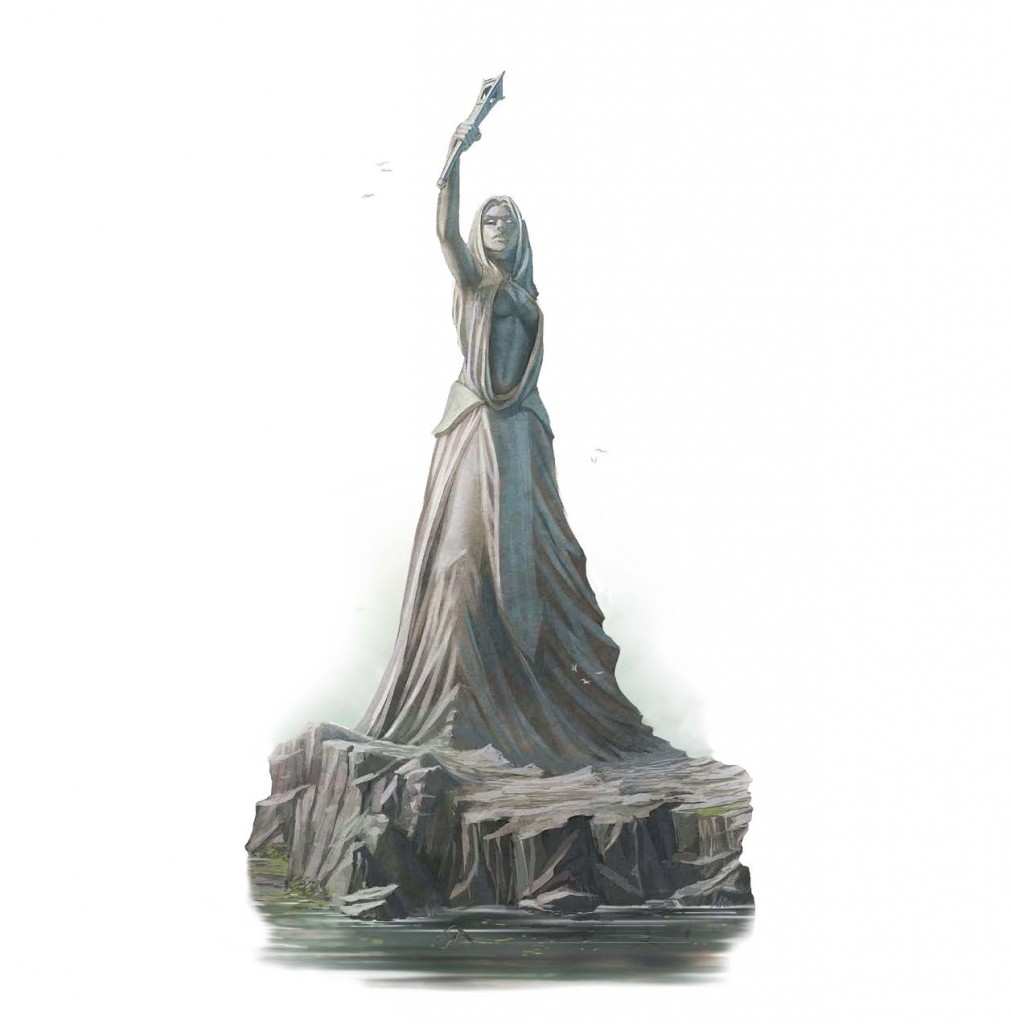 This the half-orc identified as the Lady’s Light—an immense (and ancient) lighthouse of sorts that overlooked the Lonely Heath. Here lurked the third shard—the shard of lust! This presented a problem for the party. The Lone Heath lay almost 2,000 miles to the south and several hostile (or at best semi-hostile) nations stood between the party and their goal.

The only way to reach the Lone Heath relatively quickly seemed to be by boat. However, several members of the party seemed to have an irrational fear of boats perhaps fearing  their trip southwards would be anything but uneventful…

2 thoughts on “Shattered Star: Where Lies the Third Shard?”