At the end of last session, we left the PCs lurking in Heidmarch manor plotting their next assault on the Tower Girls.

Shel Heidmarch had lent the group a substantial amount of money to purchase items vital for the assault. This the party had done, and their delay paid unexpected dividends with the return of Grooble Fizzlebottom III who had been engaged on some personal business.

Thus bolstered, the party set out for the Crow the next morning. The discovery of a fishing net floating in the sea near the piling gave them pause when they discovered something massive had ripped a hole in the huge net. However, this did not deter them,and they pressed ahead with their assault.

They discovered the bottom level of the piling remained unoccupied and quickly climbed the long staircase to the upper level. Narfu went ahead to scout and discovered the upper level also remained seemingly unoccupied, although a smouldering campfire betrayed the recent presence of someone. This suspicion was further compounded when Narfu set off a crude trap on the secret door leading into the shaft room. Here, someone had propped an old battered shield against the back of the door and when Narfu opened it, the shield clattered to the floor.

Undeterred, the brave scout returned to the party and they advanced to the upper level and the shaft. Here, they discovere their crude rope bridge had been dismantled. This discovery, coupled with the fact the Tower Girls clearly knew they were coming, gave them pause. With many of the group wearing heavy armour, they dared not attempt the perilous crossing. After a brief discussion, the party decided to retreat Marner to gather the necessary supplies to rebuild the rope bridge.

This they did—getting caught in a brief squall on the way home—and returned the next day ready for action.

Again, they set off early in the morning and reached the upper level without incident. This time, Narfu “disarmed” the shield trap and the party crept into the shaft room. Not wasting any time, they constructed a crude bridge of sorts and—one by one—sallied forth to the platform, and from there to the crypts above.

The crypts were similarly abandoned, and before long the party reached the stars leading down to the large room in which their last battle had gone so disastrously. Again, Narfu was despatched to see what lay beyond, and the intrepid monk returned with bad news—the Tower Girls again seemed ready for them! 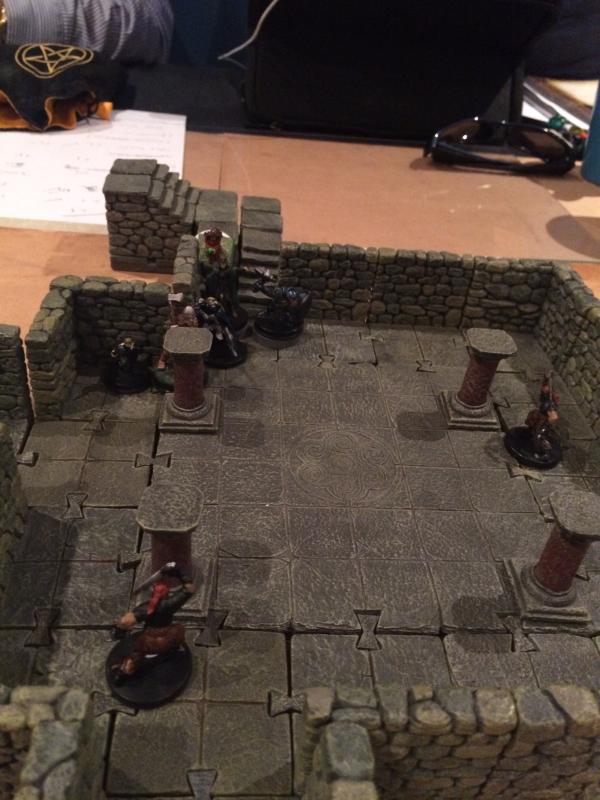 With no other cunning tactical manoeuvres open to them, the party made their final preparations and attacked!

A ferocious battle quickly developed in the room. The party advanced and were met by a hail of crossbow bolts. While Kara, Grooble and Nylond remained close to the stairs, Narfu, Aq and Tristham took the fight to the Tower Girls. Things seemed to actually be going quite well, until the group’s sinister wererat leader appeared, and shot Kara who was in the midst of casting deep slumber from a scroll. The spell failed, and Kara retreated. However, all was not lost; the party seemed to have much the better measure of the Tower Girls this time and slowly they forced their way into the chamber. 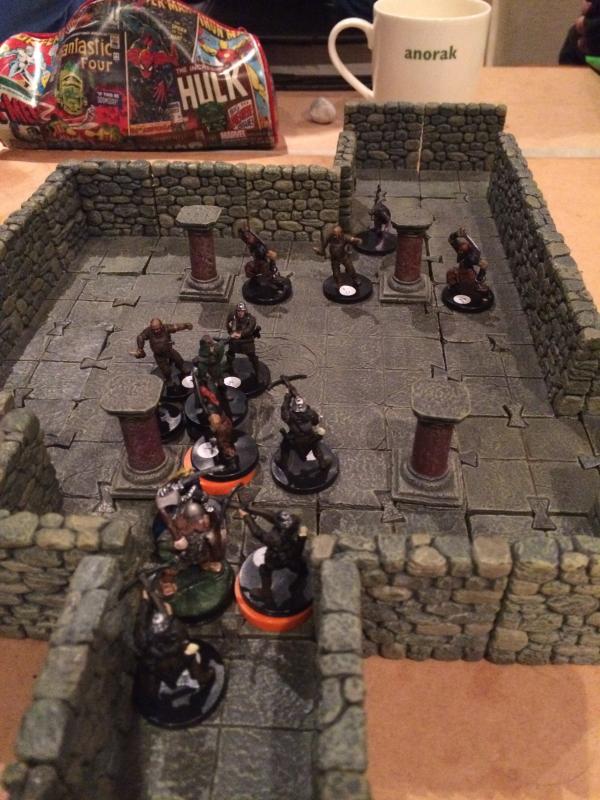 Kara unleashed more magic and the wererat leader fled. This was lucky, as the sorcerer’s next spell had almost disastrous consequences for the party. Reading a sleep scroll, she accidentally targeted a group of combatants including several of her companions. Narfu along with a Tower Girl succumbed to the magic and both collapsed. This hole in the party’s defences proved almost disastrous. However, Grooble and Nylond blocked the gap and fought on. By now, many of the party were wounded and the spellcasters had expended many of their spells.

However, the Tower Girls were similarly reaching the limits of their endurance. As the fight dragged on, more fell until only a few stood to oppose the party. At this moment, their wererat leader returned having thrown off the affects of Kara’s terrifying magic. At sight of her, the party’s paladins leapt into action! Tristham engaged one of the wererat’s closest allies while much of the rest of the party swarmed their unfortunate opponent. While Kara and Narfu dealt with a Tower Girl trying to escape up the stairs, the rest trapped the wererat in a corner. 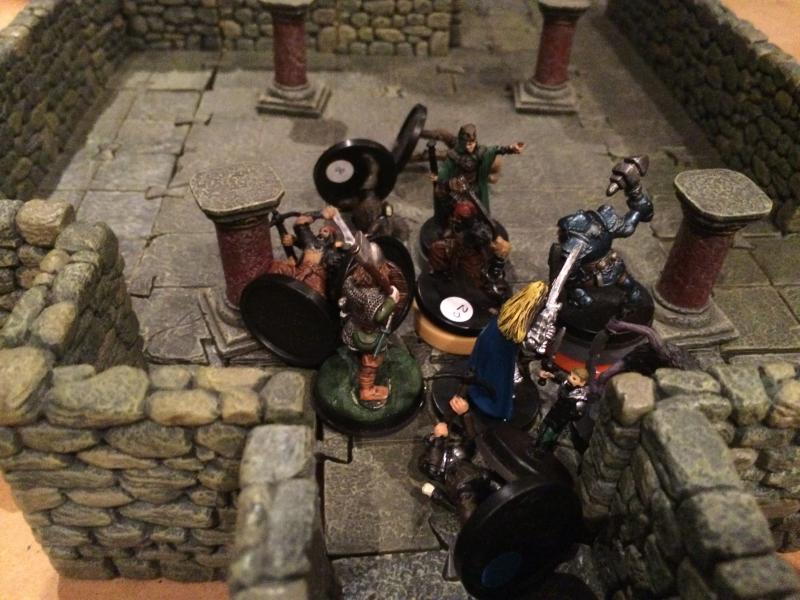 Both Aq and Tristham smote the evil creature and eventually it fell. With the wererat’s death, the battle was over and the party stood alone among the bloodied, twitching corpses of their enemies…

1 Comment Share Tweet Print Email
Categories: Borderland of Adventure, Pathfinder, Shattered Star
Disclosure of Material Connection: Some of the links in the post above are “affiliate links.” This means if you click on the link and purchase the item, I will receive an affiliate commission. Regardless, I only recommend products or services I use personally and believe will add value to my readers. I am disclosing this in accordance with the Federal Trade Commission’s 16 CFR, Part 255: “Guides Concerning the Use of Endorsements and Testimonials in Advertising.”

One thought on “Shattered Star #7: Fall of the Tower Girls”