At the end of last session, we left Narfu in a perilous position.

Several tentacles burst forth from the hovering pool of water and ensnared the heroic scout. Yet more tentacles burst forth from the water to grapple Thaladan, but Cortana was faster and dodged the tentacles questing for his warn flesh. Narfu, was even more unlucky that his fellows, though, because the creature within the water—revealed to be a gigantic octopus—also bit him, pumping a powerful weakening poison into his body. 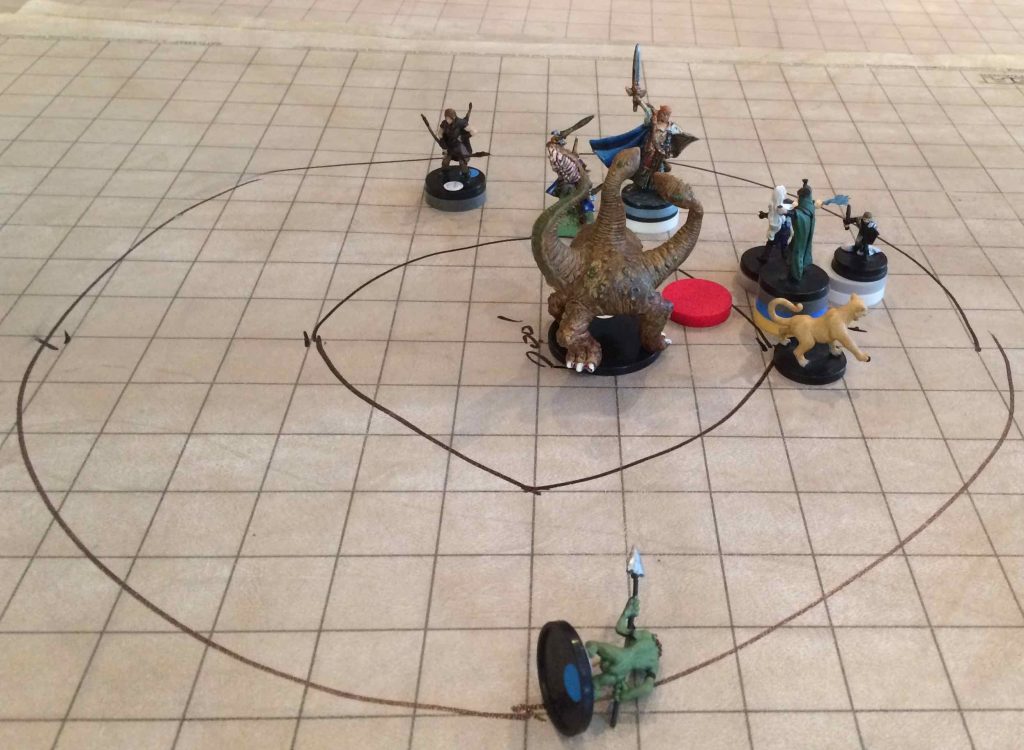 Seeing the situation was grim, the party leapt into action. Zainnis shot arrows into the creature while Karelia wreathed it with powerful magic. Thus slowed, the octopus’ battle skills were critically degraded and shortly thereafter, the party slew it. However, although they were victorious, poison yet flowed through Narfu’s veins and the party—particularly Grooble—had to expend precious charges from a wand of lesser restoration to reverse the damage it wrought on the scout’s body.

With the creature slain, the party searched the room and found several magic items—chief amongst them a cloak of the manta ray—on the crushed and decomposing skum body lying on the other wide of the pool.

Afterwards, the party left the strange building and moved back down the island to a strange tower that seemed to be constantly shedding and regrowing its walls. Shards of white shale sloughed from the tower creating a dangerous cloud of falling debris. Zainnis volunteered to dodge the falling debris and explore within the tower but as he approached the structure, a giant frilled lizard emerged from the shadows within and charged. While ferocious, the creature was no real threat to the party and it was quickly slain. However, during the battle Karelia hurled a fireball at the creature, which accidentally struck one of the falling white shards; consequently, it detonated prematurely and slightly singed Zainnis who has been in the act of retreating at the time.

After a quick search, and the recovery of some treasure, the party pressed onto a smaller building with a cracked dome that stood near to the beach with the Wedding Stone. They discovered the place to be a library of sorts; Karelia was understandably excited, although the few remaining “books” were of burnished copper plates floating in midair!  However, the place was not without challenges: three rust monsters lurked amid the ruined building and pounced on the two heavily armoured paladins. The creatures were slain without any actual injuries to the party, but Thaladan’s magic shield was destroyed. (Luckily, Grooble could cast make whole and promised to restore the shield once the party had rested). After the rust monsters were slain, Karelia studied the few remaining books and learnt much of the island, its many strange buildings and the flooded passages beneath them. She also learnt of something called the “unwelcome guest” and its experiments on humans brought here from the mainland.

With these victories under their belts, the party were in rare form and decided to press on! Reading the books recovered from the library, Karelia identified several buildings—primarily the Observatory and the Armillary Tower—as critical to understanding (and perhaps reversing) the strange affects blanketing the island. Thus, with a set goal in mind the party returned to the top of the island to further explore these two buildings.

However, on their way they encountered what appeared to be a confused, injured villager amid the ruins. As the confused man staggered toward them, several of the party realised something was wrong…terribly wrong with the man. Before the party could be fully alerted to the potential menace, the man rushed toward the group and as he grabbed Thaladan it seemed to change form into a huge bi-pedal lobsterman—a chuul! 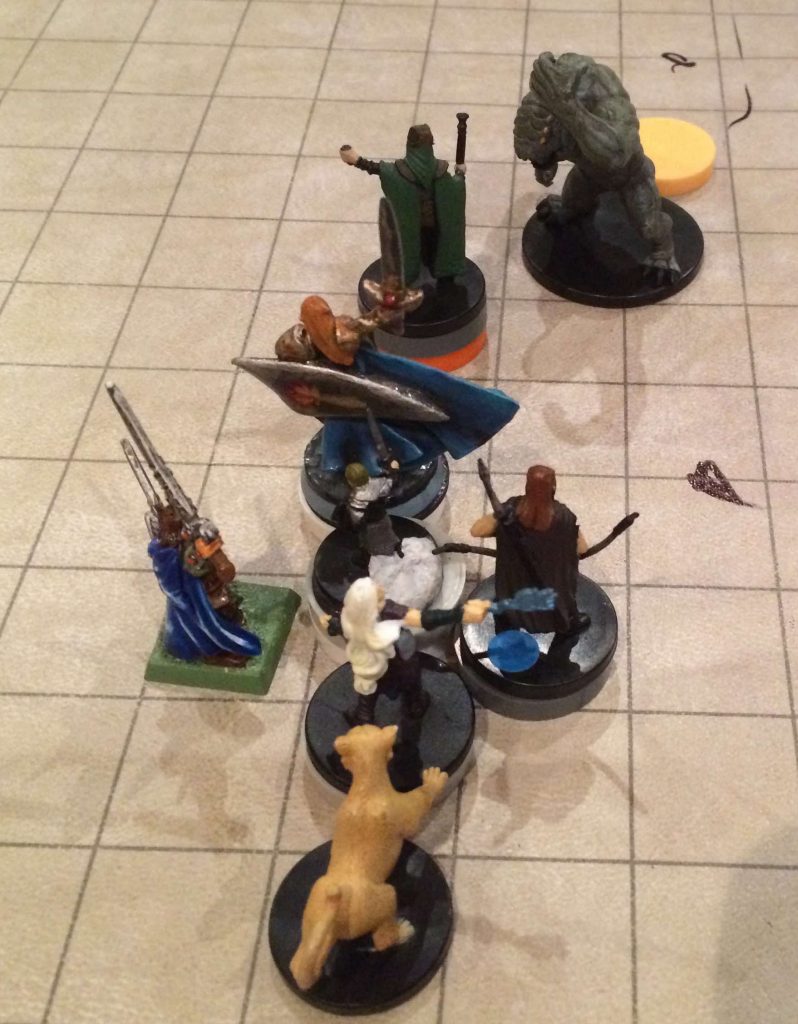 The creature grabbed Thaladan and began to squeeze the life from the doughty paladin, who was badly injured. However, the chuul was badly outnumbered and in but a few moments it went down under a virtual blizzard of attacks from Thaladan’s companions.

With this threat defeated, the party continued their advance. Finally, they approached the Observatory. As they did so, their talk turned to how to defeat the phase spider yet—no doubt—lurking within…