At the end of last session, we left our heroes standing over the bloody and slashed corpses of their enemies. Taking stock of their victory, the party searched the bodies of the fallen and explored the nearby rooms. Finding nothing of particular interest, they pushed on into the irregularly shaped room the strange rat\human hybrid had been defending.

The room was essentially empty, but to the east sunlight filtered into the room through a great window. It transpired the window was the other side of a long shaft reaching all the way down to the chamber in which the party moored their boat at the start of their explorations.

Hanging above the shaft was a wooden platform suspended by a variety of ropes. The platform looked unsafe, but it seemed there was nowhere else to go. After much discussion, and trepidation, Narfu bravely climbed over to the platform.

Once on the platform—which creaked ominously—Narfu discovered a trapdoor in the ceiling. Opening the door he found a narrow crawlway that led to a small crypt. Empty of everything of bones and dust, there seemed nothing of interest there and the intrepid scout pushed on. Sadly, in the next room Narfu set off a tripwire connected to handbell. With the loud clanging likely to alert whoever lurked beyond Narfu pushed forward and found a few more rooms one of which had a fountain shaped like a demon’s head. Another had a small store of treasure, which he appropriated for the party.

Eventually he found some more stairs leading downwards that led into a large room. Within, a half-dozen Tower Girls and another strange rat/human hybrid stood at bay waiting for intruders. These guards did not spot the sneaking monk and so he prudently withdrew. 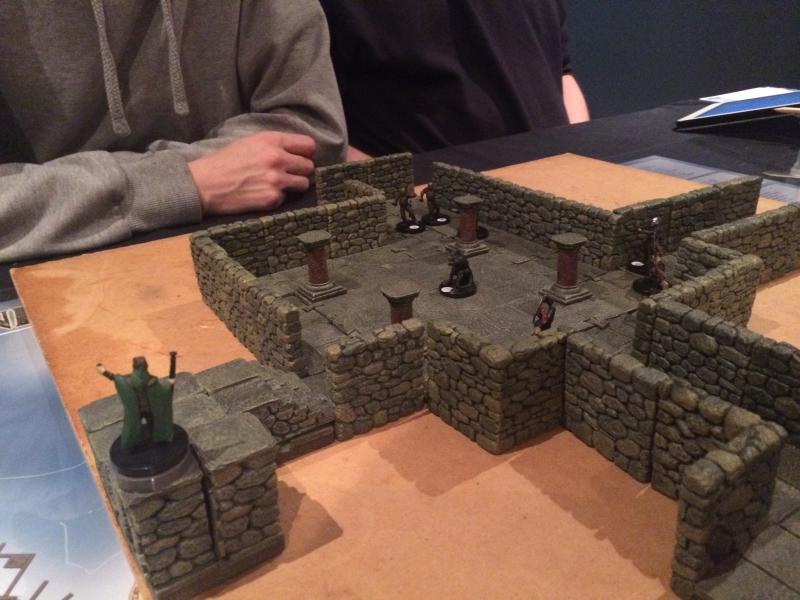 Returning to his companions, Narfu briefed them on what he had found, and the party decided to attack, but with  their arms, armour and equipment several of the party wondered how to proceed safely. After much discussion, the party fashioned a kind of staircase from the shattered remains of a rowboat they brought up from far below.

Climbing up into the crawlway, they proceeded through the crypts to the fountain room. Here Kara determined the fountain was magical, and several party members drank deeply from its refreshing waters. The water seemed to have no affect on them (beyond the obvious) and so after a few more minutes investigation they pushed on.

Proceeding cautiously down the stairs, they discovered the Tower Girls exactly where Narfu had said they would be… 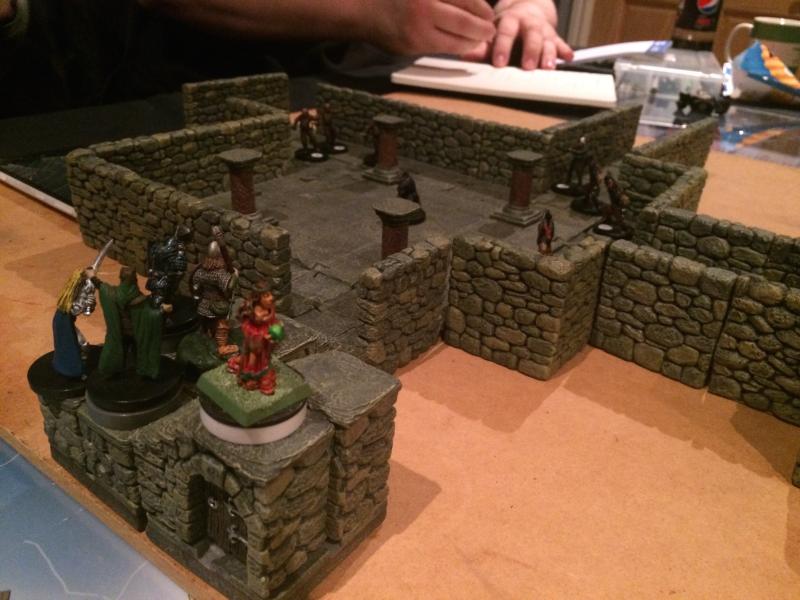