At the end of last session, we left our heroes resting in Heidmarch Manor after their near-disastrous search for Natalya Vancaskerkin. A night of good rest did much to replenish the party’s energy and strength, and after a hearty breakfast Shel summoned them to a quiet room in one wing of the manor.

It transpired that Natalya has lapsed into some kind of coma, and had been unable to answer any of Shel’s questions. However, Shel had her suspicions about the item Natalya had been wearing around her neck. Kara had reported the item radiated an almost unbelievable amount of magic and given its composition and reported powers Shel suspected it might be part of the legendary Shattered Star.

The one way to ascertain the item’s identity was to place a blue and scarlet ioun stone into an indentation on the shard. This, Kara volunteered to do—claiming the item as her own in the process. With a flash of coppery light, the ioun stone bonded to the shard and confirmed Shel’s suspicions: this was a part of the Shattered Star! Many of the party were mystified as to what the Shattered Star actually was, but once Shel explained it was an ancient artefact designed to protect against Demogorgon and his minions the importance of the discovery became clear. If reassembled, the star could provide Ratik with an important defence against Lord Monduiz Dephaar’s depredations.

Excitedly, Shel begged the party to begin such a quest. They were relatively unknown adventurers, after all, and as such  might escape the death knight’s attention long enough to reassemble the star. Of course, the party swiftly agreed to take up such a quest! At Shel’s request, Kara held the shard—now identified as the Shard of Pride—and received a clouded vision showing the next shard’s general location: the Crow piling which itself was no more than a mile from where they now sat!

The party made their plans for reach the Crow, and spent much of the balance of the morning and early afternoon collecting together the requisite gear for their exploration. Once they were ready to proceed they rowed out to the huge bridge piling using a rowboat provided by Shel. Their journey was without incident, except that a huge shadow passed under the boat. Narfu spotted the beast, but it paid them no mind. No matter, though, this event made the party uneasy. In particular, Tristram was certain something terrible would happen before they again reach the mainland.

Once at the Crow, they made a careful examination of the structure, but could find only one way inside. Rowing their boat inside, they discovered a largish stepped chamber. Three rowboats bobbed at anchor, and above the party’s heads the ceiling soared to almost the top of the piling—perhaps as high as 180 ft. A single exit led from the chamber, and beyond the party discovered a small set of unused, but obviously previously occupied rooms. Heading up a staircase, they came upon a chamber holding three empty chests. Yellow powder or mould surrounded the chests, but this turned out to be harmless—although for a while several members of the party were convinced danger lurked in the room.

Up another set of stairs they entered a large columned hall. At their arrival, a large rat darted out of the only other exit—a staircase leading up and up and up. After they searched the chamber, the party continued upwards. Eventually, they came into another set of rooms. Here, they encountered trouble in the shape of several women who identified themselves as Tower Girls. The party tried to find a diplomatic way passed the women, but they were commanded to leave. When the party refused, the Tower Girls got angry and shot Tristram several times, severely injuring him. The paladin’s companions charged into the room intent on slaying the women. The first into the room, Narfu, ran afoul of a horrible half-rat/half-women creature. 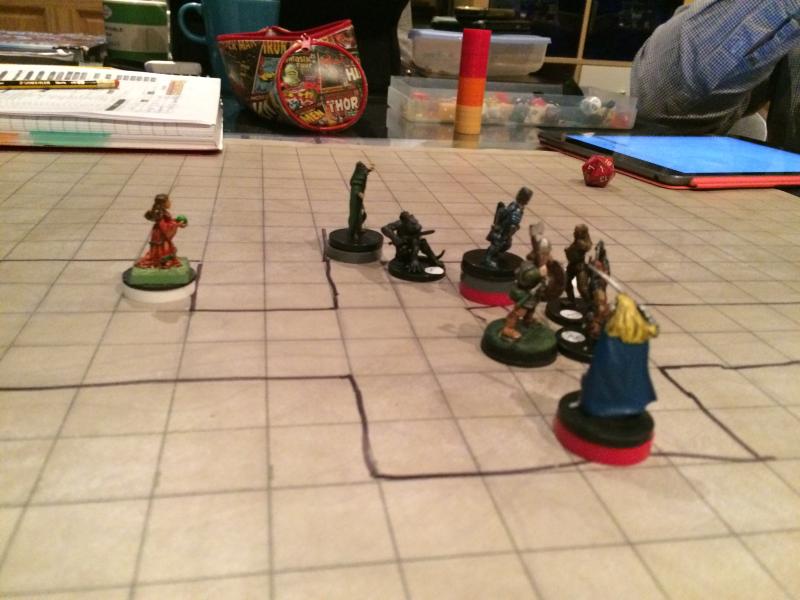 The monk’s swift reactions saved him from harm, but the creature was a tough opponent. Seemingly immune to the monk’s attacks only Kara’s magic drove it away. In the meantime, the two Tower Girls were cut down, although Tristham was also sorely wounded in the melee. 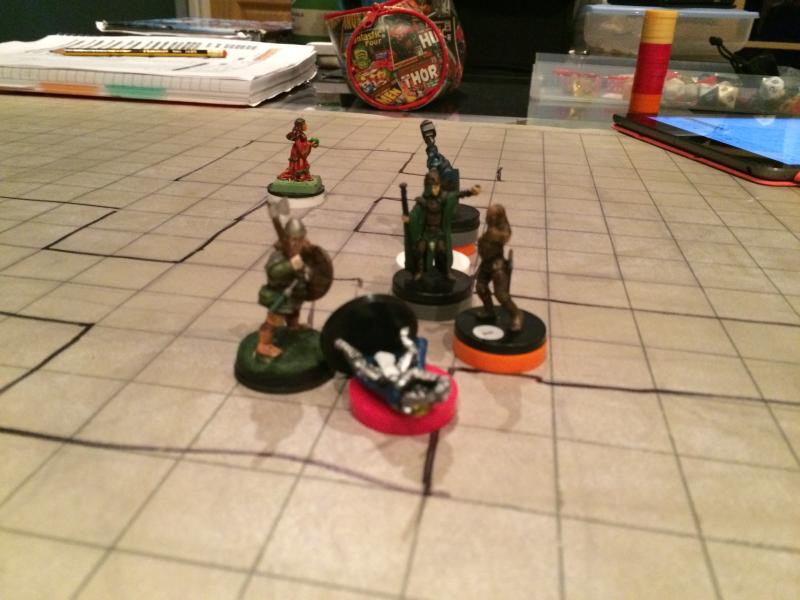 By the time they were slain (Kara vicious knifing one of the women as she lay helpless and bleeding on the floor), the half-rat creature returned. It to was eventually slain by a terrific blow from Tristram, but not before it injured several members of the party (including Aq who it viciously bit…)

2 thoughts on “Shattered Star #4: Into the Crow”