At the end of last session, we left our heroes pondering their next move.

After the death of their companion—Quienell—at the hands of the aquatic sinspwawn lurking in their watery lair, the party was divided. Some argued for immediately returning to the chamber and revenging themselves on the beasts while others counselled caution and an attempt to find a way around the chamber.

In the end, caution won out and the party backtracked slightly. First, they tried the natural cavern replete with fungi they had discovered earlier. The cavern was wet and mud coated the floor. As they moved cautiously through the area, the very cavern seemed to attack them! Near a larger pool, Aq was searching for signs that others had been this way, when some kind of amorphous blob rose out of the mud and attacked him! The initial attack badly injured the heroic paladin, but his companions swiftly came to his aid and the creature—identified as a gray ooze—was quickly slain.

Exploring the rest of the chamber proved fruitless. A narrow passageway at the rear of the cavern led south, but it linked up with a previously discovered passageway and offered no way past the sinspawns’ lair. Annoyed, the party again back tracked and returned to the chamber with the portcullis. This they quickly opened and pass along the corridor beyond. To their dismay, they discovered the passageway led into the Rift Syphon discovered previously. As they cautiously explored the place, two hell hounds pounced on the party. Their initial attack badly injured Kara but Grooble’s healing magic—and the might of the party’s paladins—quickly saw off the beasts. 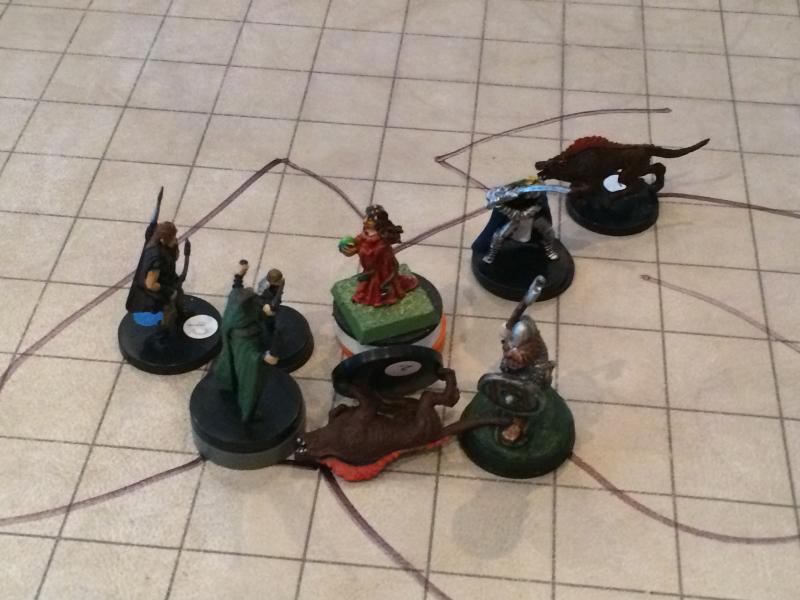 With the denizens of the place slain, the party set about trying to determine how to destroy the Rift Syphon. In conversation, Kara and Grooble realised that prying off at least ten of the iron plates covering the walls, floor and ceiling should be enough to destroy the magic linking Hell to the chamber. This they proceeded to do, but this controlled destruction summoned a denizen of hell! Luckily, only a lemure appeared and this was quickly slain. Afterwards, it was a simple matter to finish the Rift Syphon’s destruction.

After completing this momentous task, the party decided it was time to rest. They grieved for their lost companion and decided a few days rest safe in Heidmarch Manor would be desirable. Returning safely to the mainland they returned to their benefactor and apprised her of their progress (and of their slain companion).

Over the next few days, the party rested, sold their loot and plotted how to revenge themselves against the sinspawn responsible for their friend’s death. During this time, another adventurer—recommended by Shel—joined the party. Nok—a half-orc—was a magician of note and seemed a good fit to the party. Thus bolstered, the party returned to the Crow and prepared to battled the sinspawn.

As part of their preparations, much of the party shed their cumbersome armour and Kara and Grooble cast various protective magics upon them. Then, Aq, Tristham, Narfu and Zainnis entered the pool while Kara clambered around the walls using spider climb to stop any of the foul creatures escaping. Nok and Grooble stayed on the other side, ready to offer magical assistance if needed. The sinspawn were immediately alerted to the interlopers and surged forward to attack. However, the party’s preparations proved efficacious and the sinspawn were ill-matched against the vengeful adventurers. Each of the four warriors in the pool was hellbent on slaying their enemies and Grooble provided ample healing assistance when the sinspawn got too close. Nok ensnared one of the beasts in a net and thus entangled it became easy prey for its enemies. 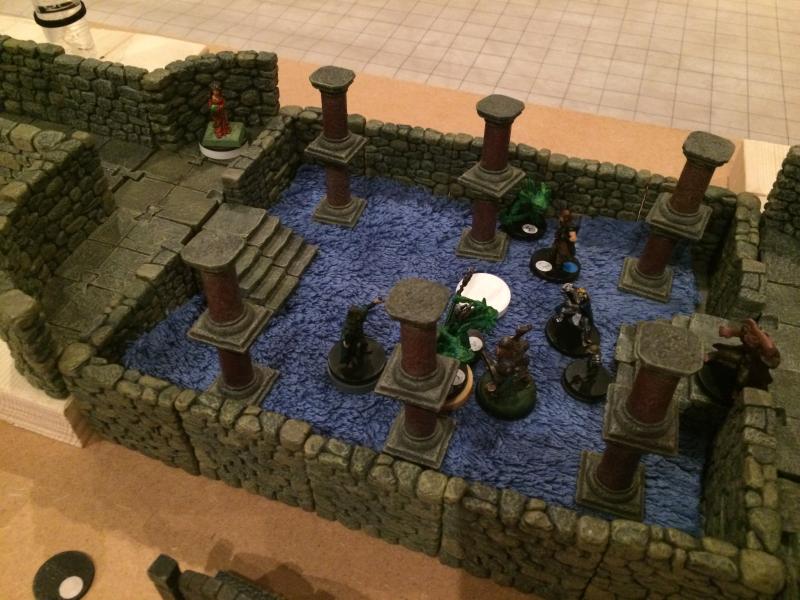 Within moments, the fight was over and the sinspawn were slain. The party then recovered the bloated, chewed corpse of their friend and emerged from the water—for the first time all had reached the other side of the pool. Kara confirmed the shard she carried yet tugged her to the south and so they prepared to continue their explorations…