At the end of last session, our heroes returned in triumph to Ountsy now in possession of three of the seven shards needed to combat the rising threat of the death knight Monduiz Dephaar.

The party returned to Ountsy and sought out a powerful cleric to return their companion, Karelia to life. She had died battling the party’s enemies and they much desired to have her returned to their ranks. The followers of the Great Guildmaster were more than happy to accept the party’s hard-earned wealth and after a few days waiting, Karelia was restored to life.

After their ordeal in the swamp, the party rested a while. Several of the heroes needed to reflect on their experiences while others—particularly Grooble—were busy buying or crafting new wondrous items. A large part of these preparations was deciding who would carry the newly recovered Shard of Lust. Both Sarif and Grooble vied for the honour of being a Shard Bearer. Eventually, Grooble’s arguments proved more persuasive and he claimed his price.

With the shard now his, Grooble was able to divine the approximate location of their next in the series—the Shard of Gluttony. It lay far to the south somewhere in the strange and dangerous city of Kaer Maga. Bizarrely, though, at this news Karelia disagreed with Grooble’s vision. In some unknown fashion, she had learned, overheard or otherwise been gifted a cryptic poem and the strong feeling the shard did not, in fact, lie in Kaer Maga. The verse she related to her companions went like this:

Blood will flow and

The damned will shriek

‘Ere you reach the secret keep

To ward a shattered star,

From all but the most greedy

After much discussion, it was decided to continue onwards to Kaer Maga. None of the previous shards had led the party astray and—in any event—no other obvious course of action presented itself.

The voyage south aboard the Mermaid’s Mistress was uneventful. Hundreds of miles of water passed beneath the ship’s bow until they entered the Hellmouth Gulf—an area of remote, sheer cliffs, lonely beaches and few settlements.

On the fateful morning, a dense fog had settled about the boat overnight and although a strong breeze blew, it stubbornly failed to dissipate. The party gathered on deck—perhaps forewarned in some unknowable way that something was about to occur. As they strained their senses, the sound of rowing came to them through the fog. Into sight, through the fog, came a rowboat crewed by but a single man. He alternately rowed and used his oar to beat at the water—the perceptive among the party saw several black fins circling the boat. At the man’s ragged calls for aid, the heroes leapt into action.

Grooble cast water walking on the party and many of them jumped overboard to rush to the man’s aid. This was where it started going horribly wrong. As they reached the rowboat, another fin emerged from the mist—but this one was bigger than a man. As Grooble cast fly on the rower and ordered him to get to the boat a huge shark burst forth from the water and savaged the man’s boat. 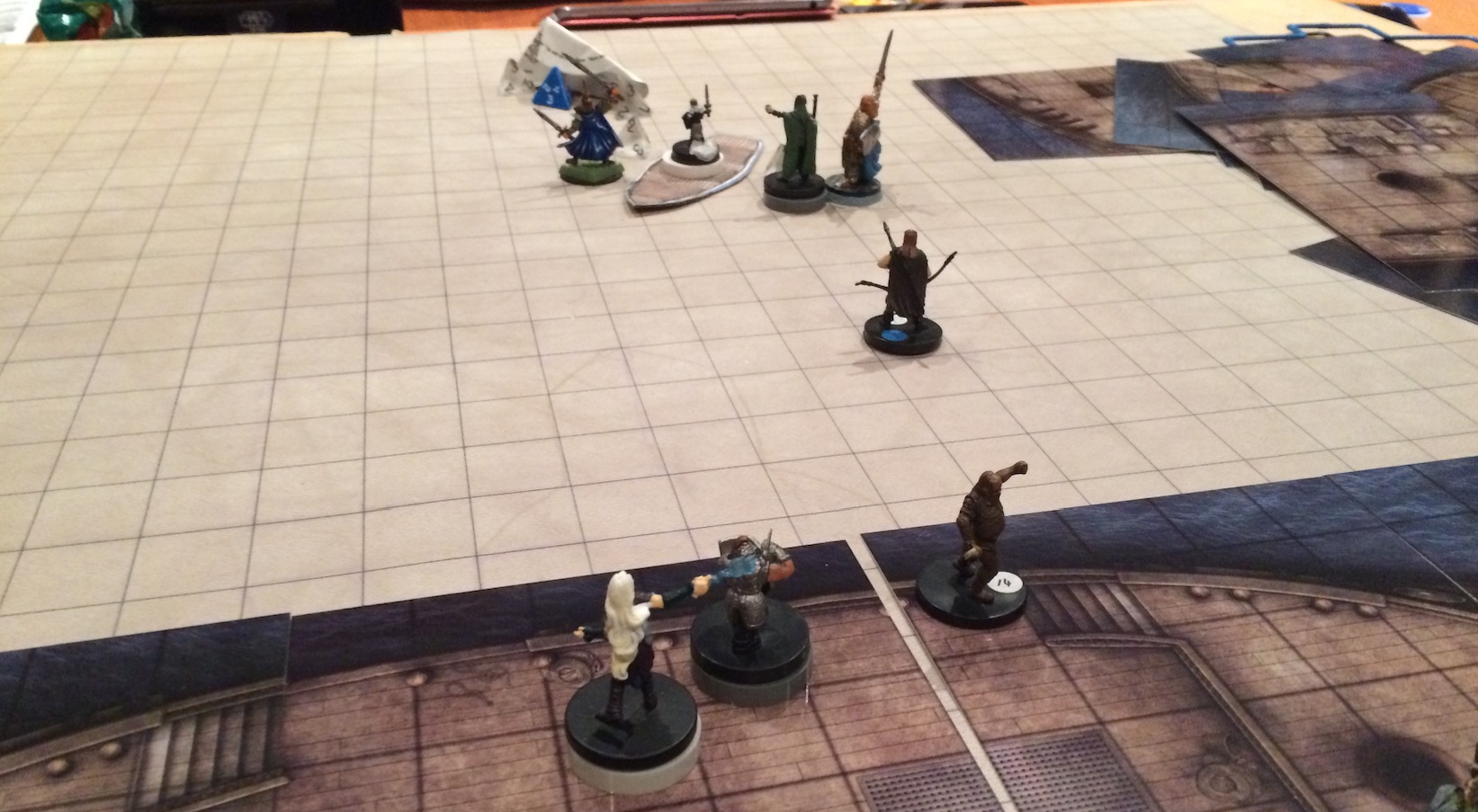 The shark was immense—clearly the largest and most powerful predator the party had ever encountered. It bit the boat in half with a single bite, as the (very lucky) rower reached the Mermaid’s Mistress. With the man safely onboard, the party hurled themselves at the gigantic and powerful predator which clearly enjoyed a great advantage in its natural habitat.

The beast ripped into the party’s warriors: Narfu, Sarif and Thaladan all being badly wounded by its massive jaws (that were seemingly large enough to swallow a horse whole). With the party’s lifeblood gushing into the ocean, Karelia leaped into action—conjuring a ball of fire to burn the beast. Several arrows from Zainnis and a couple of decent blows from the warriors, forced the beast underwater and out of sight…