At the end of last session, we left our heroes in the bowels of the cellars beneath Carrion Hill’s asylum. The party had just discovered a plush office. Narfu opened a door leading into another well-appointed room and battle ensued!

But—at that point—a tremendous crash sounded from above and the party heard something huge and heavy moving through the asylum.

In the chamber lurked three of the asylum’s guards along with a tall, tremendously thin man. Narfu tried to break into the chamber, but the guards stopped him. As the rest of the party moved into the first room, the tall man—obviously Crove—filled the chamber with a web. This trapped most of the party, and as Zainnis began to burn the web Crove followed this up with stinking cloud. 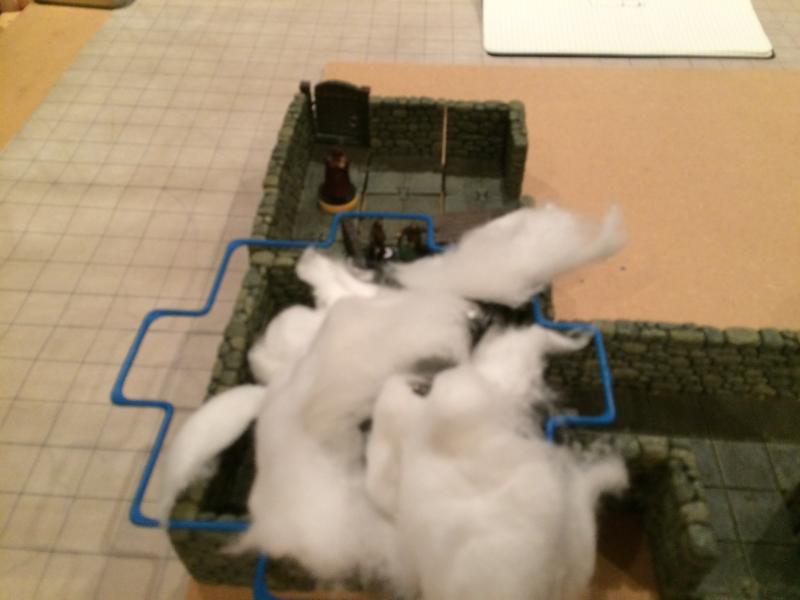 By now, the party were in trouble. Several were entangled and others were nauseated. When Crove followed this up with a glitterdust—which blinded several of his attackers—things look grim. However, by now Narfu and Tristram had struggled into the second room and slain two of the guards. Seeing this, Crove unleashed a lightning bolt that badly injured Narfu, Trisham and Grooble. Crove followed this up with another lightning bolt, but by now much of the web was gone and eventually an enraged Nok cut the old wizard down. As he did so a loud, inhuman voice shouted out, “YOG SOTHOTH.”

Moments later, Aq and Kara shouting a warning that something huge—exuding a hideous and unforgettable stench—was approaching. Zainnis—still nauseated—passed his dust of appearance to Kara who hurled it at the end of a trail of black slime that had appeared in the corridor—and seemed to be moving toward her! The dust revealed a hideous creature born of nightmare. Amorphous, with tentacles and a horrible part-human head the creature moved toward the two siblings. Brave Aq stood his ground, but he was no match for the beast which pummelled him with several of its tentacles. 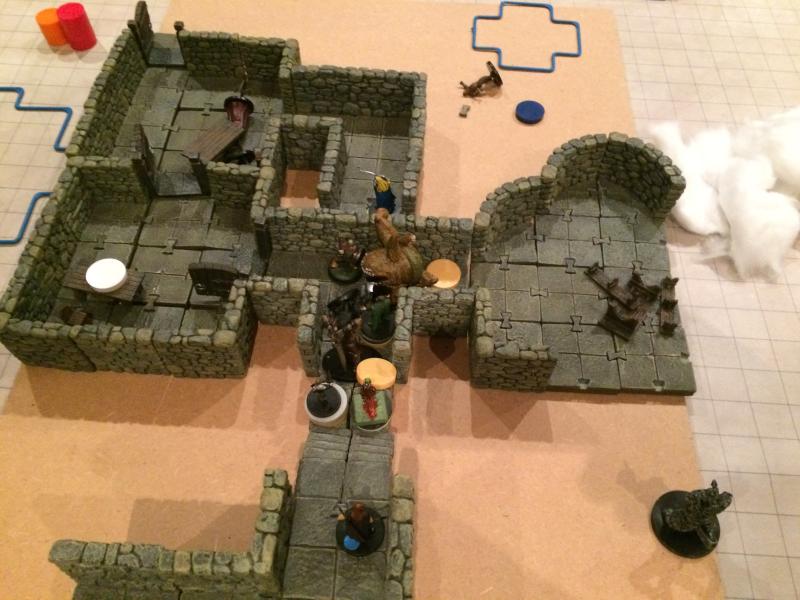 The party rushed to help their friend, and all seemed lost until Grooble found an almost perfect use for a feather token. Hurling it at the creature’s feet, a huge boat suddenly appeared giving the party a moment of respite. The creature smashed through the boat in seconds, but this gave the party vital time to regroup, heal and plan.

The heroes quickly discovered their foe was preternaturally tough, and very dangerous. Seemingly immune to mundane weapons it was also powerfully magic resistant. It quickly slew Zainnis’ wolf companion and grievously injured several of the heroes. However, magic weapons—wielded by Nok, Aq and Tristram—did seem to injure the creature. Now, it was slightly injured and the party were fully committed—death or glory awaited…