The release of Pathfinder’s range of Pocket Editions passed me by somewhat. I was vaguely aware of the release, but given I’ve got multiple physical and digital copies of the core rulebook, I didn’t give it much thought. My mistake. 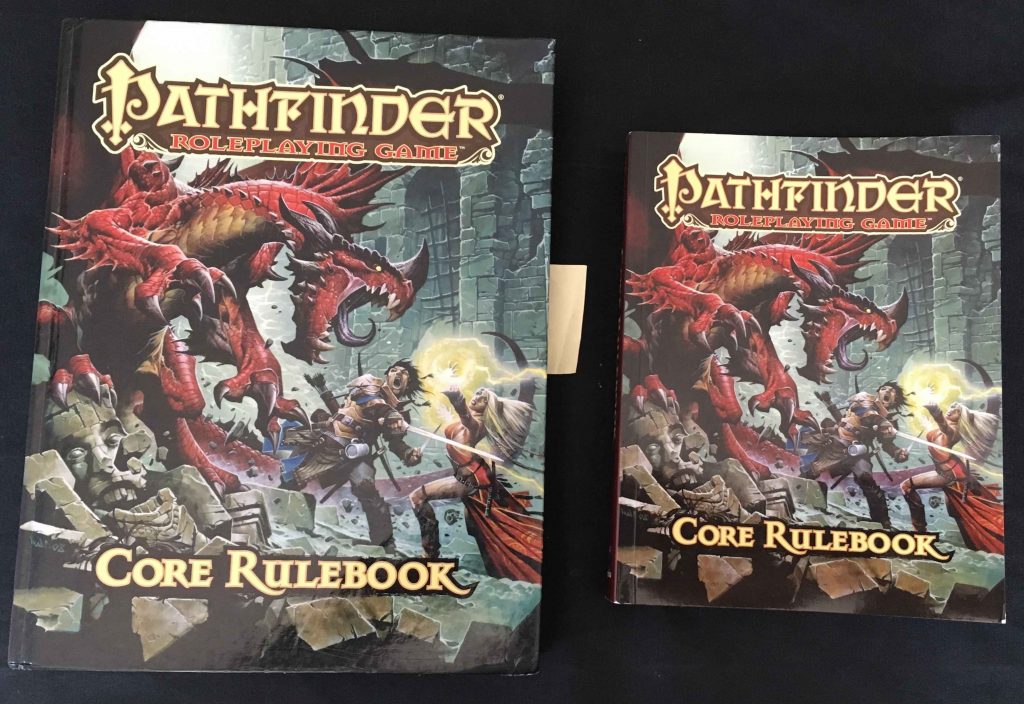 The other day, I stumbled upon a YouTube video comparing the Pocket Edition Core Rulebook to its normal hardback brethren. Blimey–what a difference!

I was immediately impressed with its portability and purchased a copy. My main reason for buying the book was to take it to a weekly game I attend on Mondays. While I use an app (RPG Books) on my iPad to access the rules at the game, I much prefer actually leafing through a physical copy during play.

The Pocket Edition is brilliant because it easily fits in my bag. If I was to take the hardback edition, I’d have to leave behind my snacks. Clearly, that’s unacceptable.

The other thing the Pocket Edition is good for is GMing! Yes, I know that sounds blindingly obvious–it’s always handy for the GM to follow (or at least know) the rules after all.

As you might know, I’m a big fan of GM screens (I love mine) but space behind it is always at a premium: the adventure, dice, pens, initiative tracker and more all jockey for space. Using the Pocket Edition as my GM reference achieves three things: 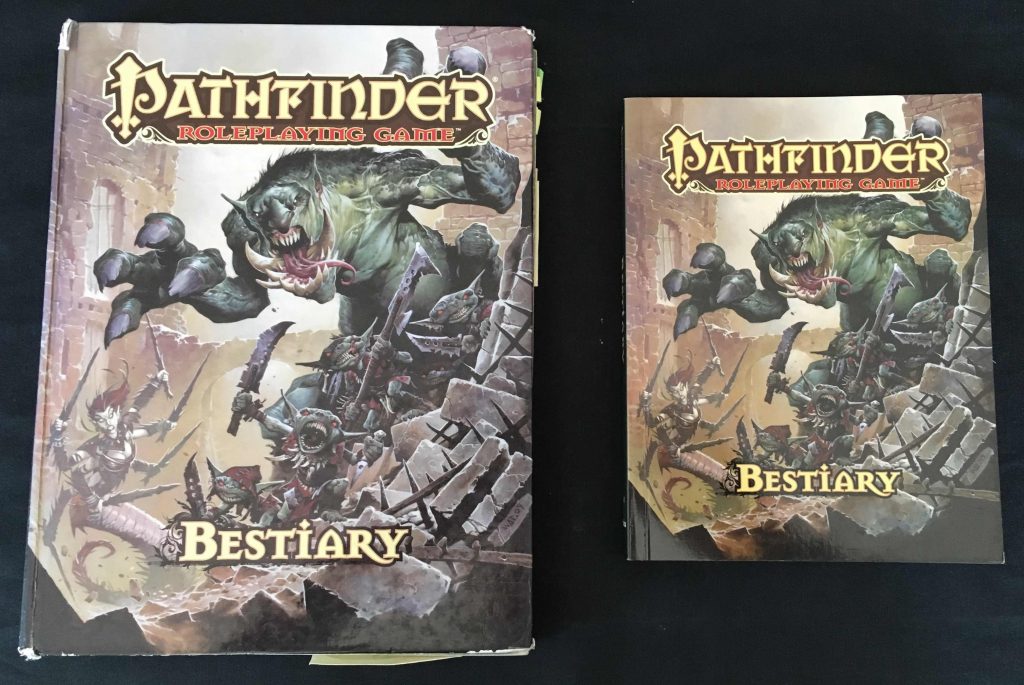 I was out on my run yesterday, when I suddenly thought, “Should Raging Swan create Pocket Editions of some of its books?” I’m not sure yet how technically feasible that is–I’ll need a PDF guru to advise me on resizing and I need to look into such thrilling subjects as trim sizes and suchlike–but the idea intrigues me!

Do you buy physical Raging Swan books? Would you be interested in Pocket Editions? If so, should I focus on the various Miscellanies (Dungeon Dressing, Wilderness Dressing and Urban Dressing) or have a stab at converting an adventure or two?

Please let me know what you think, in the comments below.

3 Comments Share Tweet Print Email
Category: Raging Swan Press
Disclosure of Material Connection: Some of the links in the post above are “affiliate links.” This means if you click on the link and purchase the item, I will receive an affiliate commission. Regardless, I only recommend products or services I use personally and believe will add value to my readers. I am disclosing this in accordance with the Federal Trade Commission’s 16 CFR, Part 255: “Guides Concerning the Use of Endorsements and Testimonials in Advertising.”

3 thoughts on “I Love the New Pocket Editions!”