You are amazing and your designs are awesome. You have a rare talent and really you should be treated differently to other freelancers. After all, you are doing the publisher a favour working for his company… 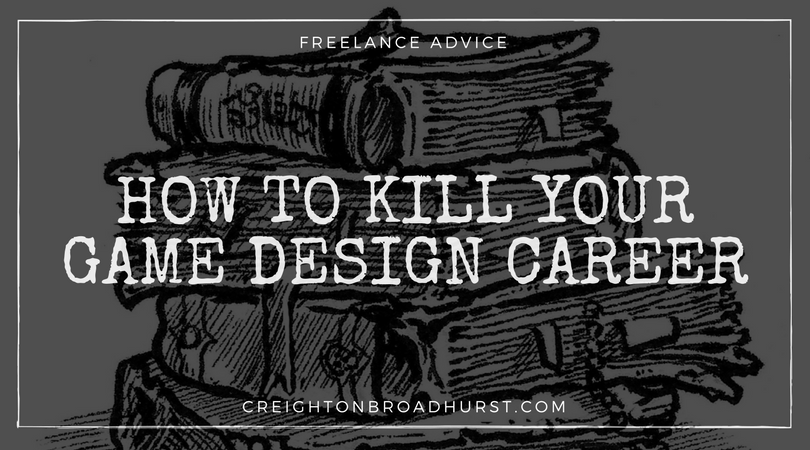 I originally thought of this article title as a joke in an idle moment. I was brainstorming article titles and before I knew it, I was scribbling notes as I thought, “Yup, that reminds me of designer X and that reminds me of designer Y.” Although I’ve previously written about a freelancer’s Golden Rules, it’s just important to list the various pitfalls a freelance designer can fall into.

So there you have it. Don’t do any of the above and you are on the way to a successful freelancing career.

Got any more hints for what not to do as a freelancer? Share them in the comments below and help other gamers dodge the pitfalls of a freelance career!

2 Comments Share Tweet Print Email
Categories: Freelance Advice, Gaming Advice
Disclosure of Material Connection: Some of the links in the post above are “affiliate links.” This means if you click on the link and purchase the item, I will receive an affiliate commission. Regardless, I only recommend products or services I use personally and believe will add value to my readers. I am disclosing this in accordance with the Federal Trade Commission’s 16 CFR, Part 255: “Guides Concerning the Use of Endorsements and Testimonials in Advertising.”

2 thoughts on “Freelance Advice: How To Kill Your Career”