Curses aren’t all doom and gloom. Minor curses can be great fun to role-play and result in memorable gaming sessions as the cursed adventurer wrestles with his new affliction. 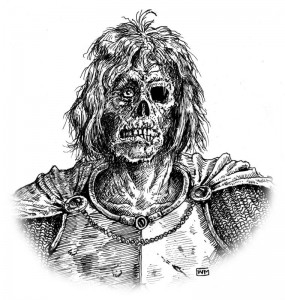 Perhaps the PCs have fallen prey to a vicious hedge witch or have garnered the attentions of some otherworldly, capricious power. Hitting the PC with a -6 penalty to an ability score or other major penalty is sometimes overkill. That’s where minor curses come into their own.

Minor curses are annoying, but don’t derail the session or adventure as the party scramble to deal with their consequences. Their game effects are minor, and the player should be encouraged to role-play their consequences as much as possible. To generate a minor curse, roll a d20 and consult the table below:

Have you used other minor curses in your game? Let us know what they are in the comments below and help GMs everywhere bedevil their PCs with minor curses!

4 Comments Share Tweet Print Email
Categories: Campaign Components, Pathfinder
Disclosure of Material Connection: Some of the links in the post above are “affiliate links.” This means if you click on the link and purchase the item, I will receive an affiliate commission. Regardless, I only recommend products or services I use personally and believe will add value to my readers. I am disclosing this in accordance with the Federal Trade Commission’s 16 CFR, Part 255: “Guides Concerning the Use of Endorsements and Testimonials in Advertising.”