Standing deep in the Forest of Gray Spires, the Maddening Spire (as it is sometimes called) appears as if twisted and melted by some primordial, unfathomably powerful force. Those daring its interior simply disappear or are driven mad by their experiences. 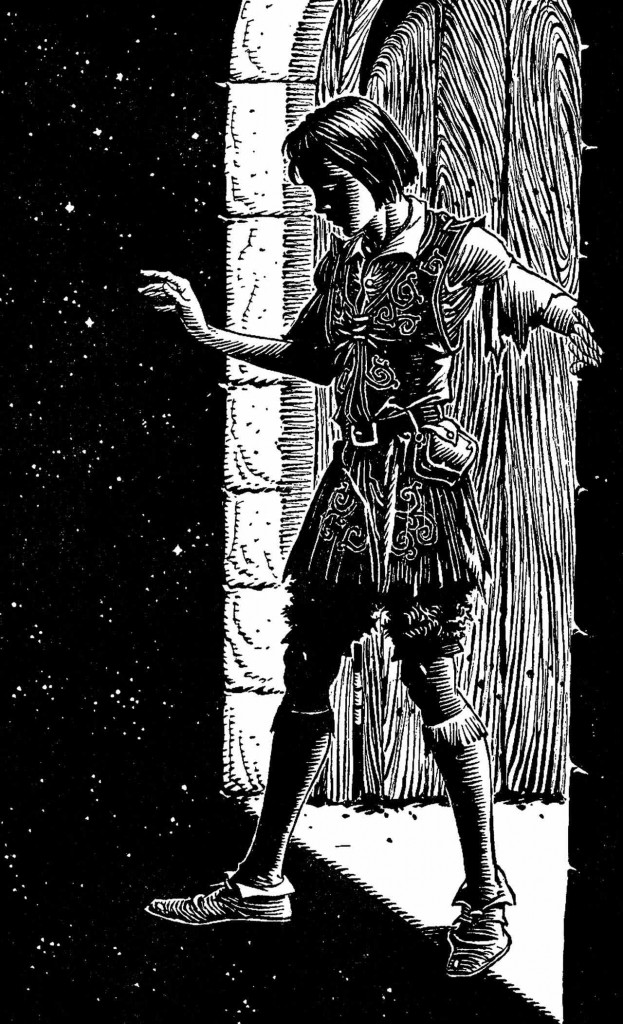 Rising high above both the many lesser tall and slender rock spires and densely-packed trees clustering thickly throughout the area, this twisted spire of white flecked limestone has featured in the legends of explorers for centuries. Few, however, can attest to ever having laid eyes on the tower itself as it stands in a particularly remote, labyrinthine area of the forest. Fewer explorers still have dared to scale its melted, twisted flanks to explore the interior. Wholly without doors or others means of ingress, the only known method of access is via the tower’s upper level. There a great circular shaft bounded by a great, now crumbling, staircase spirals down into the tower’s depths.

What little is known of the interior has been gleaned from the mad ravings of the few survivors of such expeditions. Within, galleries lead away from the central shaft to corridors that twist and turn with little regard for logic or sense. Rooms are oddly, even disturbingly, shaped.

The great central shaft pierces the bedrock upon which the spire stands and connects the tower to an extensive network of partially flooded cellars and deeper dungeons replete with strange architectural features. While the tower’s upper levels seem devoted to living quarters and the like, the extensive dungeons are altogether different. Pockets of wild magic drift about the lower levels and explorers report strange fluctuations in reality buried deep in the cellar’s deepest reaches. Additionally, spontaneously coalescing and collapsing planar and extra-dimensional portals add to the dungeon’s wild and chaotic nature.

Many have pondered the tower’s origin. Generally accepted wisdom is that the tower is a relic of one of the ancient civilisations thought to have once thrived within the forest. The tower’s remote location and the dangers lurking within stymie efforts to learn the truth of the matter.

Help your fellow gamers by adding a piece of dungeon dressing suitable for the Tower of Woe in the comments below!

3 Comments Share Tweet Print Email
Category: Campaign Components
Disclosure of Material Connection: Some of the links in the post above are “affiliate links.” This means if you click on the link and purchase the item, I will receive an affiliate commission. Regardless, I only recommend products or services I use personally and believe will add value to my readers. I am disclosing this in accordance with the Federal Trade Commission’s 16 CFR, Part 255: “Guides Concerning the Use of Endorsements and Testimonials in Advertising.”

3 thoughts on “Campaign Components: The Tower of Woe”