At the end of last session, our heroes finally completed their exploration of The Shadowed Keep on the Borderlands. At the end of the session, the party returned to the nearby frontier town of Piren’s Bluff to rest, recuperate and plan before turning their attention to the lost home of the famed dwarven smith Durgeddin the Black.

The hold, Khundrukar, has lain lost for a hundred years or so, but just before the turn of the new year, Adoven finally determined its apparent location – about three days journey north of Blasingdell, a small mining town standing in the very shadows of the Rakers in an area of heavily forested hill within a local landmark knows as The Stone Tooth.

Before they set out on their journey, however, it transpired that during their last foray into the Shadowed Keep, a small group of mounted Hextorites had entered Piren’s Bluff looking for Belivar. Hailing from the North Province, the men had seemed very keen to find the halfling – throwing a lot of gold around – but had been diverted by the townsfolk thankful for the party dealing with the bandits lurking within the ruined keep. Sadly, the well-meaning peasants had sent the searchers to Blasingdell – the party’s final stop on the way to the lost dwarven hold of Khundrukar. Understandably, the party were keen to know why such a large band of Hextorites would travel so far to find Belivar. It transpired that Belivar in his youth had fought at the battle of Slaughter Meadow among the ranks of Robann Kaveren’s forces. Kaveren was a minor Hextorite nobleman who often strove against his rival Karn Walfrenden – another minor nobleman of North Province. The man leading the Hextorites was none other than Tarrak Walfrenden, his second son. Belivar didn’t know exactly why he was sought, but he suspected that perhaps he was responsible for an important person’s death. Realising that they couldn’t really face a heavily armed band of Hextorites with much chance of success, the party decided to proceed cautiously.

In any event, the party set off for Blasingdell soon thereafter and reached the mining town without incident in the last few days of Coldeven. Asking around town, they discovered that they had again missed the Hextorites who were now thought to be in Ratikhill. They did learn, however, about Brax (a mad hermit that lived in the hills and demanded free food and drink of those passing through his “territory”) and that several days beforehand two explorers had disappeared into the forest searching for the Tomb of the Sleeping King. Having replenished their supplies, the party headed out in the hills the next day. 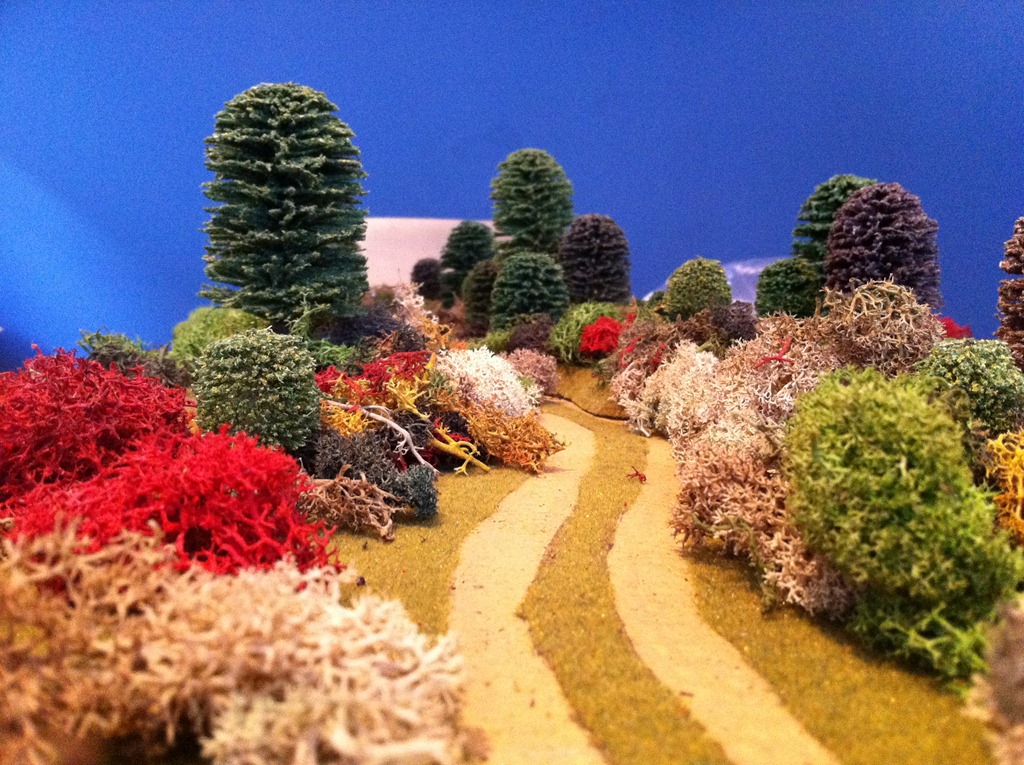 For two days, their journey was uneventful until suddenly a huge, grey-haired humanoid stepped out from behind a tree and started shouting at them in Giant (which luckily Krorz could speak). Correctly identifying the elderly giant as Brax – the hermit about which they had been warned – Klara set forth a veritable mound of food and drink which the giant gladly took. He seemed in a good mood and named Klara and Krorz his friends before stuffing his  face with the party’s victuals. He did not trouble the party further and they continued onwards deeper into the woods.

As dusk fell that same day, the party came upon an abandoned campsite. Searching the area they discovered a tent, rotting food and the remains of a fire pit. Nearby, they also discovered signs of digging and investigating further they discovered a stone door buried into the side of a hill! Guessing that this was the lost tomb of the Sleeping King, the party decided not to immediately investigate further, but vowed to breach the door the next morning. Their rest was without incident and the next morning, they forced the door open to reveal a tomb built by the ancient Flan folk who once dwelled among these wooded hills. Much of the tomb was abandoned, but in the final chamber they were attacked by the undead remnants of the tomb’s inhabitants (and later discovered the slain remnant of the two treasure hunters they had learned about in Blasingdell). Klara and Kemmo were both badly wounded by the creatures – one a cairn wight – before the foul undead were destroyed. Sadly, before it was destroyed the wight stole a portion of both brave adventurers’ life energy and although the tomb yielded up some fine treasures, the party decided to rest within overnight to allow the two to regain their vitality.

Thus, the party camped but early on in the evening, their rest was interrupted by a small band of marauding orcs drawn to the light of the PCs’ campfire. Although the orcs were quickly slain some of the party were injured and thus the next day was spent resting. Luckily, both Kemmo and Klara managed to fight off the wight’s malicious power and regain their life’s energy. Refortified the party continued the next day. Within a few hours of travelling, the party finally reached their destination. It was then that Adoven remembered that Khundrukar was overrun by orcs and trolls and disastrously the party had brought with them practically no alchemist’s fire. There was some muttering about his forgetfulness, but with Blasingdell three day’s travel away, the party had little option but to press on. From a vantage point, the party could see the Stone Tooth – the strange outcropping of rock under which the delve lay and could make out something of the surrounding terrain. Smoke drifted up through the trees somewhere to the east of the Stone Tooth and so the party decided to search the area before heading up the dwarven road leading to the delve’s entrance… 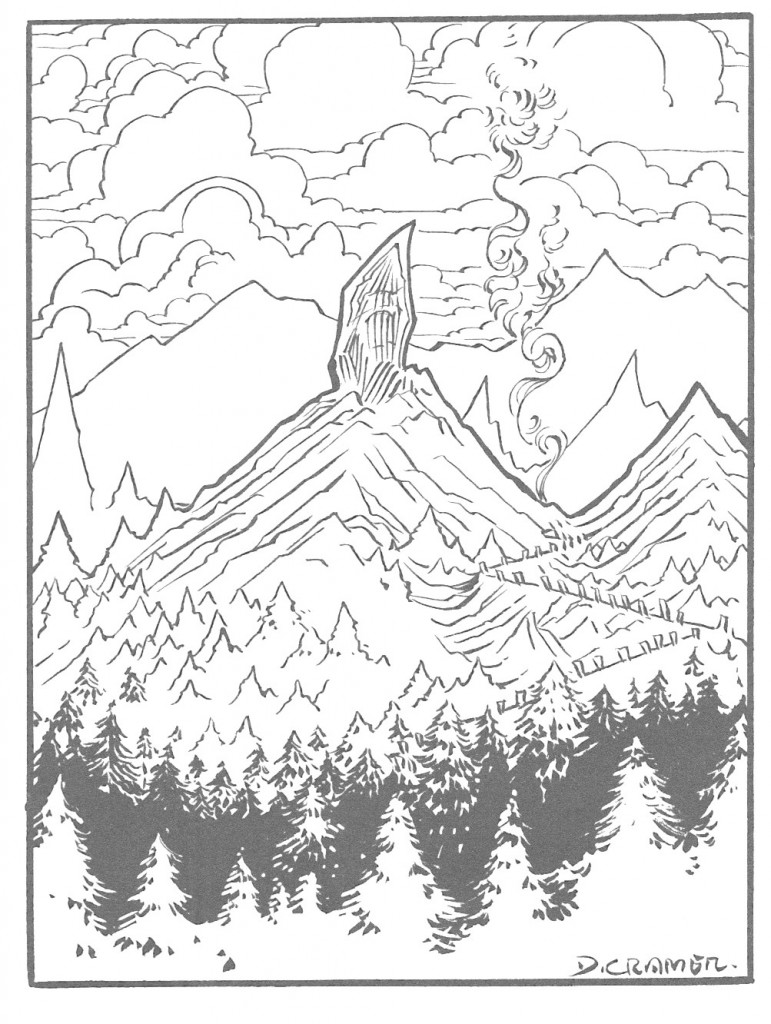